As per a report, Jiah Khan's mother, Rabia Khan mentioned to the court that Aditya Pancholi, father of the accused, Sooraj Pancholi revealed something vital on this matter. Read on to know more!

Late actress, Jiah Khan couldn't live a long life and left for the heavenly abode at the age of 25. For the unversed, she committed suicide on June 3, 2013, and was found hanging in her Juhu home when Mumbai police arrived there. However, she had proved her worth in the industry even in the short span of her career. She worked for a brief role in the Bollywood film, Ghajini, co-starring Aamir Khan.

Coming to Jiah Khan's suicide case, her mother, Rabia Khan, who has been fighting to get justice for her daughter, has claimed that her daughter's death was not suicide, instead, she was killed by her boyfriend, Sooraj Pancholi. For the unversed, Sooraj is the son of Aditya Pancholi and Zarina Wahab, and was in a serious relationship with Jiah for a long period of time. And as per reports, a few months before her death, she had also accused him of physical and mental abuse. 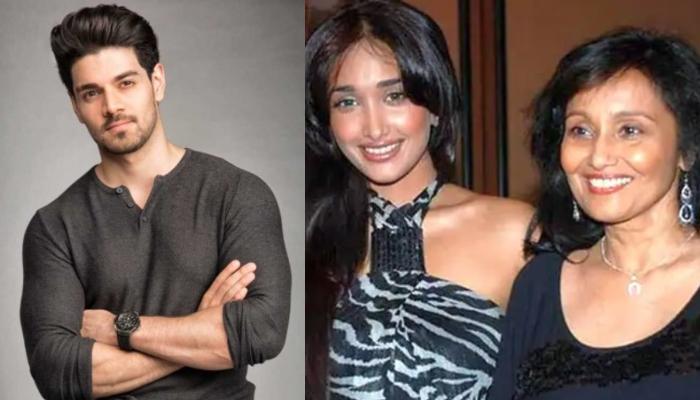 Currently, trials regarding the case are going on in the special court in Mumbai, and Sooraj Pancholi is out on bail. As per a PTI report, Jiah Khan's mother, Rabia Khan told the special court on August 18, 2022, that CBI and Mumbai Police didn't collect legal evidence to prove her daughter's suicide and claimed that the late actress was murdered. Rabia added that after finding her daughter's body, she called Anju Mahendroo, who arrived there with one Moin Baig within 10 minutes. And that the latter is also an eyewitness in this situation. Pointing toward the suicide note written by Jiah before her death and other evidence, Rabia said in court:

"Both the agencies (police and CBI) never collected any legal evidence to prove it was a case of suicide. I believe it is a murder and the accused is responsible for killing my daughter." Rabia continued by saying that afterwards, the Mumbai police had arrived at her daughter, Jiah's house and an officer claimed there was foul play while inspecting the scene. Soon, Rabia added that as the actor, Aditya Pancholi had entered the premises, he had said that his son, Sooraj ruined his own life. However, police had taken all the belongings of Jiah, even her mobile phone, which had many text messages and missed calls from Sooraj. Rabia even added during her testimonials that those text messages from Sooraj were filled with anger and abusive language. However, she mentioned that many messages and pictures were deleted from Jiah's phone after the officials took it. As per reports, Sooraj Pancholi had also issued an application against Jiah Khan's mother, Rabia Khan. In the application, he stated that she had been intentionally delaying the trial. According to him, Rabia had been dodging the summons and not appearing in front of the special CBI court. Sooraj's handwritten application could be read as: After Rabia's testimonials, the defence will cross-examine her on August 22, 2022.

Don't Miss: Kajol Talks About Hurtful Miscarriages Early Into Her Marriage With Ajay Devgn, Says 'It Was Tough'