'Bigg Boss 15' contestant, Jay Bhanushali's daughter, Tara Bhanushali missed her father and cutely tried to bring him back by getting inside the TV.

Television actor and host, Jay Bhanushali has entertained everyone all these years with his unmissable comic timing. However, now, he is one of the participants in the reality show, Bigg Boss 15. After making a rocking entry in the show, he showed both his angry and emotional side. In the initial episodes of Bigg Boss 15, Jay had shared with his co-contestants that how close he is with his daughter, Tara Bhanushali.

On the show, we had seen Jay Bhanushali was missing Tara. On the other hand, his wife, Mahhi Vij's Instagram profile is a proof of how much his daughter, Tara is missing him every day. We have also seen her watch each and every episode of Bigg Boss 15. Whether it is calling her father by his name or crying inconsolably for him so that he comes back to her quickly, this daddy's princess has done it all. Recently, Mahhi Vij shared a video on her Instagram handle in which we can see Tara Bhanushali trying to get into the television screen to meet her father, Jay. While breaking down into tears, the doting daughter called out ‘papa’ and then asked him to come to her by saying ‘papa aajao’. Further, she knocked on the television screen and planted a kiss on the screen, sending lots of love to her daddy. Alongside the video, Mahhi wrote:

“Looking for a door to enter…”

On October 14, 2021, Mahhi Vij had posted an adorable video of her daughter, Tara Bhanushali, on her Instagram handle. The doting mommy had asked her, where is papa, to which her baby girl, Tara had pointed towards the TV screen and had replied that he was on TV. In the video, we could see Tara kissing a piece of cloth to show how she had kissed her ‘papa’, Jay Bhanushali when she had seen him on TV.

Going further in the video, Mahhi had asked Tara what her father’s name is, and the latter had replied ‘Jay Bhanushali’ in her cute baby accent where she had failed to say ‘Bhanushali’ correctly. Though Tara couldn't pronounce her dad’s name correctly, her mother had helped her with it and it had surely sounded cute. Along with the video, she had written, “Tara she saying jay bhanushali bigboss” in the caption. The video had depicted how much the mother and daughter duo had missed Jay while he is away for Bigg Boss. 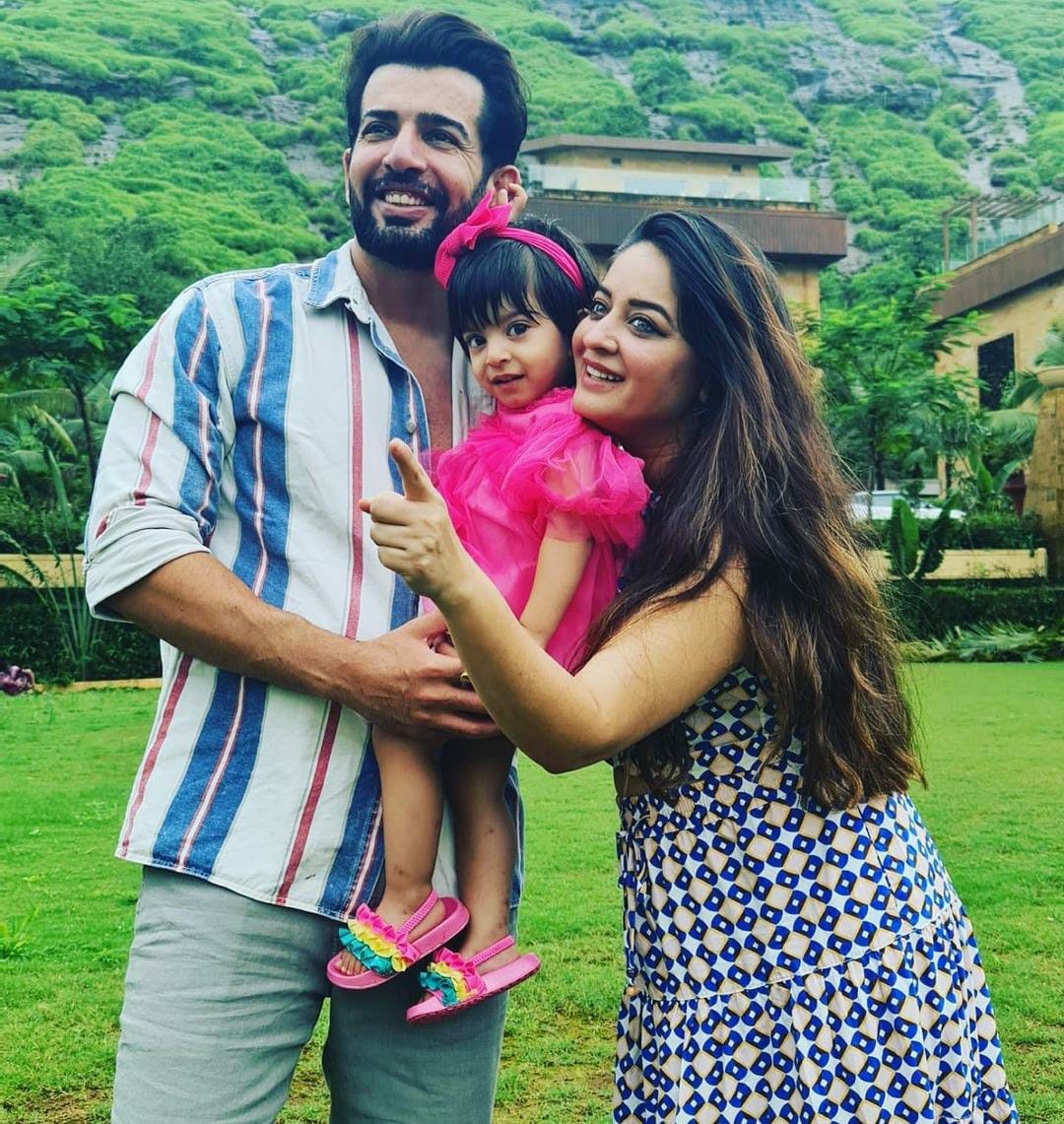 A few days back, Mahhi Vij had taken to her Instagram handle to share a cutesy video of her daughter, Tara Bhanushali. In the video, we could see her planting a kiss on a photo frame of hers along with her father. The video had expressed the unconditional love of the daughter for her father. The caption to the video could be read as, ''Our Hero'', followed by a red heart emoticon.

Also Read: Abhishek Bachchan Reveals Why He Feels Panicked After Being Praised By Father, Amitabh Bachchan After a long wait, India’s most controversial reality show, Bigg Boss is back with its 15th season and the fights between the contestants have already begun. With big names like Karan Kundra, Jay Bhanushali, Tejaswini Prakash, Umair Riaz and others on the list, we are sure this season is going