Shabana Azmi is currently in hospital under the doctors supervision after a car accident at Mumbai-Pune Expressway. Recently, her husband, Javed Akhtar gave a health update. 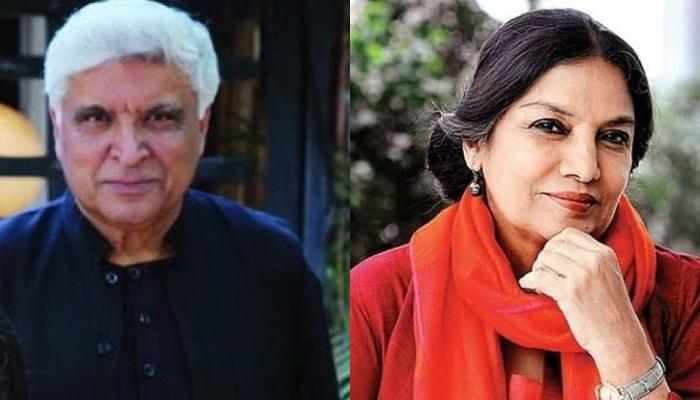 We live in a world that thinks love is just a 'feeling' and it fades away with time. However, in reality, love is a choice we make every day and choose to love our 'better-half' when they are not so lovable. Ahh, the story of every married couple! But for a second look at someone, who has a lifetime experience of it and choose to stay with each other after facing all the high and low tides of their life. They have found companionship and partnership that no other person can give them. And an exactly similar kind of love is shared between weaver of words, Javed Akhtar and actress, Shabana Azmi. They are the perfect example of true love!  (Recommend Read: Mohena Kumari Singh's 'London Thumakda' With Hubby, Suyesh Rawat Makes Us Wonder Who Did It Better)

For those who don't know, on January 18, 2020, Shabana ji had met with a car accident while travelling at Mumbai-Pune Express highway and had sustained severe injuries. Following which, Shabna ji was rushed to MGM hospital in Panvel and later, she was shifted to Kokilaben hospital. According to the reports of ANI, it is said that Shabana ji's Safari car was rammed into a truck near Khalapur which is over 60 km from Mumbai. The actress was sitting next to her driver and sustained injuries on her face, neck, and chin.

Since then, the entire nation is praying for her to recover and get an update on her health. Recently, Javed ji came forward to assure the fans that she is alright and not critically injured. In an interaction with Bollywood Hungama, Javed ji shared that Shabana ji is in the ICU but all the scan reports are positive. It seems there’s no serious harm done. Earlier, the hospital's CEO, Dr Santosh Shetty had also stated that the actress is stable and under observation.  (Also Read: Armaan Jain Calls His Fiancee, Anissa Malhotra 'Jaan' In His Romantic Instagram Post On Her Birthday)

Coming to their love story, it was in the year 1984, when Javed saab had tied the knot with Shabana Azmi. He had met her for the first time at famous poet, Kaifi Azmi’s home and instantly found himself being drawn towards her beauty. However, the actress has always maintained that she had deliberately ignored him because he was already married to Honey Irani and was a father to two children, Zoya Akhtar and Farhan Akhtar.

On December 10, 2019, Javed ji and Shabana ji had completed 35 years of their 'happily ever after' and the actress had taken to her Instagram handle to post a heartfelt wish. Shabana ji had written, "35 years together today and still smiling mashallah! The secret of success .. Javed says we are such good friends that even marriage couldn't destroy our friendship."

In an interview with the DNA, Shabana ji had shared the success mantra of their happy marriage. She had said, "That we hardly ever meet because both of us travel so much for work! There are times when we've said hi and bye at the airport! Jokes apart, we have the same family background and so much in common that ours should have been an arranged marriage. We share a common worldview and Javed is fond of saying, "Shabana and I are such good friends that even marriage couldn't ruin our friendship!". We respect each other and give a lot of space. Lately, however, I feel the need to chipko (stick) to him more and more and feel quite desolate when he is not around because he is my biggest source of strength."

In the same interview, Shabana ji had also opened up on one regret in her life i.e., of not embracing motherhood. She had said, "For a long time I didn't believe that I couldn't become a mother. But when I finally came to terms with it, then I didn't look back. I believe one cannot get everything in life and this vacuum had to come my way."

Despite the fact, Shabana ji is not having her own child, her step-children, Farhan and Zoya share a cordial bond with her. In an interview with the Verve magazine, Shabana ji had shared an anecdote of her relationship with her step-son, Farhan. She had revealed, "I think it’s difficult for children to decide what to call their stepmom. Aunty seems fake and you can’t say Mom the Second [laughs] so it is a struggle. Farhan was only 10 years old when I asked him to call me by my first name and I could sense his relief as the burden got lifted from his shoulders." She had further added, "They both make me laugh a lot. They are respectful but irreverent, which I find delightful. They are socially responsible adults and I like to think that, along with their parents, I’ve had some role to play in that."  (Don't Miss: Richa Chadha Reveals Details About Her Wedding With Beau, Ali Fazal, Says, They Are In A Happy Space) 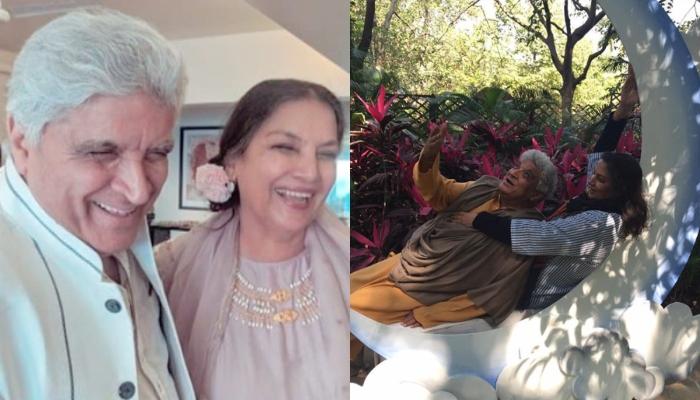 No better a couple in the Bollywood industry, than legendary lyricist and poet, Javed Akhtar and his wife, veteran actor, Shabana Azmi who know how to keep the love alive! And in a generation where love has an expiry date, the chemistry between Javed ji and Shabana ji is no less