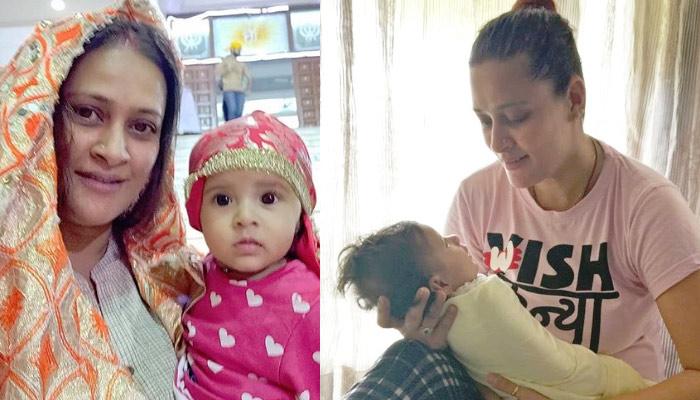 Ishq Ka Rang Safed and Sasural Simar Ka actress, Jaswir Kaur got married to a Mumbai-based businessman-boyfriend, Vishal Madlani on March 6, 2016. After enjoying their lives as a married couple for over two years, the couple entered the parents’ club on June 26, 2018, when Jaswir gave birth to a baby girl at Raheja Hospital. The couple lovingly named their little munchkin, Nyra, which in Hebrew means ‘plant’.  (You May Also Like: Sargun Mehta Reveals Husband Ravi Dubey's Idea Of Romance, Shares A Funny Experience)

Sharing the cutting from the newspaper, Jaswir announced the name of her little one. Along with the same, she penned this in caption, “Parenting and motherhood are one of the most important aspects of life for a lady... I guess my soul has another layer now by the addition of this beautiful angel we named "Nyra" Me and @vishalmadlani are absolutely excited to bring this little bundle into our lives #Motherhood #proudparents #beautifuljourneyoflife #together #Family #we #us #forever #happiness #blessingsindisguise... Thank u”.

Yesterday, on February 27, 2019, Jaswir took to her official Instagram account and shared an awwdorable pictures of her with little Nyra. The mom-daughter duo can be seen twinning in their printed shirts, and one thing everyone would say after seeing the snaps, “Like mother like daughter”. Below are the pictures that Jaswir shared along with the caption that could be read as, “Nyra's first visit to Kolkata God I have never travelled with so many bags.” (Also Read: Kareena Kapoor Has This Marriage Tip For Ranveer Singh To Be A Top Husband To Deepika Padukone) 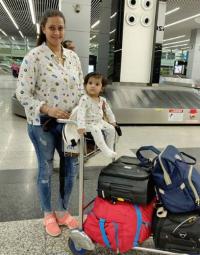 Ever since Nyra is born, the doting and loving mom has been sharing lovely glimpses and snaps of the princess. Lately, she shared a few snaps of the angel when she went to the Rotary Club to cheer up for her daddy. Sharing the snaps of the same, Jaswir wrote, “About yesterday, Sunday 10-02-2019 Conversation in between @vishalmadlani N Nyra Nyra : Maa I m ready let's go to cheer Paa playing Cricket for Rotary club Me : let's goooo Nyra : when will they start When will u play Paa. Paa: now in sometime Nyra : we won Paa : yes, see what I got Nyra : so many 5 trophies... All r yours? Paa: yes 5 is mine and we also won so there r Other trophies Nyra : u r the best Paa.”

In an interview with Bombay Times, the actress spoke about embracing motherhood and was quoted as saying, “I have always believed that life is beautiful and for me, it has come true after my marriage to Vishal (Madlani). I'm both nervous and excited about becoming a mother”. Also, in a throwback interview, when Jaswir was expecting her little one, she had shared, “There's no better feeling than knowing that you are carrying one more life within you. Today, I understand the importance of motherhood. I'm waiting for the day when we will bring another beautiful soul into this world." (Must Check: Taimur Ali Khan Beats Our Mid-Week Blues As He Goes On A Play Date With Peppa Pig) 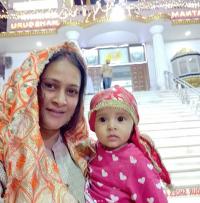 The Waaris actress had also shared her views on returning back to the screen, “After Waaris, I wanted to take a break. We belong to an industry where there is no dearth of opportunity for actors. I am still getting offers, but I want to balance my personal and professional life. The best part is that there is no age limit in a creative career; so, returning to acting will not be an issue. At this point in my life, I want to enjoy motherhood to the fullest.” (Also Check: Jaya Bachchan Shares Views On Amitabh Bachchan And His Once-Rumoured Muse, Rekha Working Together) 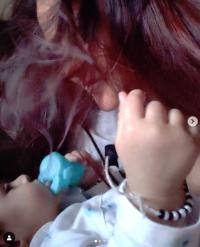 Such a lovely picture of this mom-daughter duo. Thank you Jaswir for sharing this!