Jankee Parekh Mehta shares her childbirth experience, revealing that she opted for a C-section delivery. She shared pictures from the labour room with the just-born Sufi and her hubby, Nakuul Mehta.

When the moment she's been waiting for the past nine months finally comes, it leaves a woman with mixed feelings. Every woman has her own, unique pregnancy, childbirth and motherhood journey. Pyaar Ka Dard Hai Meetha Meetha Pyara Pyara fame, Nakuul Mehta and his childhood sweetheart-turned-wife, Jankee Parekh Mehta embraced parenthood in February 2021 when they were blessed with a forever souvenir of their quarantine 2020. Since then, Jankee has been sharing her motherhood experiences with her son, Sufi Mehta.

Also Read: Jankee Parekh Praises 'Champion', Sufi For Being Resilient In His Surgery When He Was Two-Month-Old

To announce the arrival of their son, Nakuul and Jankee had posted a glimpse of their newborn's hand, holding his mommy's finger and the daddy-to-be holding his little one's tiny hand. Two weeks after the birth of their son, Nakuul and Jankee had announced the gender-neutral name of the newborn and she revealed the reason why they decided this name. Jankee had captioned her video as "'Sufi' A name that we decided when I was 3 months pregnant for our to-be first born, irrespective of the gender. Sufi symbolises spirituality, art, philosophy, literature, soul, song and everything that we stand for. From the time you were born, you have filled up our lives and hearts with so much love & we just can’t get enough of you. Mamma & Dadaa love you #myforevervalentine @babysufim."

Now, almost three months after the birth of Sufi Mehta, Jankee Parekh Mehta shares her childbirth experience, revealing that she opted for a c-section delivery. Sharing pictures from the labour room with just-born, Sufi and her hubby, Nakuul Mehta, Jankee wrote, "I often wonder how would it be if I was to have a normal delivery. Yes, I would have had to go through hours of labour pain before giving birth and also a quicker recovery as I am told by many of my friends and family members, but would it be any more joyful and fulfilling? Like many mothers, I delivered my son Sufi through a Cesarean birth on the 3rd of February 2021." Writing about sharing the first-hand experiences holding hubby, Nakuul Mehta's hand and calling it 'beautiful and joyful', Jankee Parekh Mehta continued, "I may not have experienced labour pain & contractions of a normal delivery but having my partner by my side holding my hand, him witnessing my abdomen being cut open & a new life being pulled out of it, to him cutting my umbilical cord were all things that I got to experience first hand through his eyes. This shared experience for us was so beautiful and joyful that I wouldn’t trade it for anything else. I was so fortunate to have had the best set of hands taking care of me right from my gynaecologist Dr. Drupti Dedhia, to my anaesthetist & all the nurses at Surya Hospital. But more than anything else, just to be able to experience the birth of Sufi alongside Nakuul, has truly been the most fulfilling moment in our journey together as a couple & also the most exhilarating 15 mins of our lives." 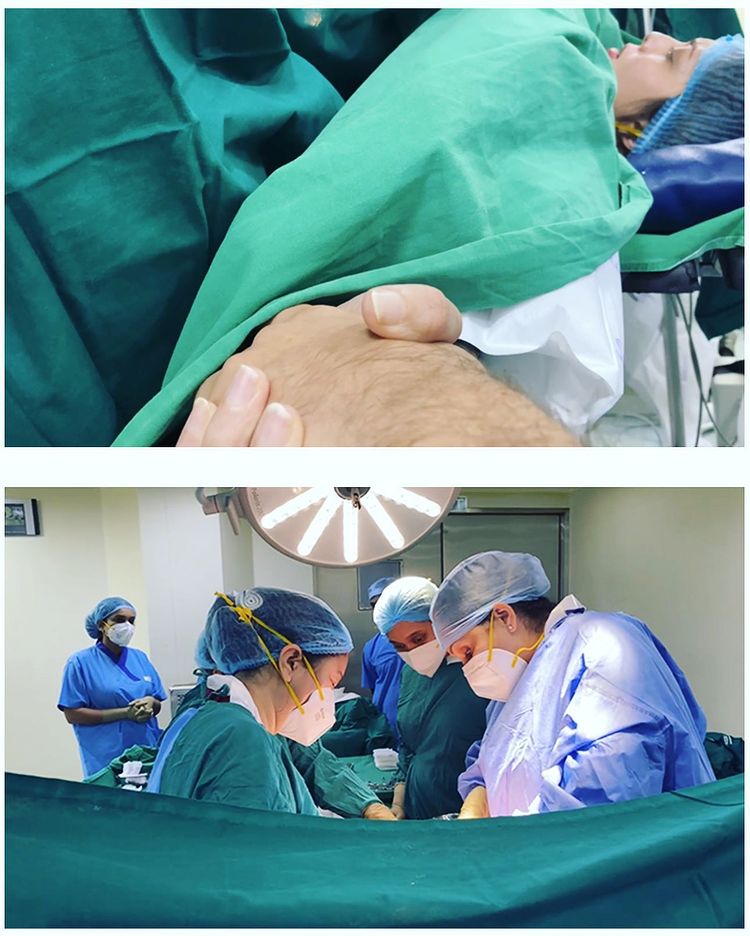 Expressing how glad she is to have a screenshot of the moments of Sufi's birth which they can show him when he grows up, Jankee Parekh Mehta concluded her note with "I am aware that partners right now may not permitted to be beside their wives in the OT because of covid protocols and we are eternally grateful to Surya hospital & Dr. Avasthi to have allowed us that opportunity. Soon after Sufi was out and whilst we were still soaking in the moment, we completely forgot to share the news with the most important people in our lives which is both sets of parents. Since we couldn't decide who to call first, Nakuul came me with the idea of doing a Conference video call to both Naani and Daadi. I am so glad we have this screenshot for posterity to show it to Sufi when he grows up." 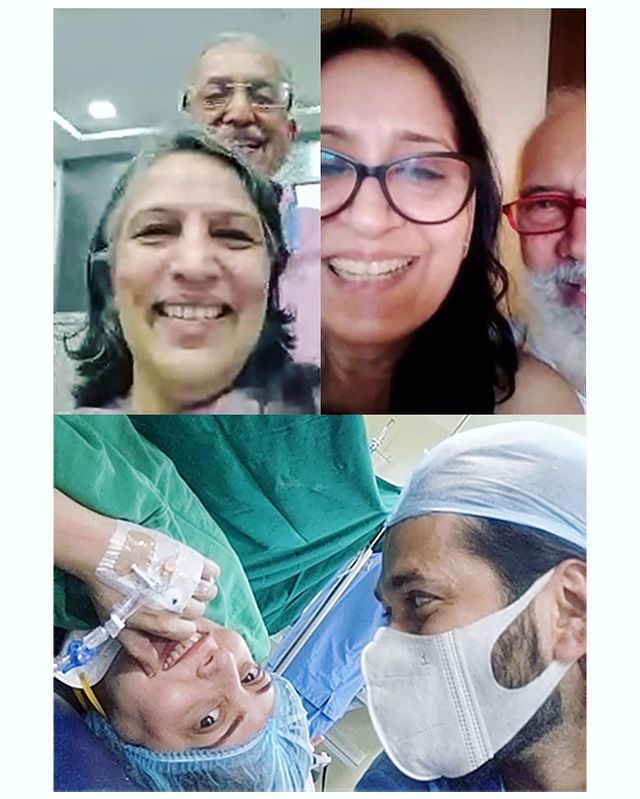 In an interview with the Hindustan Times, Nakuul Mehta had spoken about the surreal feeling of becoming a father and expressed the overwhelming feeling of being in the operation theatre and watching his child's birth. Nakuul Mehta had remarked, "It was overwhelming to be in the operation theatre (OT) besides my wife, and watch my child being born. I had heard it often enough, but nothing prepares you for that kind of rush. It’s surreal, deeply emotional and yet magical in so many ways. I’m not sure if the fact that I’m a father has sunk in completely yet. We're only a week into this, but I do feel infinite compassion and love for this new life and for everybody around me." We wish many more such happy moments for Jankee and Nakuul with their little bundle of joy, Sufi!