Janhvi Kapoor finds a new way to beat the quarantine blues, shares throwback pictures of childhood. Check the pictures below! Coronavirus has downright affected the entire world, making the world halt and wait for this vicious disease spread to come to an end. With the increasing cases in India, the country is under complete lockdown to obstruct the chain of coronavirus spread. People have been asked to stay at home in order to maintain their safety and avoid the infection. The ever working industry, Bollywood, has also stopped all its operations and all the celebs have self-quarantined themselves. But this isolation cannot keep them away from their fans, and thus a lot of B-town stars are now active on their respective social media handles, sharing pictures and videos about how they're spending their time during self-quarantine in their homes.

Ayushmann Khurrana had shared how painting has kept his kids busy, Mira Rajput had shared pictures of her daughter, Misha's handwriting, and ace director, Karan Johar had shared pictures about his kids' drawing sessions. Other than that, there are some celebrities, who are sharing their home workout sessions or how they are using their time to learn new things. Every B-town celeb is making sure that they keep their fans updated and also motivate them to stay at home and protect themselves and people around them from this deadly disease. (Read: Karan Johar Shares An Adorable Video Of His 'Future Modern Artists', Yash And Roohi Johar) 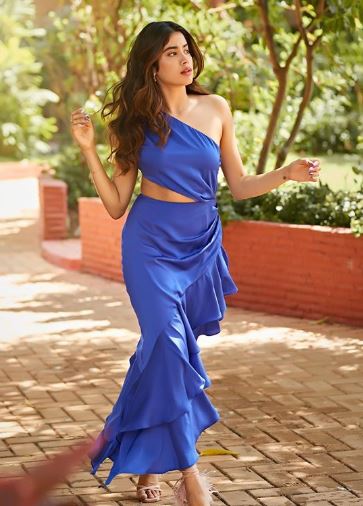 Among all these B-town celebs, Janhvi Kapoor, who is spending her time with her sister, Khushi Kapoor took to her Instagram handle to share a series of throwback pictures, leaving us asking for more. The actress first posted a picture of ‘Gajar Ka Halwa’ and then shared a picture from her childhood days with a caption, ‘Mood after Gajar ka Halwa’. After that, the actress shared a few more pictures from her childhood, making us believe that she is one amongst us. Take a look. 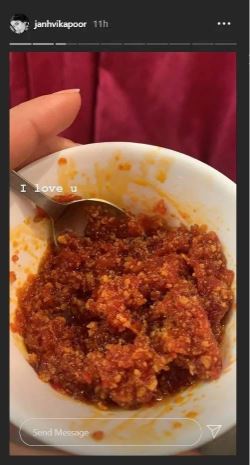 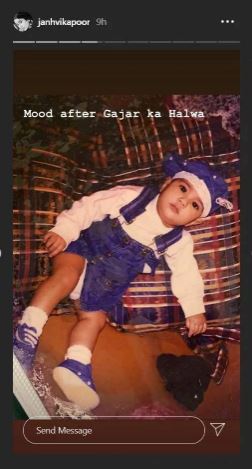 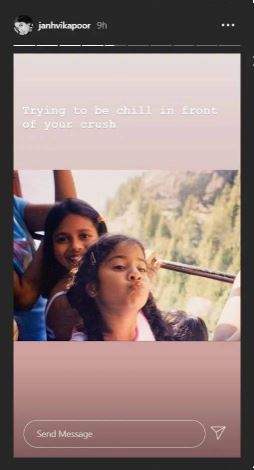 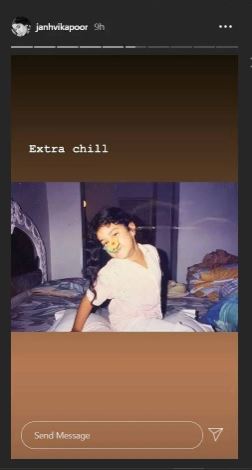 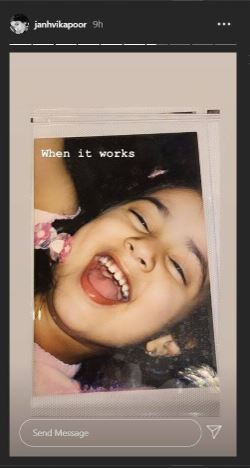 The Dhadak actress also shared some old photos of her parents, Boney Kapoor and late Sridevi, captioning one of the pictures as, “Goals”. Take a look. 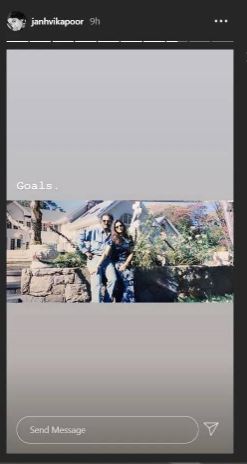 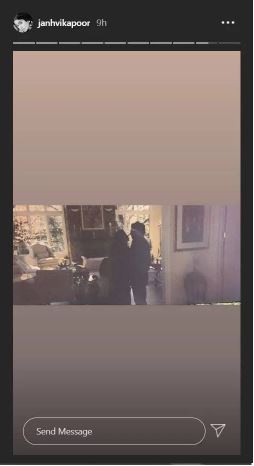 Janhvi Kapoor, who likes to stay as natural and raw as she can, recently had shared a picture of her isolation productivity. The actress can be seen wearing clear glasses and multi-color t-shirt while she flaunts her paintings, all smiling. She had captioned the picture as, “Self isolation productivity” Take a look below. (Recommended read: Deepika Padukone And Ranveer Singh Post Heartfelt Notes Remembering Prakash Padukone's Historic Win) 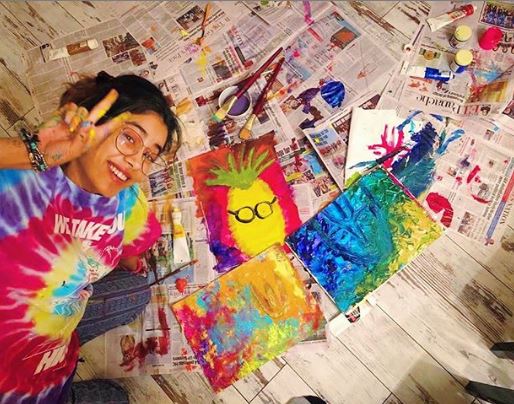 The self-isolation period has got Janhvi Kapoor on a throwback spree, as recently she had shared two throwback pictures with her fans. She shared a picture of her father, Boney Kapoor and late mother, Sridevi from the sets of Mr. India. In the picture, late actress, Sridevi can be seen dressed as Charlie Chaplin for one of the scenes from the movie, while Boney Kapoor can be seen in his casual-wear. Janhvi had captioned the picture as ‘When he says it is boys night but u still wanna hang’. Take a look. 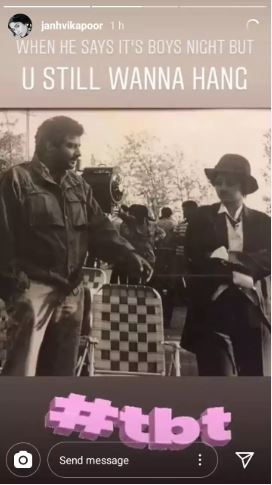 In another picture, Janhvi’s papa, Boney Kapoor can be seen dressed as a dacoit with a gun and string of bullets around his shoulder, as he sat on a horse and posed for the camera. The actress had captioned the picture as ‘Yeah my dads super chill’ (You may also like: Mira Rajput Shares Picture Of Daughter, Misha Kapoor's Notebook And Her Handwriting Makes Us Smile) 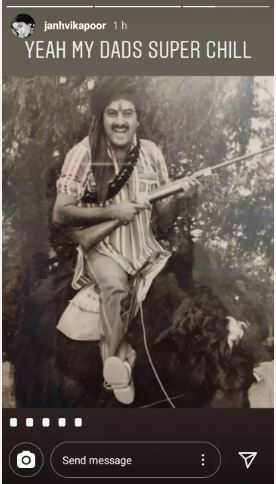 Do you also love this throwback series of Janhvi Kapoor like we do?