The past year (2018) has been a mixed year for the Kapoors. The year began with the passing away of legend Sridevi Kapoor, mid-year began with Sonam Kapoor and Anand Ahuja’s fun-filled marriage, followed by Janhvi Kapoor’s debut film, Dhadak soaring high at the box office. With so many major happenings for the Kapoor clan in the past year and thanks to innumerous interviews, looks like we have come a little closer in knowing the Kapoor family really well. (Do Read: Did Ranbir Kapoor's Sis, Riddhima Kapoor Sahni Gift Unique Gold-Plated Love Bands To Alia And Him?)

Speaking specifically about Janhvi Kapoor here, the star daughter has been making headlines, thanks to her fashion sense and talent. Janhvi’s Instagram stories and pictures also gives us a sneak peek of her sister-life with Khushi Kapoor. Remember how a few days back, a particular activity of Janhvi made Khushi ‘hate’ her sister? For Priyanka Chopra's Social For Good event, the Dhadak star had sported a dress which was stolen by her from her baby sister, Khushi’s wardrobe! Sharing a screenshot of their fun personal chat, Janhvi wrote, “When you steal your sister’s clothes hehehe”. A mere glance at their conversation and you will feel like sharing it with your sister right away! Here’s the snapshot: Speaking about Janhvi's stunning dresses again, looks like we now have to give credit to one more person from the Kapoor clan other than her stylists, for the final approval of every dress comes from this person from the Kapoor clan. Any guesses as to who would it be? It is none other than Janhvi’s father, Boney Kapoor! In a recent interview, the Takht actress stated that they have a family group wherein she gets approvals on the same, "We have a WhatsApp group called Dad’s Kids’ which has me, Khushi, Anshula didi, Arjun bhaiya, and dad on it." She further added, "And I send all my outfit pictures along with looks from different photoshoots on that group. In fact, most of my outfits need to be approved by dad, otherwise, I don’t feel confident wearing them."  How cute! Speaking about her dating scenario at home, Janhvi stated sometime back in an interaction, "Dating has always been a situation at home. I don't know why but it has always been. Mom and dad were very dramatic about it and would say, 'When you like a guy, come and tell us, we will get you married.' And I am like, What!! We don't have to get married to every guy we like. We can also be like chill. She was like chill? What does it even mean? So they don't understand the concept of chill." (Must Read: Rajinikanth And His Family Visit Tirupati Temple With Daughter, Soundarya's Wedding Invitation Card) In an interview with Bombay Times, Janhvi's father, Boney Kapoor stated that he would like to direct his daughter, Janhvi and son, Arjun someday in a film, "Owing to my production job, as well as my personal liabilities, I could not direct films. However, the fire of direction has been ignited within me again. I feel, since I have actors Arjun and Janhvi at home, I would love to direct a film based on a brother-sister story. For a long time now, a tale of sibling love has not been shown on celluloid. Therefore, I will be directing a tale based on a brother and sister. I plan to take the entire Kapoor family, including chacha Anil Kapoor and Sanjay Kapoor too, whose second stint has begun well and he is doing well on the professional front.” Speaking about how Janhvi is in real life, her father, Boney Kapoor had shared in an interview with SpotboyE, “She is a very warm, affectionate child with proper netiquettes. All those who have interacted with her tell me that. I am fortunate that people have to say such good things about all my four children- they say that they have been very well brought up. About advices that he would like to give his daughter, “Keep things simple. There is a lot of negativity in our profession. Different people have different agendas. Just do your work with honesty and sincerity, they will all start talking positively about you one day.” Don’t you want to know if Janhvi is more like her father, Boney or her mother, Sridevi? The doting daddy had revealed, “She's got good points from both of us. Also, she has her own individuality. She knows what she wants to do and what she doesn't want to do. And, I respect that. Everything will be discussed at home but the final decision will be her's.” Speaking about the kind of father Boney is, he had revealed, “I am a friendly father. I have been through this age. I know its pitfalls and the bright spots. All my children are within limits. As far as her career moves of Janhvi are concerned, she will have Karan and me around. But I won't live forever. She is young. I am 62-63.” 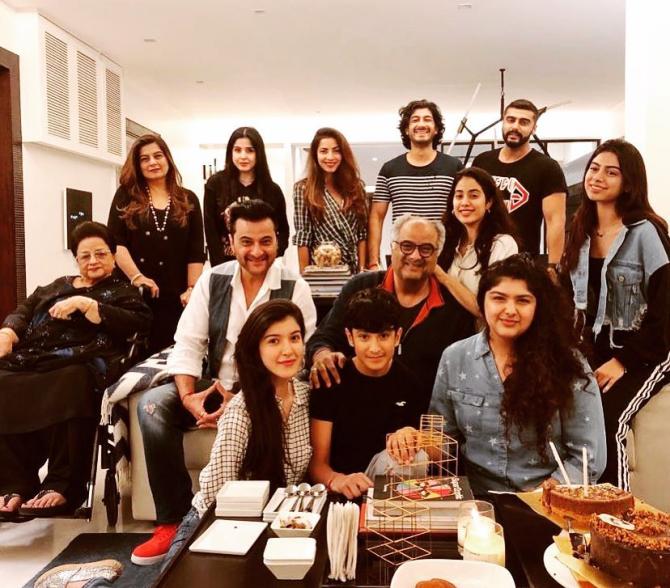 Further speaking about his star kids, the star producer had revealed, “As I said, I am blessed to have these four. They love each other a lot and I am glad that they have come together. It was due to happen anytime, it just happened when something unfortunate happened. They are all my blood and they had to come around. I give credit to all four, but yes, more to Arjun because he is the eldest. He flew in to Dubai to be with me. Anshula was in Mumbai with Janhvi and Khushi. They have happened through two different mothers but why should they get affected? They need their father now, and I am going to be around them.” (Also Read: Sushant Singh Rajput Can't Stop Praising Ex-GF, Ankita Lokhande For Her Performance In Manikarnika) 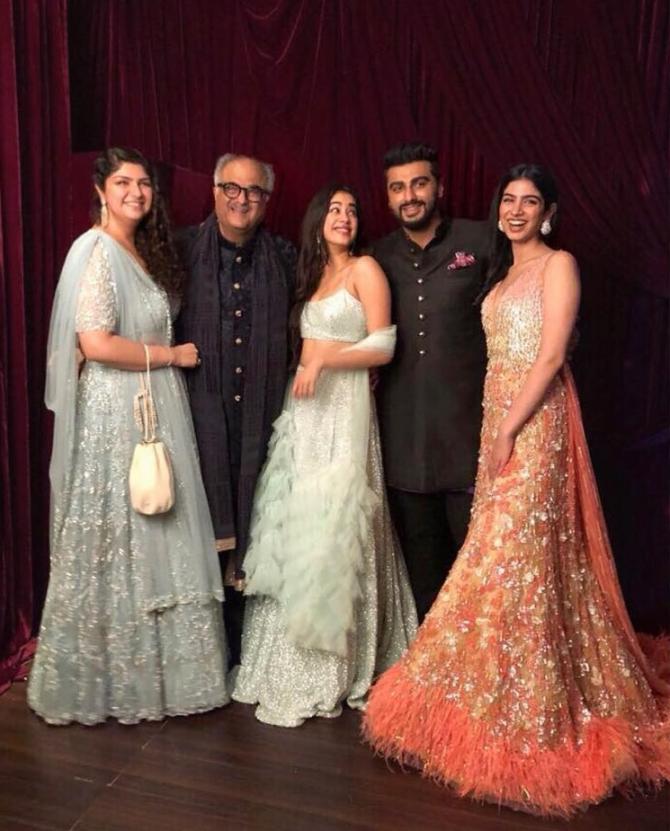 Guys, are you also a part of any such similar WhatsApp group? Keep us posted!