There is no denying the fact that the sudden demise of one and only ‘Chandini’ of our Indian cinema, Sridevi has shocked everyone. No one could believe it to be a true story. After Sridevi’s demise, the uncertainty of life came into forefront yet again. Her sudden departure from this world has hit everyone very hard. While hubby Boney and daughters Janhvi and Khushi were mourning her death, their pillars of support tend out to be Arjun Kapoor and Anshula Kapoor. Yes, the two stood by them in this darkest phase of their lives. Papa Boney even thanked Arjun and Anshula for being there for them. He wrote, “I am blessed to have the support and love of Arjun and Anshula, who have been such pillars of strength for myself, Khushi and Janhvi. Together, as a family, we have tried to face this unbearable loss.” Everyone noticed Arjun and Anshula’s kindness and support during this time and people started loving them even more. 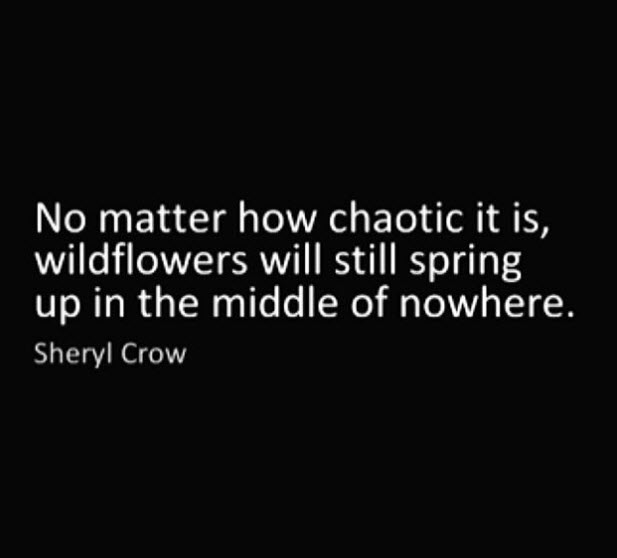 While Arjun is back to work and has started shooting for Namastey England in Punjab, Anshula is still with Boney. Lately, she shared a message on her official Instagram account that gave us a hint towards greener pastures of life. Here’s what the post of her read, “No matter how chaotic it is, wildflowers still spring up in the middle of nowhere.” And put this caption along with it, “Strong willed, they dare to blossom & hold their own, spreading their beauty wherever the wind takes them. Wildflowers dare greatly.” 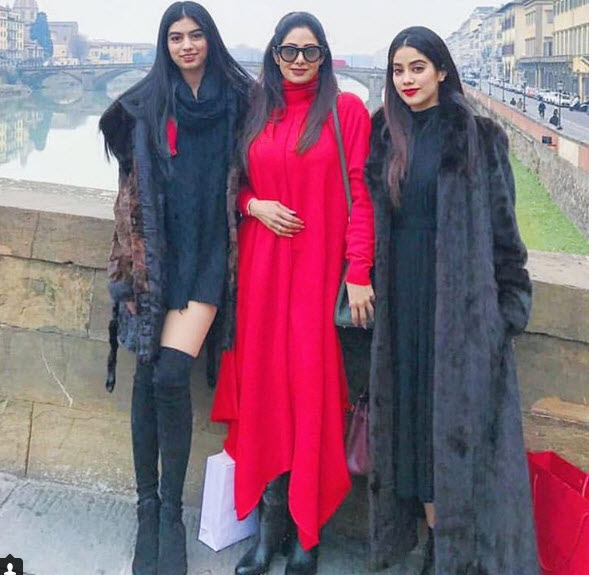 This post of Anshula bagged a lot of positive comments, but then, there was a fan of Arjun who bad-mouthed Janhvi and Khushi. And at this point, Anshula waited no further and deleted the comment. Not just this, she also shut the troll in a very decent and subtle manner without harming anyone’s sentiments. She replied to that fan and wrote, “Hi, I’m requesting you to refrain from using abusive language especially towards my sisters, I do not appreciate it & have therefore deleted ur comments. While I am grateful for your passion & love for bhai & me, just a small correction - I was never working outside India. Let’s please spread joy & good vibes. Thank you for the love.” Well done Anshula! Here is the screenshot of her comment: 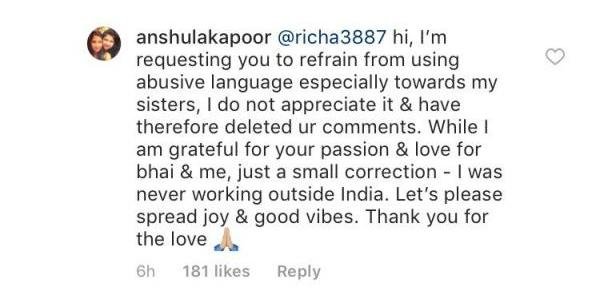 In an interview earlier, Arjun talked about his relationship with step-siblings Janhvi and Khushi and said, “We don't really meet and spend time together so it doesn't really exist." He also went on to say, “My sister, Anshula, has stood by me like a rock. She has gone through far worse. She's younger than me. I still had 11 years with my father living in the house. I had my mother living with me for 25 years but she only got 20. Imagine a child who has been through a life where the father couldn't be physically around all the time after the age of 5. And the mother who was there physically all the time and then after 20 years, she wasn't there. Imagine the psychological scarring of that child. She's still more mature, very well-educated, honest and sincerer than me." But keeping aside all the grudges, he rushed to Anil Kapoor’s house after the news broke. Not just that, he even flew to Dubai to be by father Boney’s side and bring back the mortal remains of Sridevi. 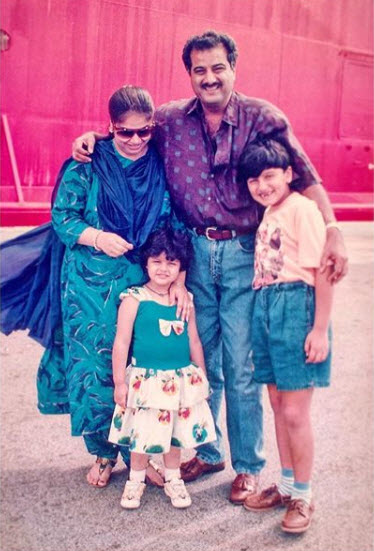 For those unaware, Anshula and Arjun are Boney Kapoor's kids from his first wife Mona. Mona passeds away in the year 2012 due to cancer. On the other hand, Sridevi died on February 24, 2018, in Dubai due to accidental drowning and was cremated with state honours on February 28, 2018. There is one connection between Mona and Sridevi's death. Both of them died before the release of their kids’ debut film.

Anshula and Arjun, you both just won over many hearts with your maturity and support towards Boney, Janhvi and Khushi. And we must say, what a reply Anshula!