Janhvi Kapoor is in awe for her father, Boney Kapoor as the director recreated the iconic look of late Shammi Kapoor from his hit-film, 'Junglee'. 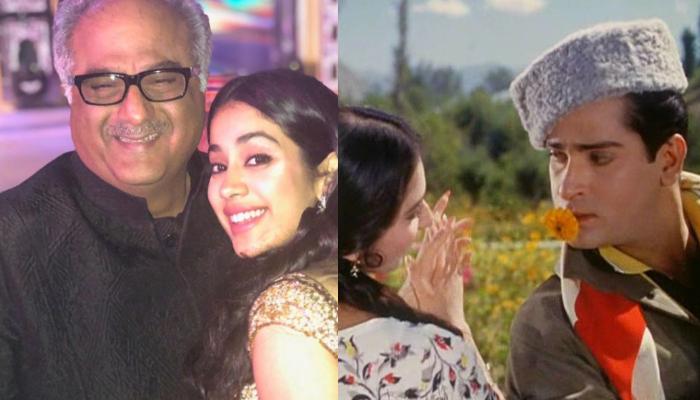 We have seen a lot of actors over the decades in Bollywood industry. Some entertained us with their dialogue deliveries, some with their action sequences, some with their extraordinary expressions, and some with their energy. No matter whose name we pick up in our mind, there’s always another name ready to outcast that name from the backend of our brain. However, there’s one name that stops us for some second and brings a smile on our faces. The actor who is regarded as one of the greatest if not the greatest actors ever to grace the big screen. The man is known for his unique expressions, unbelievable acting skills, high-voltage energy, and eccentric dance moves. He was, is, and will always be the one and only ‘Rockstar’ of Indian cinema, Shammi Kapoor. The late legendary actor has starred in more than 50 movies in a span of 2 decades. (Recommended Read: Kamya Panjabi Reminisces Beautiful Memories Spent With BF, Shalabh Dang, Shares An Adorable Picture)

Shammi Kapoor has portrayed a lot of unusual characters in his long career but it was his character, Chandra Shekhar from hit-film, Junglee that cemented his position as one of the best actors ever. There’s no arguing the truth that somewhere deep inside we all watch that one particular scene on repeat from the film, Rockstar, in which we see Shammi Kapoor’s character, Ustad Jameel Khan coming into Piyush Mishra’s character, Dhingra’s office where he sees Ranbir Kapoor’s character, Jordan for the second time in the film and had advised Dhingra saying "Yeh bada jaanwar hai, aapke pinjare me nahi samayega, Ye apni duniya banayega, espe uska haath hai, uski enayat hai, laga dijiye espe dhingra sahab, bahut kamayenge." We are in love with Shammi Kapoor as simple as that. 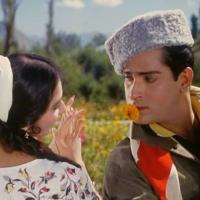 However, the reason why we are getting wet in Shammi Kapoor’s hangover all of a sudden is because of Bollywood’s popular director-producer, Boney Kapoor. Recently, lyricist and writer, Javed Akhtar celebrated his 75th birthday in Mumbai with a retro theme. There were a lot of Bollywood celebrities at the party but all the attention got hooked on Boney Kapoor as he recreated the iconic look of late Shammi Kapoor from his hit-film, Junglee. The young actress and Boney Kapoor’s daughter, Janhvi Kapoor shared her dad’s cute pictures on her Instagram stories. Have a look at the adorable pictures down below: (Also Read: Rakesh Roshan Reveals How Hrithik Roshan Couldn't Handle Stardom He Got After 'Kaho Naa Pyaar Hai') 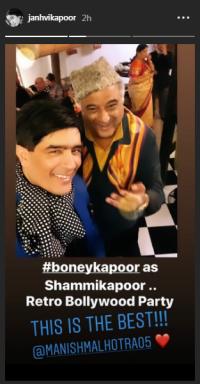 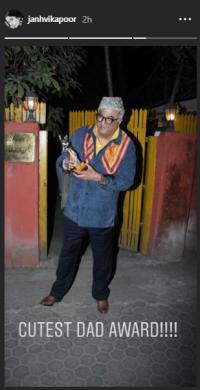 Well, we have to agree with Janhvi Kapoor because Boney Kapoor is looking remarkably cute in this retro look of Shammi Kapoor. This is not the first time when Janhvi had posted a picture of her dad on her Instagram handle as time and time again, the Takht actress had expressed her immense love for her beloved father in numerous interviews in recent years. Sometime back, Janhvi had taken to her official Instagram handle and shared an Instagram story, in which she had revealed that she’s proud of her dad, Boney Kapoor for losing 12 kilos in the past few months. Janhvi had shared the picture of her father and had written, “Papa lost 12 kgs!!! Slim trim and healthy so proud!!! #Finally.” Check the picture below: 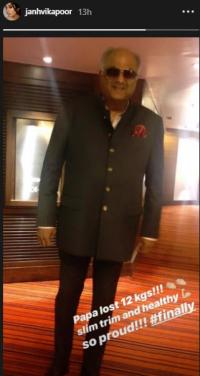 The young actress had also talked about the reaction of her father and late mother, Sridevi on her dating life in a media interaction during the promotions of her debut film, Dhadak. The actress had remarked, "Mom and dad were very dramatic about it (dating). (They would say) ‘when you like a guy, come to us and we’ll get you married.’ And I’m like what!? You know we don’t have to get married to every guy we like. Like we can be chill also." And when Janhvi would ask Sridevi to be chill, Sridevi would be like, "Like chill, what does chill mean?"

Even Boney Kapoor didn’t shy away from answering the rumours of his daughter dating her co-star, Ishaan Khatter in the past. The renowned producer had answered what he thinks about the rumours in an interview with SpotboyE and had said “Yes, Ishaan and Janhvi have done a movie together and they must have become friends. I respect my daughter and her friendship with Ishaan.” Well, no wonder it’s hard to find any other father-daughter duo in the industry that holds this level of trust and affection. (Must See: Geeta Phogat Announces The Name Of Her Newborn Son With A Lovely Picture That Exudes 'Maa Ki Mamta') 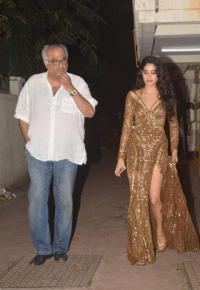