'Dostana 2' actress, Janhvi Kapoor buys three luxurious flats in Juhu worth Rs 39 crore and has received heavy trolling from the netizens as hey questioned her filmography. Take a look!

Bollywood actress, Janhvi Kapoor had made her debut in the industry with her commercially successful film, Dhadak opposite Ishaan Khatter. Since then, there's no looking back for the actress, who will be seen next in Dostana 2 alongside her rumoured boyfriend, Kartik Aaryan. The two are holidaying in Goa at the moment, and their adorable selfies, romantic bike rides, and stunning camaraderie have taken over the internet in no time. However, the rumoured pair isn't receiving much love and compliemnts from the audience for their chemistry. Instead are getting trolled for their age difference by the netizens. (Recommended Read: Anil Kapoor Confirms That Tiger Shroff And Disha Patani Are Dating Each Other On TKSS)

The rumoured couple's cute PDAs were leading all the headlines until another big news centred around the gorgeous Janhvi Kapoor has surfaced on the internet. There are reports that Janhvi Kapoor has purchased a luxurious flat in Juhu worth Rs 39 crore. Netizens have soon started trolling the actress for doing just four films and buying such massive and pricey properties. Scroll down to know all the details! 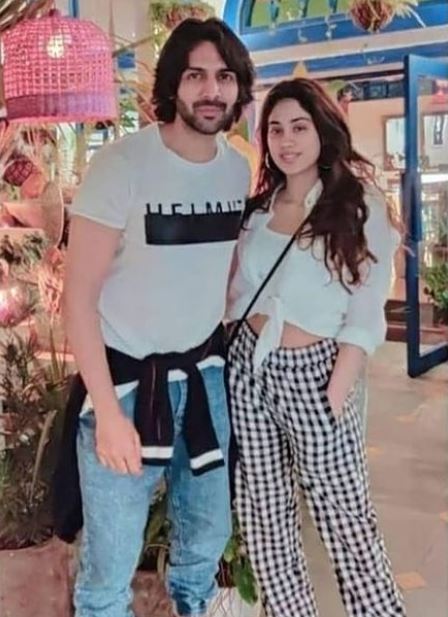 According to a report in squarefeatindia.com, it has been stated that the 23-year-old actress, Janhvi Kapoor has purchased a luxurious property in the posh area of JVPD locality, Juhu in Mumbai. The deal was sealed with a whopping stamp duty of around Rs 78 lakh back in December 2020. It isn't just a single flat but a combination of three super-spacious lavish flats that are spread across the three floors, 14th, 15th, and 16th floor of the apartment. Janhvi Kapoor will also have access to six huge car parking spaces in the beautiful apartment building, and it has been reported that the actress has paid Rs 39 crore for the magnificent house. The actress has started her New Year with such an incredible feat but has again faced severe trolling from the netizens, questioning her earnings. While some users suggested that Janhvi has purchased this property by using her parents' money, some are taunting her for her filmography. Take a look! 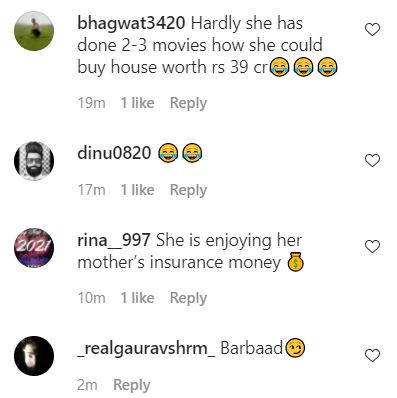 This is not for the first time when netizens have trolled Janhvi Kapoor for the decision and choices she had made in her personal life, as time and again, we have seen trollers going below the belt in order to disturb the spirit of the actress. Last year in the month of August, as per ETimes, Janhvi Kapoor had talked to a news portal and had revealed the kind of trolling she had received so far. She had revealed that when Dhadak was released, she had even received demeaning comments like, 'Good that your mother is not around to see this'. (Don't Miss: Madhuri Dixit Credits Sriram Nene For His Culinary Skills, Says She Learnt Cooking After Marriage) 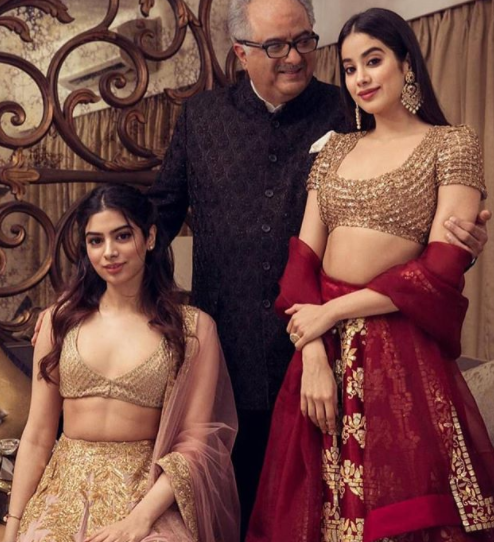 However, the actress had stressed that she would rather take the criticism and trolling as a perfect opportunity to better herself. But in a conversation with famous movie critic, Anupama Chopra, the actress had revealed that her father, Boney Kapoor was a little bit depressed and worried by the hatred and trolling she had received after the release of Gunjan Saxena: The Kargil Girl. The doting daughter had stated that her father was hopeful that the audience would like her performance in the movie as he had liked his daughter's acting in the film. But when Boney ji had visited social media, he was utterly disappointed to see the mean comments his daughter was receiving from the audience all over the internet. However, Janhvi had clearly stated that the situation had transformed her into more of a fearless person. (Also Read: Mommy-To-Be Anushka Sharma Becomes 'Serial Chiller In The House' Ahead Of Due Date And We Are In Awe) 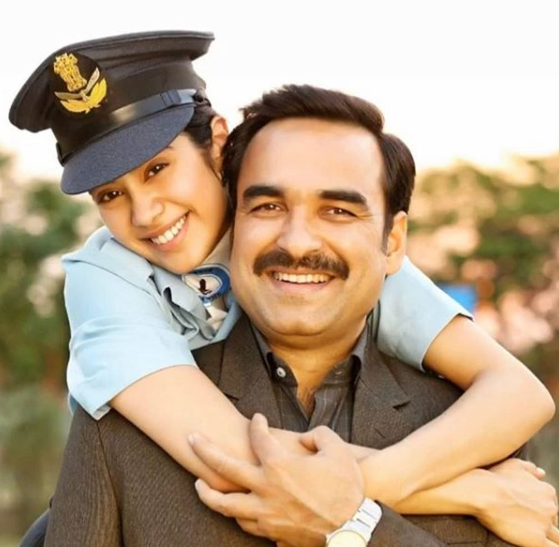 What are your views on Janhvi being constantly trolled by the netizens? Let us know!