On May 25, 2019, Karan Johar turned 47 and he had organised a grand bash on June 12, 2019, to celebrate with his industry friends. And Janhvi Kapoor and Ishaan Khatter twinned in white for the bash. A lot has been written and said about the celebrity couples who have played the hide-and-seek game about their relationship status with media and their fans. From Tiger Shroff and Disha Patani, Alia Bhatt and Ranbir Kapoor, Janhvi Kapoor and Ishaan Khatter to Malaika Arora and Arjun Kapoor, Sidharth Malhotra and Tara Sutaria, these couples are often surrounded with questions of 'are they dating?' or 'aren't they dating?'. (Also Read: Disha Patani And Tiger Shroff Celebrate Her Birthday With A Dinner Date, Happily Pose For Paparazzi)

Ever since the first look of 2018 star-kid debutants, Janhvi Kapoor and Ishaan Khatter came out from their first film, Dhadak, they became our instant favourite and have been reigning our hearts like how! Despite the mixed reviews their film had received, everyone loved the on-screen and off-screen chemistry between Janhvi and Ishaan. So much so that it made everyone speculate if something ‘more than friends’ is brewing between Janhvi and Ishaan. Time and again, Janhvi and Ishaan have brushed off such conjectures and continue to chill with each other. 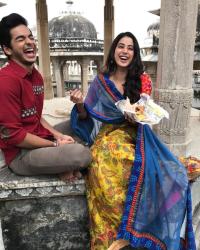 And June 12, 2019, was no different! On May 25, 2019, Karan Johar turned 47 and the filmmaker had organised a grand bash on June 12, 2019, to celebrate the same with his industry friends and family. Katrina Kaif, Sidharth Malhotra, Tara Sutaria, Kartik Aaryan, Sonakshi Sinha, Raj Kummar Rao, Patralekhaa, Neha Dhupia, Angad Bedi, Farah Khan, Kriti Sanon, Vicky Kaushal, Janhvi Kapoor, Ishaan Khatter, Kiara Advani, Siddhant Chaturvedi amongst others. What caught our attention was the rumoured lovebirds, Janhvi and Ishaan twinned in white at the bash as she wore a white top while he looked dapper in a white t-shirt.

A while back, Ishaan Khatter had appeared on the second season of Anaita Shroff Adjania’s chat show, Feet Up With The Stars. When the host of the show had asked Ishaan about one of the most annoying habits of Janhvi, this is what the Dhadak debutant had shared, "She is a mastikhor. She knows which buttons to press. It's irritating because sometimes, she will go on a tangent when it's not required and she will stay on it." He had further added that she "fights when she doesn't want to fight". (Also Read: Aryan Khan And Suhana Khan Spend Quality Time Partying Together, Giving Us Millennial Sibling Goals) 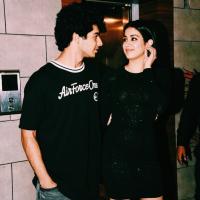 Reminiscing the first time they had met and how they broke the ice, Ishaan Khatter had recalled, "The first time we met, we saw La La Land. Because she had not seen it and I had seen it five times. It's such a great film and she hadn't seen it, and I was like ugh. We started our exchange with films. By the time we got on set, we were bum chums.” 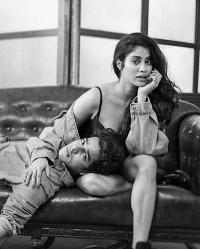 And when Janhvi Kapoor had appeared on Feet Up with Stars season 2, she had talked about her father, Boney Kapoor’s first impression upon seeing Ishaan Khatter. She had said, “Dad thinks Ishaan is a lovely actor and a nice boy. That’s all he thinks.” When she was further asked about how her father deals with her dating life, the actress had revealed, “Yes, except I don’t have many dates because dad believes... (no boy) is good enough for me.” 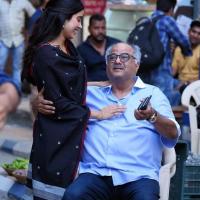 Speaking about her first co-star, Ishaan Khatter, in an interview with the Hindustan Times, Janhvi Kapoor had stated, “Till now, he is the only person I have worked with, and it was easy to team up with him because I think we get along really well. Also, as an actor, I am in awe of him and the way he approaches his scenes. Plus, he has great energy [as an actor], and it is probably because he is new too. But what helped me a lot was the fact that he is {a} more experienced {actor} than me.” (Also Read: Aamir Khan's Daughter, Ira Khan Confirms Being In A Relationship With The Musician Mishaal Kirpalani) 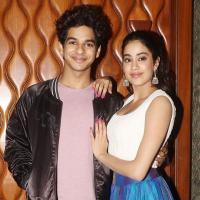 On May 30, 2019, Janhvi Kapoor had posted an oh-so-stunning picture of herself on Instagram and her Dhadak co-star, Ishaan Khatter couldn’t stop himself from commenting on her post. Janhvi and Ishaan’s social media banter over a ‘carrot’ began and the former gave it back to the latter’s comment in her own style. Check out embarrassed Janhvi’s comments on her post: 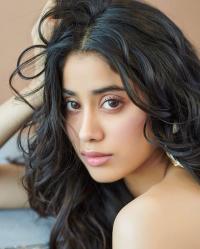 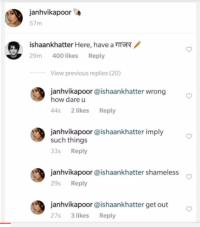 Who is your favourite twinning partner? Let us know! 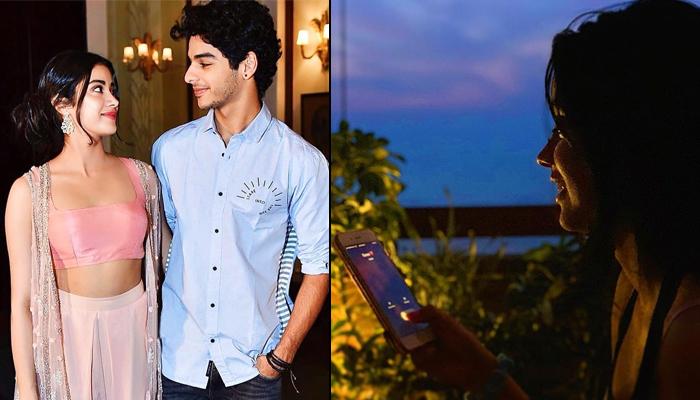 From being gym buddies to hogging on delicious pizza, sometimes it looks like B-town and nation’s Dhadak, Janhvi Kapoor and Ishaan Khatter are the best of friends and other times, we feel there is something brewing between them. Janhvi and Ishaan are doing little to suppress rumours about their relationship. 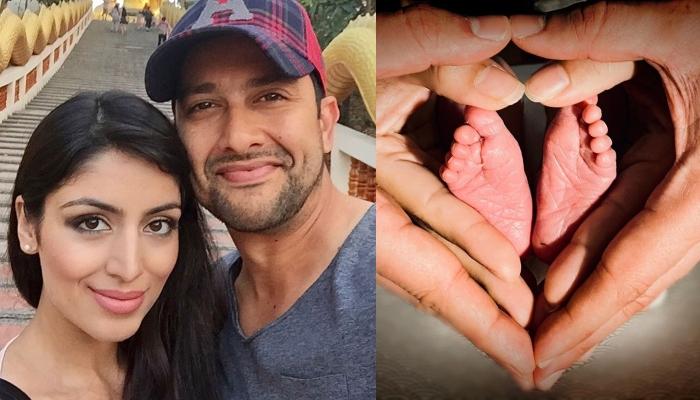