Ishita Dutta and Vatsal Sheth have now opened up about their stupid fights after marriage and who talks first to end the argument. Scroll down to read more!

The Coronavirus pandemic has hit us rock bottom and we all are losing our patience and often end up having an argument with our family members. Often later we realise that we were stupid enough to pick a fight on something, but we cannot help as it is our frustration that is taking over us. Every human being is pissed these days, and this applies to married couples as well. Married couples and their fights are often a subject of jokes, and also the truth of life. But what matters the most is, how fast the couple patches up and takes a step forward to mend things. (Also Read: Additii Gupta Tests COVID-19 Positive, Shared Her Story Of Confining Herself Away From Husband)

TV actors, Ishita Dutta and Vatsal Sheth had met each other on the sets of Rishton Ka Saudagar - Baazigar. And they had instantly felt the connection but the duo had kept denying the stories of their brewing love. However, as they say, ‘Ishq aur mushq chupaye nahi chupta’ the two had fallen in love and had tied the nuptial knot in a closed knit ceremony on November 28, 2017, at Juhu's ISKCON temple. The couple has now opened up about their stupid fights after marriage and who talks first to end the argument. 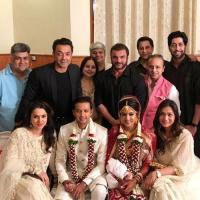 In a combined interview with SpotboyE, Ishita and Vatsal talked about the short film and romantic song, Rehne Do Zara they shot during the lockdown for their fans. As the song opens with a fight between the couple, the duo was asked if they ever fight in real life as well. To which, Vatsal replied, "Well, such situations definitely come and we won't lie about it. I think every couple has an argument. But we don't fight beyond a level." To which Ishita added, "So, we have very stupid fights, at times we fight because we are feeling bored (laughs). But every time Vatsal is the one who comes and talks first. Because he believes we should solve the problem before we sleep and not take it ahead for the next day. Thankfully, hamare jhagde zyada aage jaate nahi." 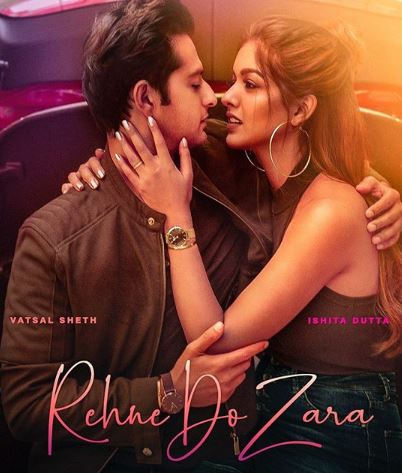 Vatsal shared his experience of directing his own wife, and said, “It wasn't that difficult. For the first time I was directing and usually when we direct such stuff, you have monitors to see but here it wasn't there. So, that way directing it was difficult. And I wasn't unable to make Ishita understand my thoughts. But I was fortunate to work with such great actress.” Sharing how the couple used to argue while shooting, Ishita added, "Arguments did take place because when you shoot at home you take things casually as there was also household work along. So, we decided that we will do it with a call time just like we go for our shoots. And that helped us to shoot it more aesthetically."

Ishita also talked about how love blossomed between them, and said, "The feelings generated gradually. We were doing a show together which ended really soon so after that we used to meet as friends. I can't pin point the time when we realised that we are in love. But mutually we had feelings for each other. One day he asked me, let's get married and I said yes." (Don't Miss: Sushant Singh Rajput's Sister, Shweta Shares A Hugging Picture Of Her Daughter With Her 'Mamu') Talking about how love on-screen is different than love off-screen, Vatsal said, "People think that in real life too, we are exactly how we are on screen. But let me tell you, it's not true at all. In real life, we are extremely boring. If they think our love stuff and shaadi was romantic like in any film. So, no its not like that." (Recommended Read: Anushka And Virat Had Spend Only These Many Days Together In The First 6 Months Of Their Marriage) 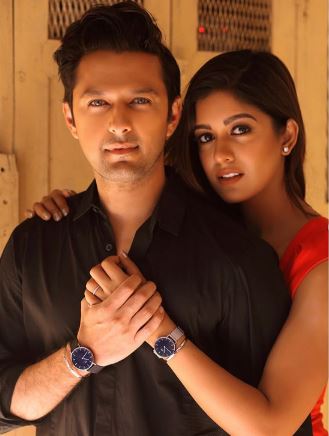