After watching his mother, Neliima Azeem's performance, Ishaan Khatter penned a beautiful note on his IG handle for her. Scroll down to check it out! 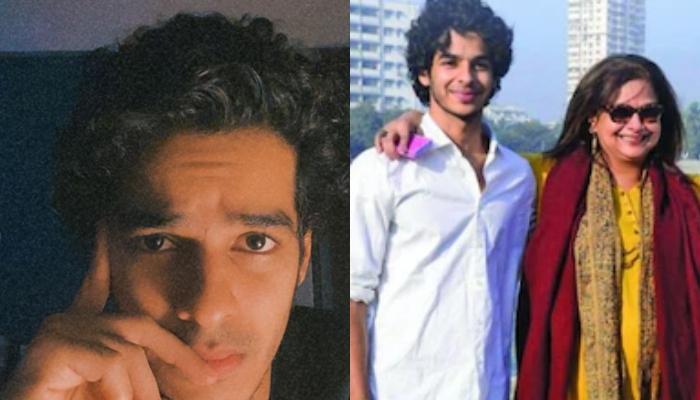 Ishaan Khatter is veteran actress, Neliima Azeem's youngest son from her second marriage with Rajesh Khatter. Ishaan has made his mother, Neliima Azeem and his step-brother, Shahid Kapoor proud by giving numerous impeccable performances. Be it critically acclaimed, Beyond the clouds or commercially successful, Dhadak, Ishaan has made a name for himself. (Recommended Read:  Shikha Singh Shares A Picture With Her Baby Girl, Alayna From The Day She First Met Her In Hospital)

Now, it seems the roles have reversed as it is the mommy, who's making her son proud. Director, Alankrita Srivastava's Dolly Kitty or woh chamakte sitare released on Netflix yesterday, on September 18, 2020, and Ishaan's mother, Neliima Azeem also made a brief appearance in the film. After watching his mother's performance, Ishaan penned a beautiful note on his IG handle for her. Scroll down to check it out! Sharing a video snippet of the movie featuring her mom, Neliima Azeem, Ishaan Khatter wrote, "I saw my mother on screen today in #dollykittyaurwohchamaktesitare. You are beautiful as ever mom. Such intricacy and delicateness. Such humaneness. I can't explain what watching this single scene did to me. I cried like a baby after watching it. It's always lovely to see wonderful people coming together for a film but this time it's personal. My mother made an appearance for one scene and moved me to tears. Best of luck and congratulations on the release to the entire team of the film. @alankrita601 @bhumipednekar @konkona @vikrantmassey87 @aamirbashir and all others! @neliimaazeem on @netflix_in."

Earlier, in an interview with Pinkvilla, Neliima ji had shared that it was her elder son, Shahid, who had forced her to have another baby. She had revealed that Shahid had wanted her to have a child so that he could have a younger sibling to play with. Shahid was 14-years-old at the time, and Neliima Azeem and Rajesh Khatter were happily married. According to Neliima, she was working, and the thought of having another baby had never crossed her mind, but Shahid was insistent on having a brother. However, Neliima ji had wanted a girl, and that's why after the delivery, her doctor hadn't congratulated the parents but had congratulated Shahid as he had gotten his baby brother. (Also Read: Kangana Ranaut's Ex-Beau, Adhyayan Suman Talks About Her Ongoing Battle, Says, 'I am On Her Side') 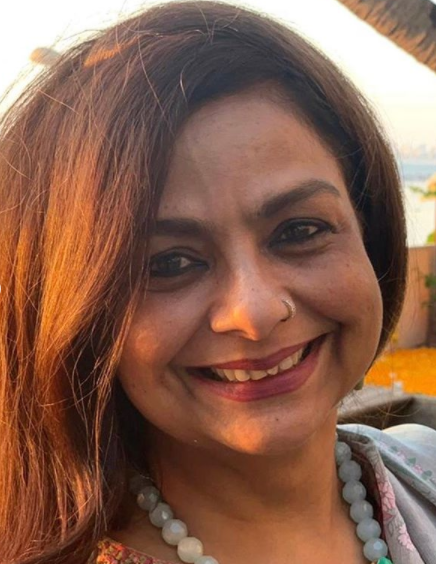 Ishaan Khatter is the younger brother of Bollywood superstar, Shahid Kapoor, and so, he is often tagged as the 'product of nepotism'. In an interview with the Hindustan Times, Ishaan had talked about being referred to as Shahid's brother and had said, "I am very proud of the fact that I am his brother. I don't intend to ride on his fame or anything of the sort. If somebody recognises me as his brother, I don't have an ego about it. That's not something that would ever bother me. But I am very aware of the fact that I started getting recognised as his brother when I was 15. Before that, not many people knew too much about me. I started being seen in one-two places with him, then how the media is — there was curiosity about a boy who's coming into a certain age." 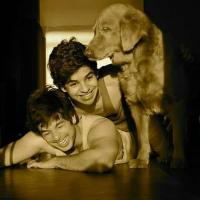 Ishaan had further revealed that he will always be Shahid's cheerleader and that his journey has just started. In his words, "I've just begun. Why should it take away from my talent? He started off 14 years before me, made such a beautiful place and mark for himself. I will always be his cheerleader, he's my blood, brother, family. For me, I don't see any reason to try and create a separate sort of identity for myself. That will happen on it's own." (Don't Miss: Malaika Arora Reveals How She Talked To Her Son, Arhaan In Quarantine, Says It Was Challenging)

Did you watch Dolly Kitty aur wo chamakte sitare? Share your reviews with us!