Irfan Pathan is playing the Road Safety World Series and for the last night's match, his son, Imran joined his hands and prayed to Allah to make his daddy win. Check out the cute video inside!

Former Indian cricketer, Irfan Pathan had started his ‘happily ever after' with a Jeddah-based model, Safa Baig on February 4, 2016, after they had said Qubool Hai to each other in a lavish wedding. It was on December 20, 2016, that Irfan and Safa had welcomed a little bundle of joy in their lives. The couple was blessed with a baby boy, whom they have named, Imran Pathan. Since then, Imran has not only become his parents’ jaan, but his cute gimmicks have made millions fall in love with him. (Also Read: Hina Khan Enjoys Clubbing Night In The Maldives With Her Boyfriend, Rocky Jaiswal, Holding His Hand)

Irfan Pathan had announced his retirement from all forms of cricket in January 2020, however, he has left a strong impression on the international cricketing world. After his retirement, his wife, Safa, who manages their son, Imran Pathan's Instagram handle, had posted a cute note that could be read as "You are a STAR! You’ve been a source of inspiration to millions and continue to spread your ray of sunshine everywhere you go! Your triumph is etched in our hearts! To new beginnings, many more chapters & feathers to add in your cap! Thank You daddy, for being YOU #2020 #irfanpathan."

Irfan Pathan Wishes His Wife, Safa Baig With A Beautiful Wedding Picture On Their Fourth Anniversary

Irfan Pathan Trolled Mercilessly For Hiding His Wife Safa's Face In Every Pic, He Hits Back Strongly 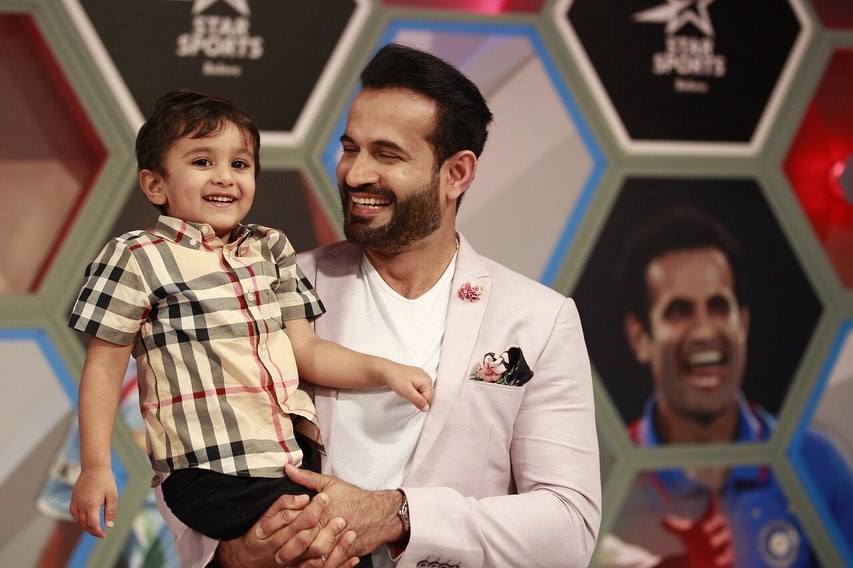 Now, the Road Safety World Series is going on and last night, India Legends booked their spot in the final after defeating West Indies Legends. Irfan Pathan shared a cute video of his son, Imran and revealed the real reason behind India Legends victory last night (March 18, 2021). In the video, we can see Imran sitting in the stands, joining his hands and praying to Allah to make his father win the match. He can be heard chanting, “Allah please make my daddy win.” Sharing the video, Irfan wrote, “The real reason for the win last night @imrankpathan_official #india”

When the doting daddy, Irfan Pathan was in Dubai because of the Indian Premier League (IPL) 2020, his wife, Safa Baig had taken to their baby boy, Imran Pathan's Instagram stories and had shared an adorable video of their little prince. In the small video, Imran had looked adorable in his dark blue t-shirt and khaki shorts as he had played with two chocolates in his hands. However, it was his cute message that had melted our hearts as he could be heard requesting his daddy to come home right away from Dubai. The doting daddy had wasted no time in showering love on his little boy as he had reshared his video on his IG stories and had written, "#MissYou" atop it. (Must Read: Did Kiara Advani Confirm Her Relationship With Alleged Beau Sidharth Malhotra? Reveals Details) 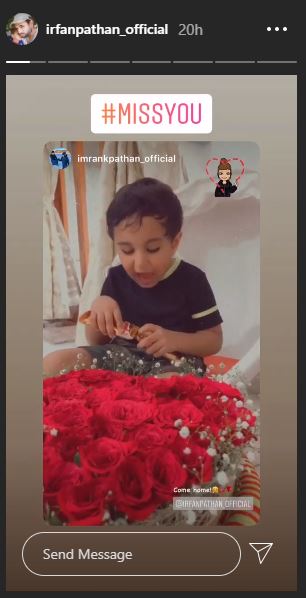 On September 28, 2020, Irfan Pathan had taken to his Instagram handle and had shared a screenshot from his video call with his son, when he was in Dubai for IPL, and it had melted our hearts in seconds. In the screenshot, we could see Imran crying while talking to his father, and it's about the sacrifices you make in your personal life because of your work commitments. Along with this picture, Irfan had written, "Long-distance relationship @imrankpathan_official #missyou #comehome." 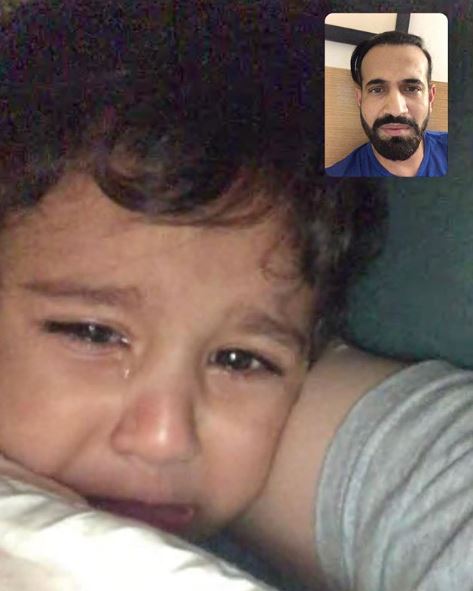 On February 10, 2021, Irfan had taken to his Instagram handle and had shared a cute glimpse of his son, Imran. In the video, we could see Imran recording a video and had also showcased how his little 'hero' spends time in the gym. We could also see Irfan enjoying, watching his son gyming and doing muscle exercises. Alongside the video, he had written, "Literally #hero #villain @imrankpathan_official." (Recommended Read: Adhyayan Suman Recalls Turning Into An Alcoholic Post His Breakup 8 Years Ago, Developed Anxiety Too)

Well, it proves that God listens to the prayers done by an innocent and selfless heart!