Aamir Khan's daughter, Ira Khan talked about sex education and from whom she received the same. She also talked about her curiosity towards her own body.

Sex, one word that is considered a taboo in the world that we live in! As soon as a child hits puberty, they witness not just physical changes but mental changes too. During this stage, it gets important for parents to make their kids familiar with the idea of sex. Aamir Khan’s daughter, Ira Khan has been using her social media to influence people in the right direction and this time, she talked about who gave her sex education in her life.

For the unversed, Ira Khan is the daughter of Aamir Khan and his first wife, Reena Datta. Aamir and Reena were neighbours when they had fallen in love, and after a lot of effort, the actor had managed to woo his then-ladylove. Aamir and Reena got married on April 18, 1986, and together, they have two kids, Ira Khan and Junaid Khan. In 2002, the two got divorced and are co-parenting their kids. 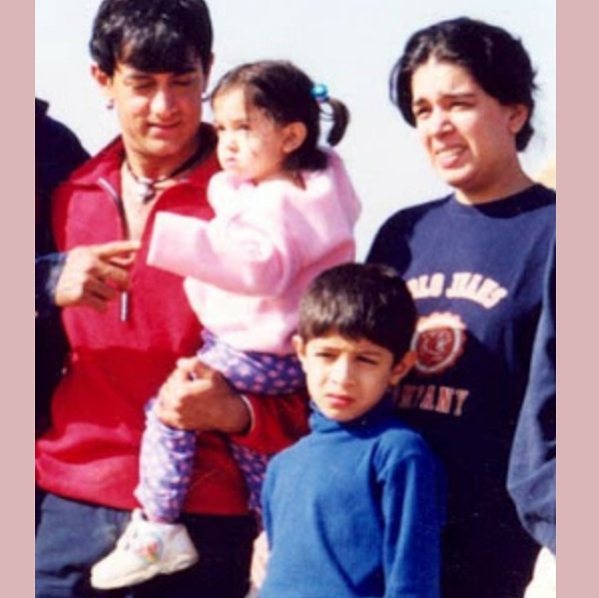 Ira Khan is a part of her Agatsu Foundation’s plans of Self-Care Day. Ira talked about sex education and shared that her mother, Reena got her a sex education book when she had hit puberty. Talking about the curiosity towards her own body, sharing her selfies, she wrote, "I don't think I've ever looked at myself entirely before. My mom gave me a sexual education book when I hit puberty and it had asked me to look at myself in a mirror, but I didn't get around to doing it. My body has also changed so much in general. Have a long way to go" atop it. 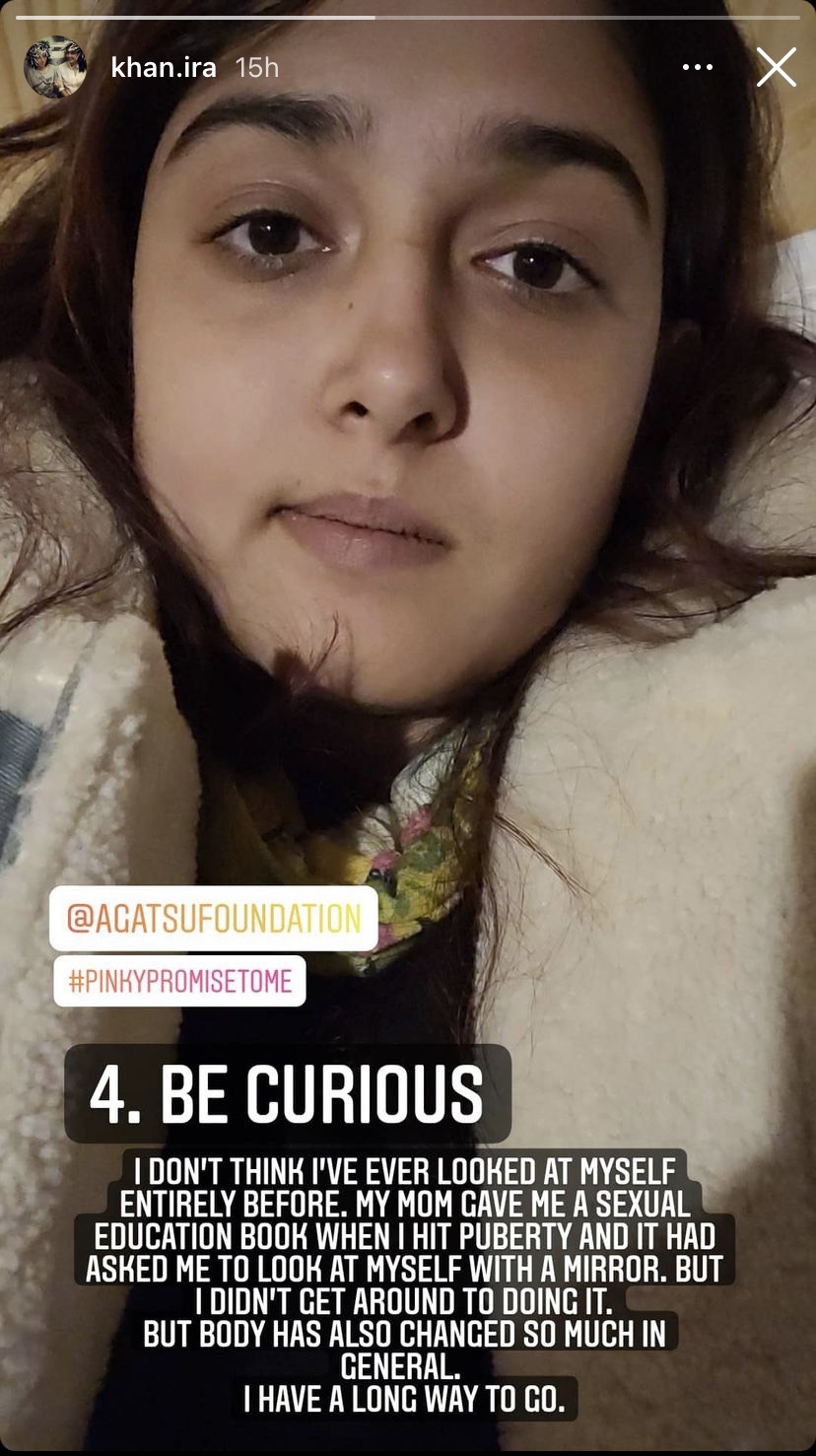 As a part of Agastu foundations, ‘Pinky Promise to Me’ campaign, Ira had also mustered the courage to open up with her mother, Reena Datta about the things that make her cry. On July 22, 2021, Ira Khan had informed her fans about sharing her feelings with her mother on her IG stories. Sharing a travelling picture with her mom, Reena, Ira had written, "I also talked to my mom about how I felt. And things that I usually have to type out because I cry too much to have these conversations in person. @agastufoundation #pinkypromisetome."

Recommended Read: Raj Kundra Planned To Cast His 'Saali', Shamita Shetty In A Venture On His New App, Says Gehana 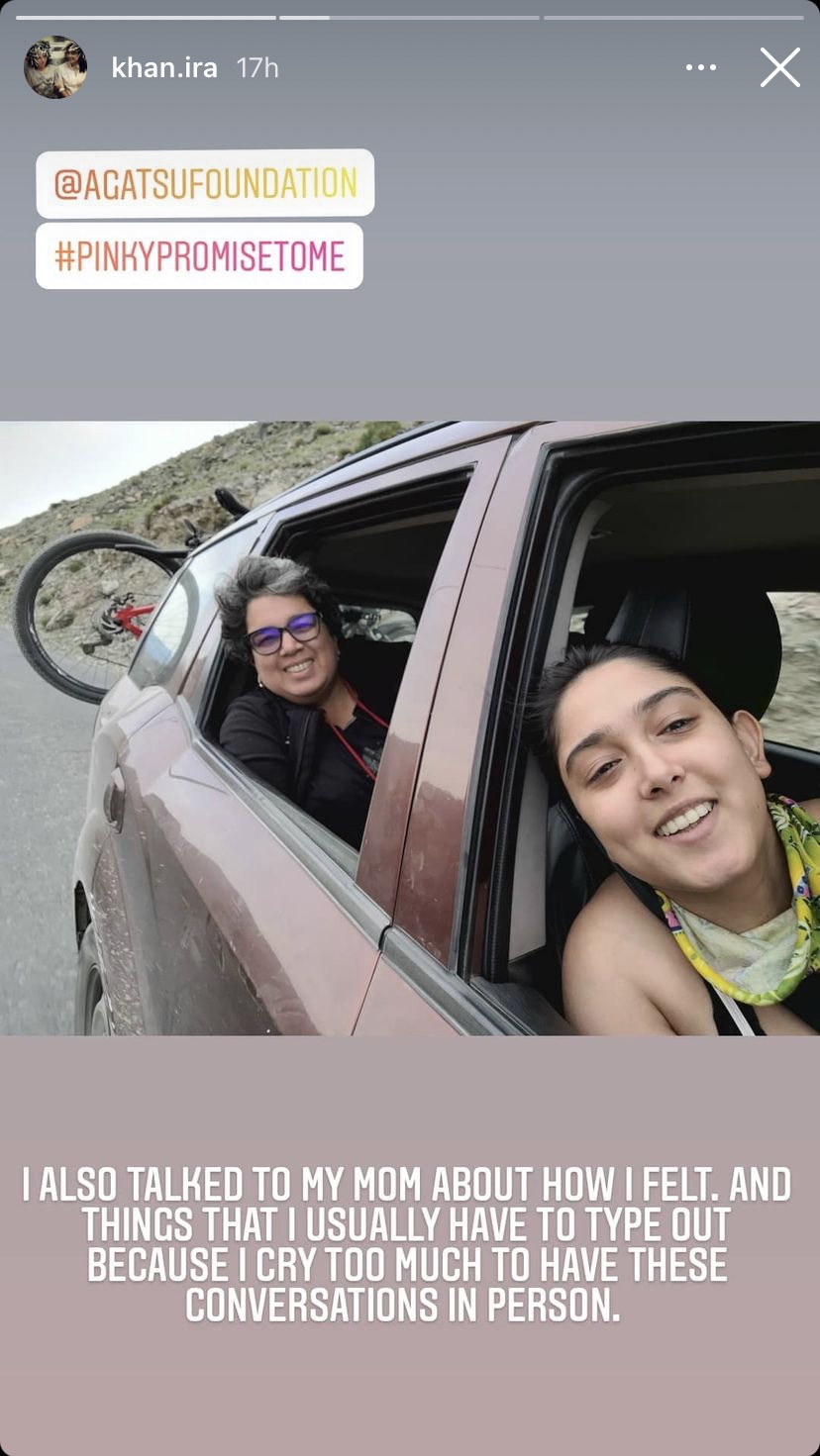 In another IG story, Ira had also talked about stepping out of the comfort zone. Sharing a selfie, Ira had written, “Stepping out of your comfort zone doesn't always feel great, and sometimes it doesn't feel like anything at all. You feel like it was anticlimactic. But it's not supposed to be life changing. Most of the time...it's a little step. And at the end of the day... it's the little things. Right?" 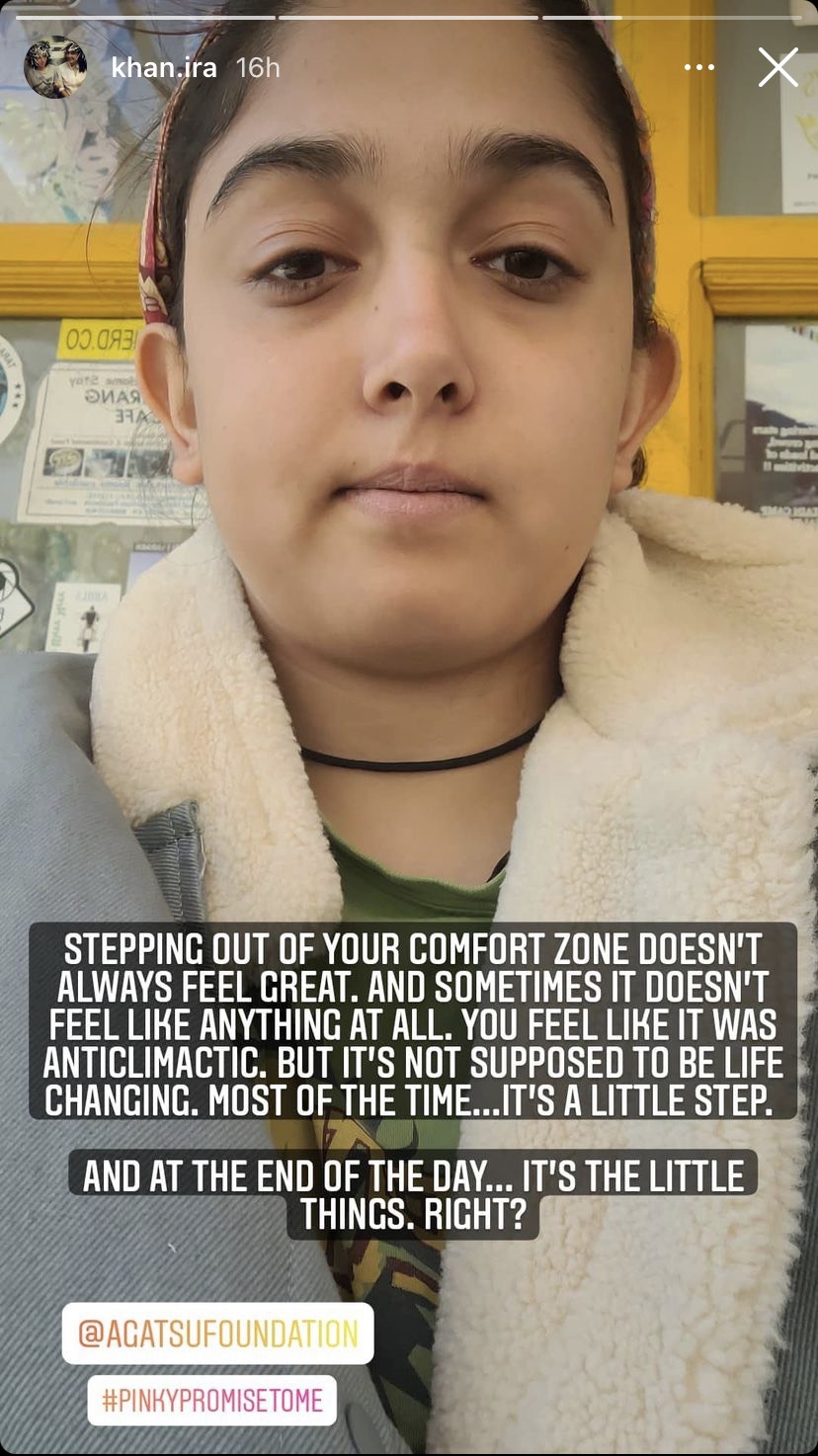 Ira Khan often connects with her fans and holds ‘Ask Me Anything’ sessions on her IG handle often. In May 2021, amidst one of her question-answer sessions, one of the users had asked her if she is Aamir Khan’s son and Ira had given a befitting reply. The user had written, “Aapto Ameer Khan sir ki son ho na.” Ira had questioned the gendered noun used and had classily replied, "I'm his daughter. But what even are these gendered nouns!?" 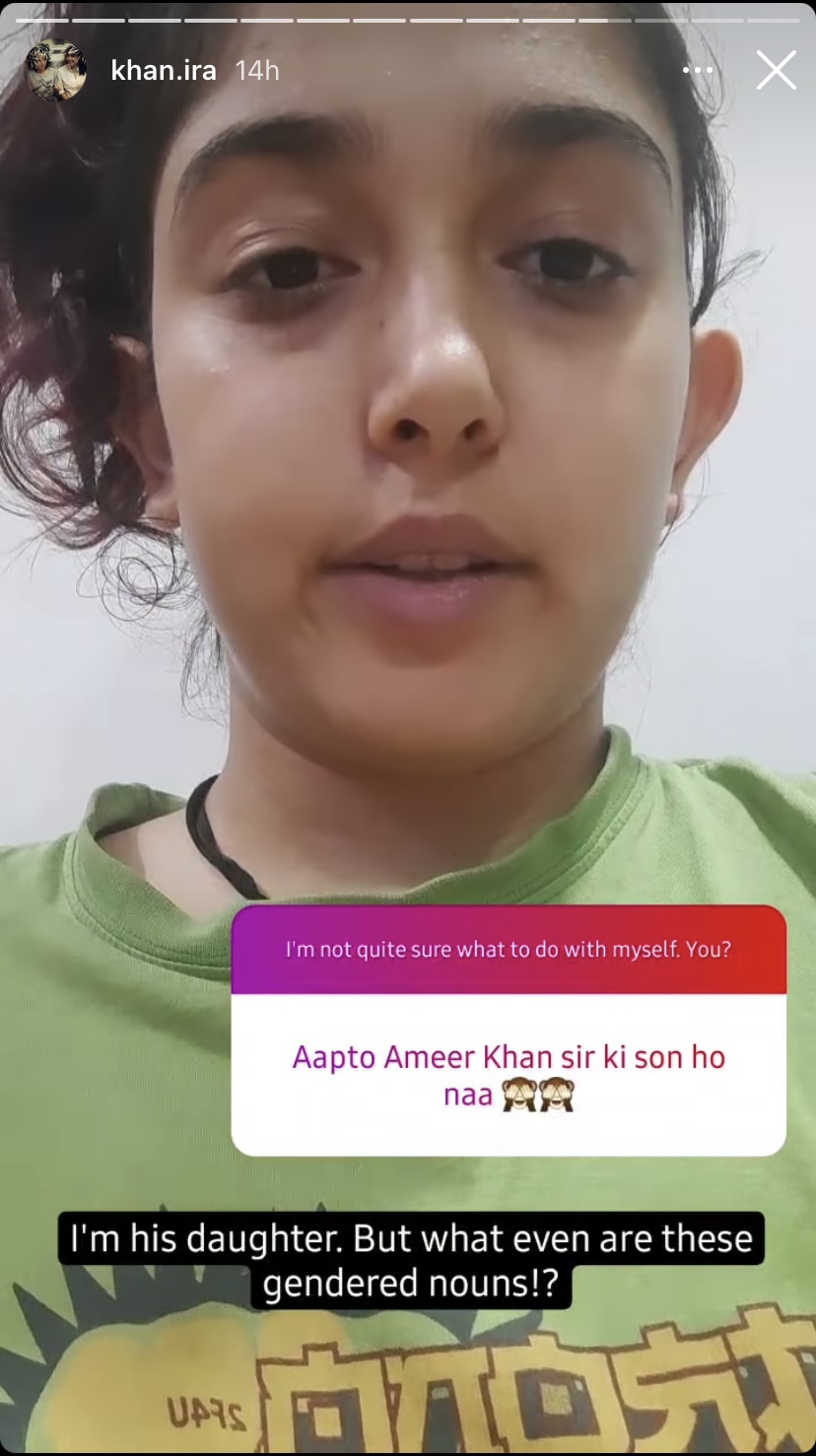 For the unversed, Ira Khan’s foundation, Agatsu Foundation has started a series of activities to celebrate Self Care Day and it is called ‘Pinky Promise to Me’.