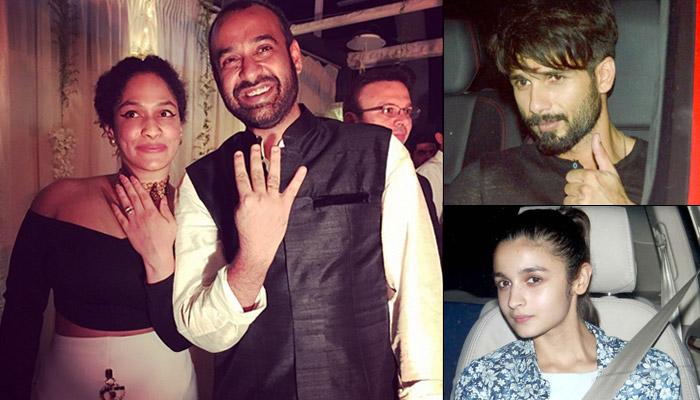 Indian television actress, Neena Gupta, and West Indies cricketer, Vivian Richard's designer daughter, Masaba Gupta, and the Indian film producer, Madhu Mantena, got engaged in March this year (Read Here). And, on June 2, 2015, the two formalised their relationship by having a court marriage. While this was totally a low-key affair, they plan to have a big fat destination wedding by the end of this year. After the court registry, the two threw a party as well, which was attended by their close friends from the film industry.

And, here we bring to you a few glimpses of this private yet starry party.

Their court marriage came as a surprise to most of the people in Bollywood, as only a few close friends had been informed about it. Confirming the news, Masaba posted on her Twitter profile:

Don't Miss: 9 Amazing Ways For An Indian Bride To Honour Her Mother On Her Wedding

Also, talking about the hurried wedding, the bride's mother, Neena Gupta, has been quoted saying to The Times of India:

"Madhu and Masaba were so confused about where to get married, kabhi it was Europe, kabhi the Carribean! Finally, I told them to get the relationship formalised in a court first."

The couple had a post-wedding bash, which was attended by their close friends from the industry. The celebrity guests list included upcoming Bollywood flick, Shaandaar’s co-stars, Shahid Kapoor and Alia Bhatt, among others. Queen’s director, Vikas Bahl, who is one of the co-founders along with Madhu Mantena, of the film production company, Phantom Films, was also present in the party. Also seen at the event, were Bollywood actress, Shilpa Shetty's husband, Raj Kundra, and Alia Bhatt's mom, Soni Razdan. And, here are a few glimpses from the evening:

Here's another celeb couple who had an intimate wedding: The Wedding Story Of Soha Ali Khan And Kunal Khemu 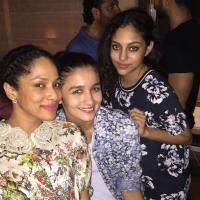 Team Bollywoodshaadis wishes this couple a lifetime of happiness! And, for all our readers who are waiting for their big fat destination wedding, stay tuned with us to make sure that you do not miss any of its details.

Bollywood's charmer, Ranbir Kapoor is celebrating his 38th birthday today. It would not be an understatement to say that Ranbir Kapoor enjoys the same female attention that Devanand sahab used to enjoy in his time! And being an actor, who's extremely popular amongst the ladies, it is but natural for