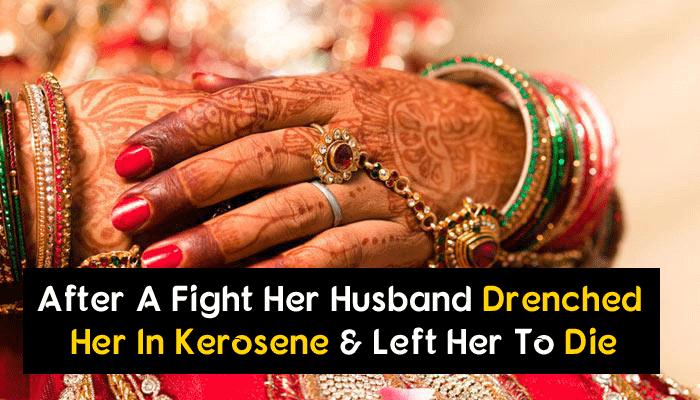 As a little girl, she loved wearing fancy bangles, she secretly wore her mother’s bindi, and not to forget the way she used to drape a saree with her mother’s dupatta - simply to look like a bride.

Since childhood, every girl dreams of getting hitched to a tall, dark, and handsome guy who would love her unconditionally. A happy married life is what every girl and her family wish for.

But Somera Bibi (22 yrs old), all these dreams were never to be. She was burnt alive by her husband's family just because her skin was too dark. Yes, you heard it right! It is very sad that even in today’s age, we still come across such news at some corner of our newspaper or online news portals.

READ: [Inspiring] Karnataka Bride Marries Her Fiance Clad In A Nightdress, Lying In An Ambulance

Mrs. Bibi was tortured for quite a long time. In fact, at the time of their marriage, the in-laws of the victim demanded 1 lakh rupees and a farmland in order to ‘compensate’ for her dusky skin. The family had been extorting money time and again, from Bibi’s family so as to continue with the marriage.

Moreover, Mrs. Bibi stated that after a fight on 3rd June 2016, her husband, his mother and three brothers had locked her in a room. They then drenched her in kerosene, and left her to die. But, she was saved by some neighbours who broke into the house, soon after they heard screams and saw smoke. Unfortunately, this didn’t save her life as she succumbs to her wounds.

Must Read: Bollywood And TV Actresses Who Are Above 30, Single And Rocking It!

This is what Bibi’s brother, Khayer Hossain, stated to the Calcutta Telegraph:

"For the first time, with her back to the wall, she started protesting. She said enough money had been given for the colour of her skin and there was none left to give. They wouldn't listen."

Also, victim's mother, Tandila Biwi, stated in her police complaint that her daughter’s in-laws used to beat her like anything. She further stated that the in-laws used to say to her:

“You are dark. We don't want you in the family”.

Must Read: You Will Cry And Feel Outraged When You Read The Torture Wedding Horses Have To Go Through

As far as the accused are concerned, Bibi’s husband and his family are absconding along with the victim’s two-year-old son. The local police is not opening up about this case at the moment.

Recommended Read: Vivek Surprises Divyanka With This Super-Cute Gift, A Few Days Before Their Wedding

This is so heart-breaking, isn’t it? It’s just one story of Mrs. Bibi that we have talked about, but there are many other girls like her who have suffered dowry tortures. It is perplexing that why some people are making marriage a mere source of financial transaction? Is money more valuable than someone’s life? These are few questions along with many others that we need to ponder over, and do something about this serious issue called dowry.

Image for representational purpose only An integral part of an Indian bride’s solah shringar, a nath (a nose ring or nose pin attached with a chain) completes a woman’s look on her D-day. As per Hindu culture, it is considered as a way of paying respect to Goddess Parvati. On the other hand, the Ayurvedic science