A few moments ago, Soha Ali Khan took to her IG handle and posted glimpses of her baby girl, Inaaya Naumi Kemmu's day out. Scroll down to check them out!

Soha Ali Khan and Kunal Kemmu's little munchkin, Inaaya Naumi Kemmu is an absolute favourite on the internet. Every time the doting mommy, Soha shares her baby doll's adorable moments on her IG handle, they go viral on the internet in no time and we're completely in awe of the youngest princess of the Pataudi clan. One look at the loving star parents, Soha and Kunal's IG handle and you'll see how their little goofball, Inaaya has hijacked them with her cute pictures and videos. (Recommended Read: Shraddha Kapoor Looks Like A Mermaid For Cousin's 'Haldi', Enjoys With Rumoured BF, Rohan Shrestha)

Kunal Kemmu and Soha Ali Khan had gotten blessed with a baby girl on September 29, 2017. Since then, the little goofball is not only ruling the hearts of her star parents but the whole internet. Once in a media interaction, the doting mommy, Soha had explained how Inaaya's name has a connection with Goddess Durga. Since their baby girl was born on the ninth day of Navratri, Soha and Kunal had consciously kept Naumi as a middle name for her and had named her Inaaya Naumi Kemmu. A few moments ago, Soha Ali Khan took to her IG handle and posted glimpses of her baby girl, Inaaya Naumi Kemmu's day out. The little munchkin was seen enjoying her day out with her mommy, playing, carrying her teddy in her arms. The mommy-daughter duo seemed to have a gala time wandering on a farm. Atop the first picture, Soha wrote, "Hello Nature" and on the second one, she put a sticker saying, "Walking buddies." Check them out below: 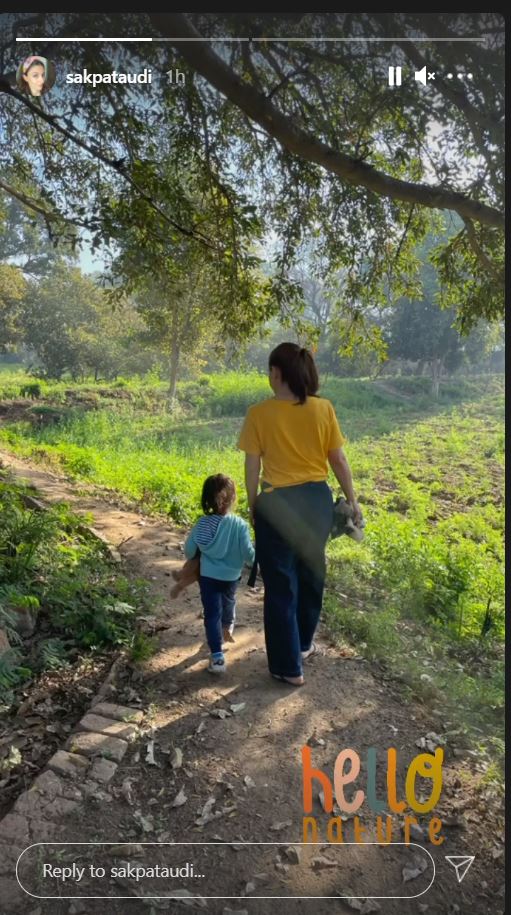 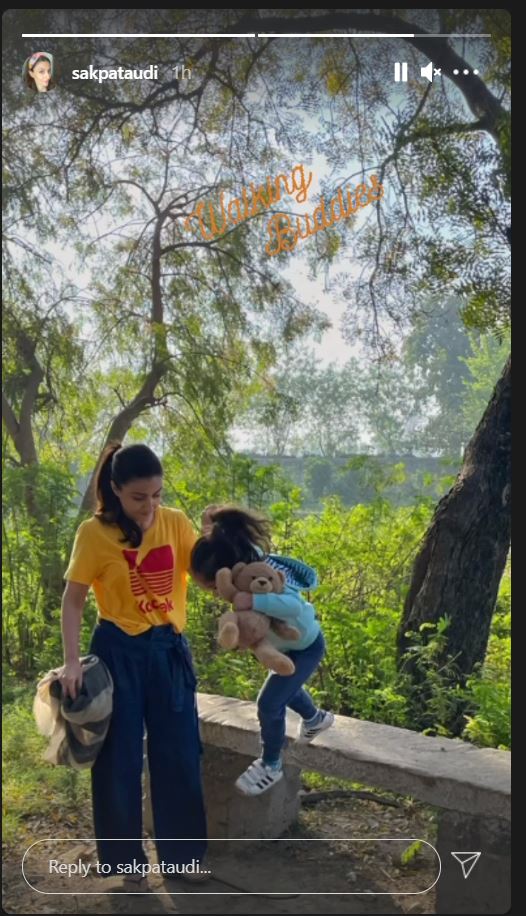 Soha never skips a chance to share adorable pictures of her baby girl on her IG handle. On February 20, 2021, Soha had shared a cute picture of her little doll, Inaaya, who was seen engrossed in making her dollhouse. Dressed in a white dress with pink tassels hanging from the back, Inaaya had looked pretty as a doll herself. In the picture, Inaaya was arranging her dolls in front of the dollhouse. On February 4, 2021, Soha had taken to her Instagram handle and had shared a lovely picture on her IG stories. In the picture, we could see Soha adorably kissing her angel, Inaaya. Atop it, Soha had simply added a heart sticker, which had depicted her 'ma ka pyaar'. (Also Read: On Tiger Shroff's Birthday, His Alleged GF, Disha Patani Calls Him 'Casanova', Shares Unseen Photos) 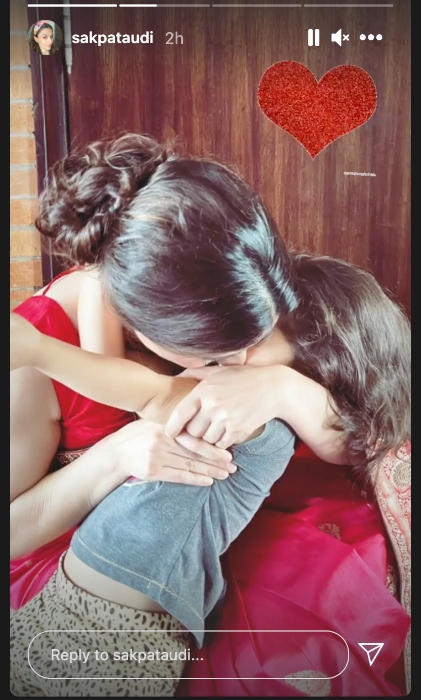 In the year 2018, Soha Ali Khan had talked about raising her daughter, Inaaya Naumi Kemmu and had stated in a media interaction, "I think everyone keeps asking what my next project is. I think project Inaaya is taking up most of my time right now and quite happily so. I want Inaaya to be her own person. I would like her to have open communication with me. Things like integrity, trust, loyalty, being kind to others, are some of the things I would like to see in her. It shouldn't be that Inaaya remains only surrounded by love and positivity. She should also be a strong person, with the [sense of] security to withstand criticism and also be able to laugh. I think having a sense of humour is very important." 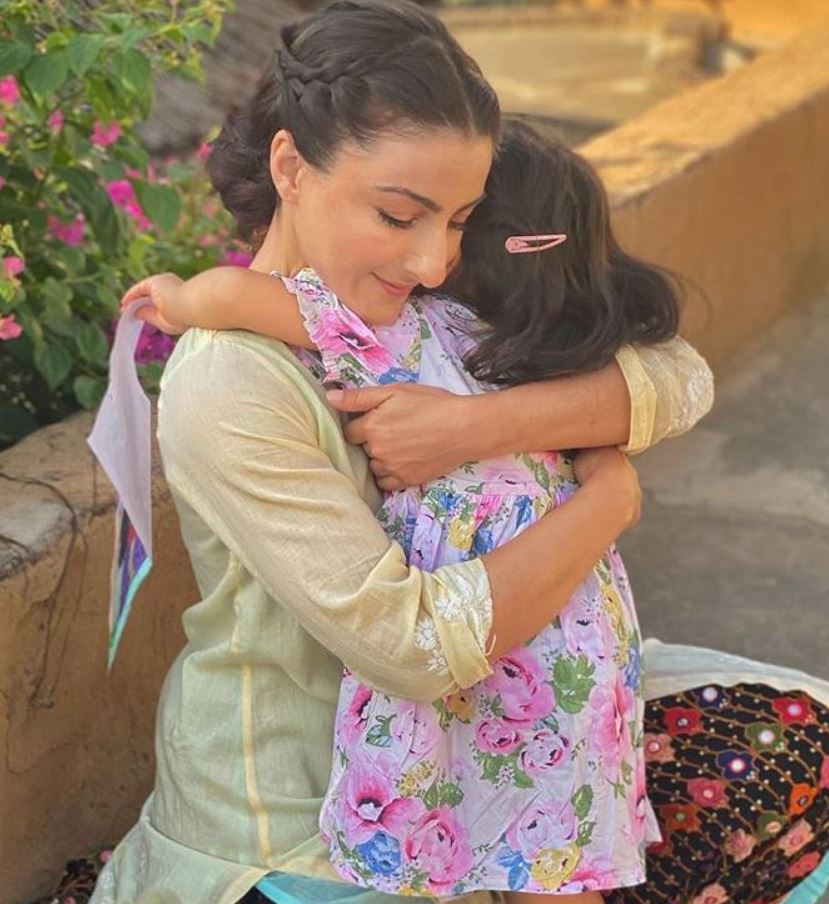 On the occasion of Father's Day 2020, the loving father, Kunal Kemmu had expressed his feelings about exploring the world with his little daughter. The actor had shared a cute picture. Along with it, he had written, "I held his hand and learned to walk like you are learning today.. one day I will walk with you as you show me around your roads. You learn from us today and I look forward to learning from you. I really hope I can be the father to you that my father has been to me. I think he may love you even more than he loves me now so enjoy that as he is the most fun person that I know..#happyfathersday." (Don't Miss: Indraneil Sengupta And Barkha Sengupta Seal 13th Anniversary With A Kiss, Making It A 'Happy' One) 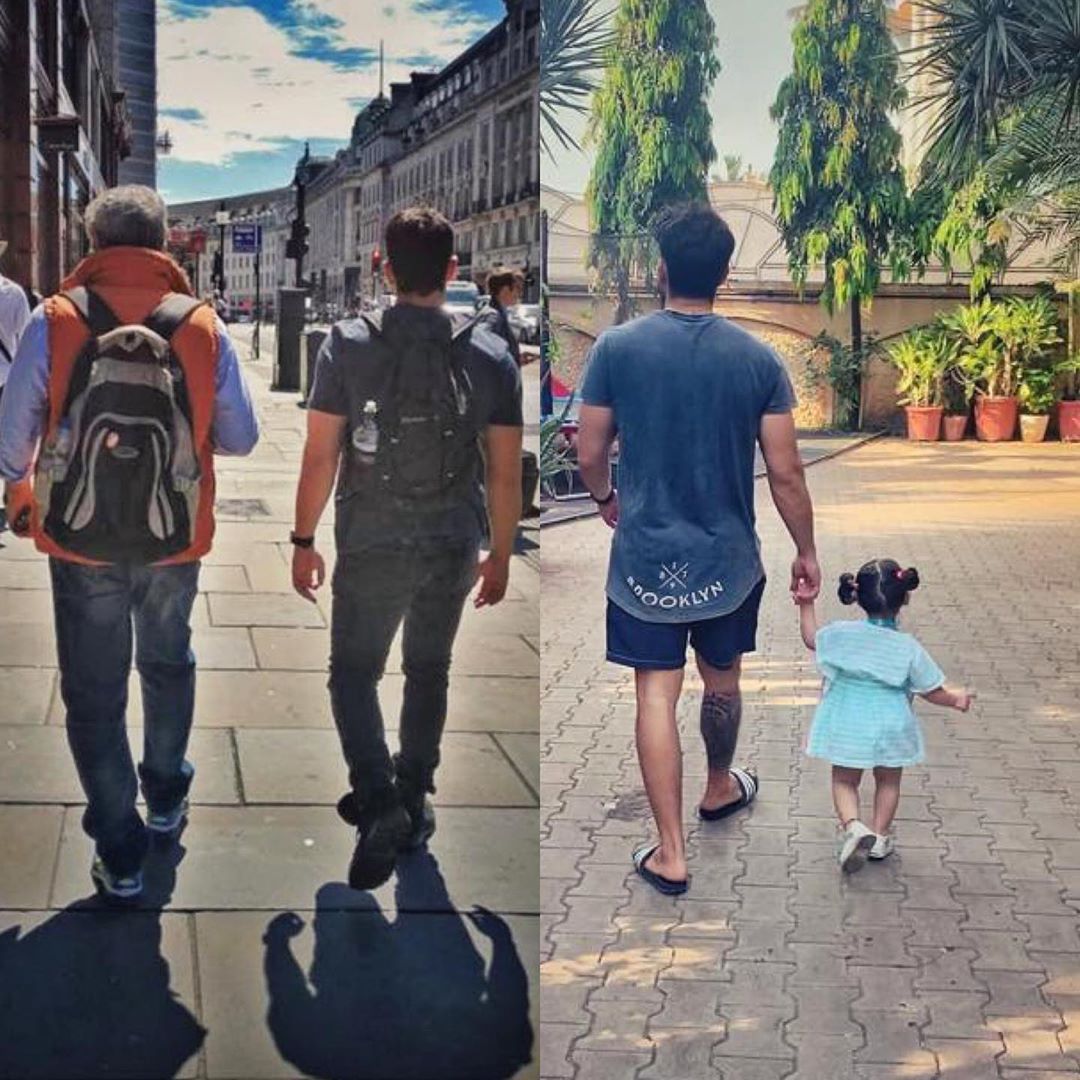