Inaaya Naumi Kemmu Says 'No No' To Paparazzi When They Use Flashlights To Click Her, Video Inside

Inaaya Naumi Kemmu Says 'No No' To Paparazzi When They Use Flashlights To Click Her, Video Inside

Celeb babies are ruling the tinsel town and social media like how! Somewhere, it all started with Kareena Kapoor Khan and Saif Ali Khan's munchkin, Taimur Ali Khan who was born on December 20, 2016. 10 months later, his cousin baby sister, Inaaya Naumi Kemmu was born on September 29, 2017, to her doting parents- Soha Ali Khan and Kunal Kemmu. Together, this sibling duo has managed to attract the paparazzi towards their domains like magnets. (Suggested Read: Ranveer Singh Shares If He Ever Thought He Might Lose Deepika Padukone During Their Relationship)

Inaaya Naumi Kemmu is no less of a pro when it comes to handling the paparazzi hovering around her whenever she steps out in the public. A recent video of the same will make you go aww! In the video, you can see mommy, Soha walking with her little baby daughter, Inaaya asking the paparazzi to not use the flashlights on their cameras. Inaaya can be heard saying, "No no" to them. Take a look:

Soha Shares A Picture Of Kunal And Inaaya On Father's Day, Inaaya's Expressions Are Priceless

Inaaya was recently snapped with her elder brother, Taimur who has just returned from his Europe vacation and the two enjoyed their playdate to the fullest. Take a look at a few snaps from the same here:

Soha Ali Khan earlier shared how her life has changed post giving birth to Inaaya. Revealing the new ‘boss’ at home, she had stated, “But ultimately it is just us at home. So it’s quite different. The obvious change for me is that I am used to being in control of things. I am a control freak. I like to plan and organise things, whether it’s fitness, eating on time and getting my ten hours of sleep. All of that has gone out of the window. I’m no longer the boss, Inaya is. Life revolves around her.” 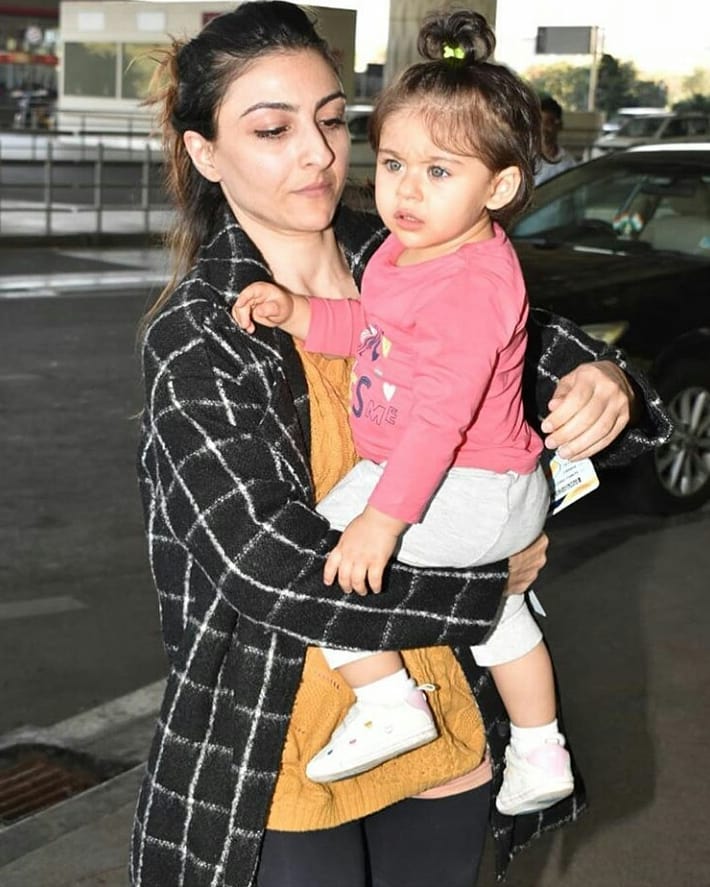 What are the values that she would want Inaaya to inculcate in herself? Mommy Soha stated in an interview, “I want Inaaya to be her own person. I would like her to have open communication with me. Things like integrity, trust, loyalty, being kind to others, are some of the things I would like to see in her. It shouldn’t be that Inaaya remains only surrounded by love and positivity. She should also be a strong person, with the sense of security to withstand criticism and also be able to laugh. I think having a sense of humour is very important.” In the same interview, Soha also revealed what are the career options she would like Inaaya to pursue, “Whether she wants to be a full-time mother, astronaut, actor, or architect, I will support her. I want to give her a good foundation and be involved in her life. I want to teach her my values. And then, ultimately, I want to be able to help [make] her dreams come true.” 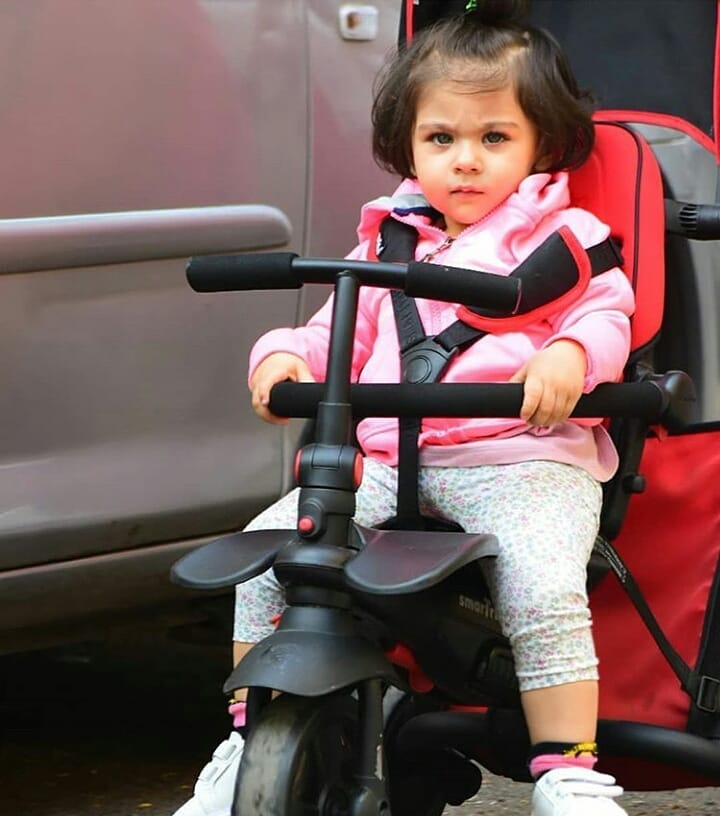 Soha is protective about Inaaya like any mother in this world. Along the similar lines, speaking about why she decided to put kaala teeka on Inaaya’s forehead, Soha told an online tabloid, “They are too small now. I don’t understand about their fan following but, of course, she is my daughter, so I find her cute. People around me get worried because recently I uploaded a picture of Inaaya on Instagram, but they thought that she will catch the evil eye. But she was looking very cute, so it made me do that. But after that, I also felt worried because a lot of people praised her picture and then I applied kohl on her forehead.” In a media conclave, Soha Ali Khan expressed that she wants Inaaya to grow up with opinions in her head and like someone who is ready to take criticism positively. She had stated, “I’d like to exhibit that kind of behaviour around Inaaya. I do want her to have a tough skin — I believe that in the world today, it’s important to have one, otherwise it can get to you. People are very direct and outspoken, and sometimes you hear things that can hurt us. I want her to be able to withstand that.” She was further quoted as saying, "Also, one must learn to respect other people’s opinions. If somebody disagrees with you, it doesn’t mean you block them out or you remove yourself from the equation. Sometimes, it’s good to have a healthy debate. And then, of course, you can agree to disagree as well. And live and let live.’’ (Also Read: Sunny Leone Makes A Beautiful Wish For Herself On Her Twin Sons, Asher And Noah's 11-Month Birthday) Soha's husband and Inaaya's doting daddy, Kunal Kemmu is always praising Soha on being a hands-on mom. In an interview, Kunal was quoted as saying, “I love it how Soha is managing being a mother all by herself. There are sleepless nights, but she does not complain even a bit. As a father, I make sure that I wind up my work and reach home on time.” 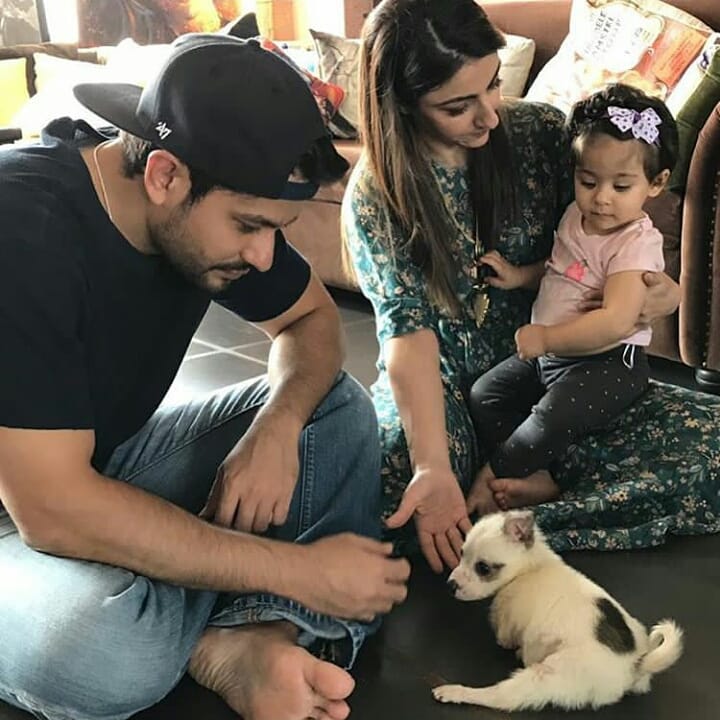 Inaaya Naumi Kemmu's grandmother, and Soha's mother, Sharmila Tagore was a yesteryear legendary actress, and Soha herself has learnt a lot from her mother. Speaking about the same, Soha once said “There are certain things that I draw from my mother like she always encouraged us to read books. I want Inaaya to also read books. But, I’ll have to figure out my own equation with her, too. I feel at some point your own instinct kicks in. And you have to know your child! The more time you spend with your child, the more you’ll understand their temperament, and know how to act according to that.” 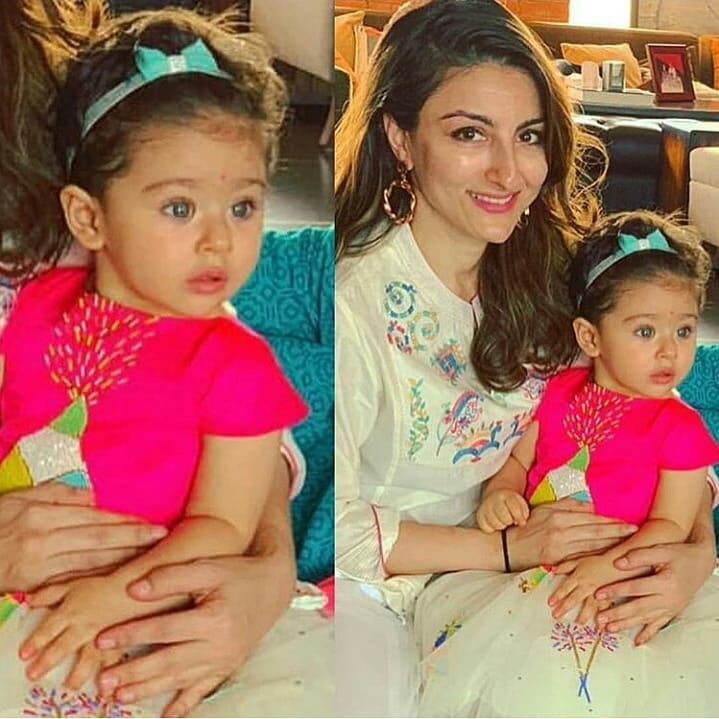 Also, in another interview, Soha shared how she decodes Inaaya’s different sounds. Soha remarked, “The sounds for every situation are different. They vary depending on whether she’s hungry, sleepy, bored or has just wet herself. Earlier I used to be confused. But now, I’m getting the hang of it.” (Must Read: Aishwarya Rai Bachchan And Rekha, Amitabh Bachchan's Rumoured Ex-Lover Share A Hearty Laugh Together) Inaaya Naumi Kemmu asks paparazzi not to use flashlights! Could there be anything cuter than this? Once Kareena Kapoor Khan wrote in her Instagram caption, “The only one I will ever allow to steal my frame.” Ever since the arrival of chote Nawab, Taimur Ali Khan, one thing is for sure that Saif Ali Khan and Kareena are happy with their ‘one’, not only stealing their