In the recent video on Aaliyah Kashyap's YouTube channel, Aaliyah Kashyap and Ida Ali reminisced the time when Imtiaz had to halt the shoot of 'Tamasha' because they got lost in Corsica!

There's most interesting than a good old throwback Bollywood anecdote filled with a little stupidity, fun, adventure and laughter. Ace director Anurag Kashyap's daughter, Aaliyah Kashyap, who has a strong social media presence, told a funny story about how director, Imtiaz Ali had to stop shooting Ranbir Kapoor and Deepika Padukone starrer, Tamasha. Scroll down to know it all!

Anurag Kashyap's Daughter, Aaliyah Takes Him Out On A Lunch, Pays The Bill With Her First Income

Arjun Rampal Dazzles On The Cover Of GQ With His Daughters, Mahikaa, Myra And His Son, Arik 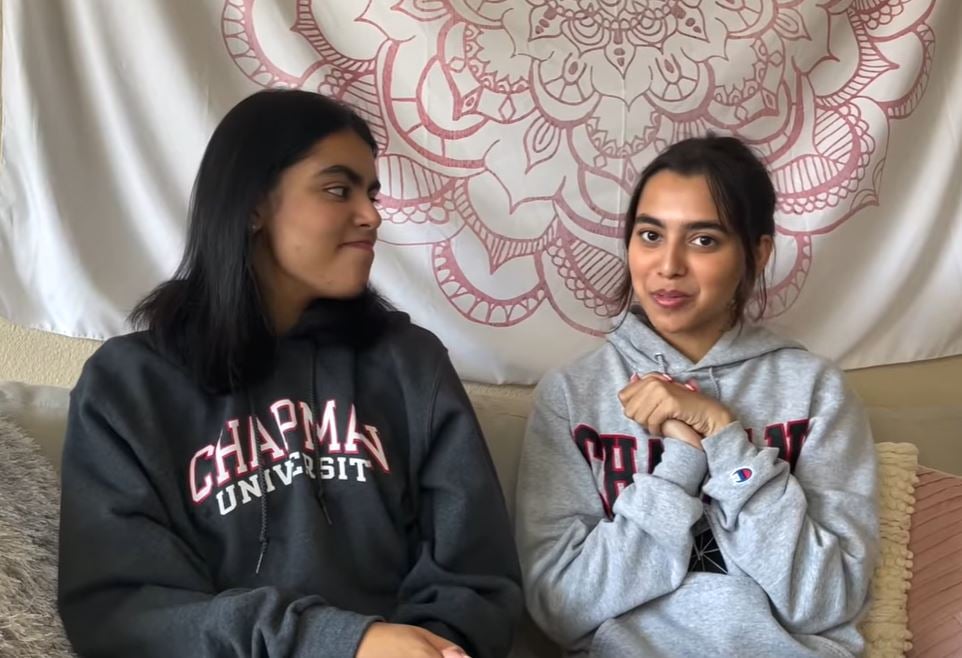 In the video on her YouTube channel, Aaliyah Kashyap recalled, "Corsica was definitely one of my favourite moments of us together. We went to Corsica because Dada (Imtiaz) was shooting Tamasha and my mom (Aarti Bajaj) was also there (because she was editing the film). There was this incident that happened."

Ida then added, "And it was scary for everyone, the whole unit." Aaliyah continued, "We decided to go for dinner, and we asked them. But we went farther than we said we were going to." The BFFs then mentioned how they went to a restaurant and remembered that they did not have any phones with them at the time. Ida further added how mad Imtiaz was at both of them and said, "When the bill came, it was more than what we had expected. It was like one euro or something more than what we had. So I ran all the way back. Only then did I realise that they had stopped production and were looking for us. And here I was walking in, saying 'I want a dollar'. I do not think I have ever seen Dada that mad. I do not remember what he said, but he was so mad, because he was worried for us." Aaliyah chipped in, "Her dad has never even screamed at me. So when Dada was mad, I was like, 'we really messed up'."

(Also Read: Disha Parmar Posing With Her 'Cutie', Rahul Vaidya At A Wedding Is All About 'Pyaar, Ishq, Mohabbat') 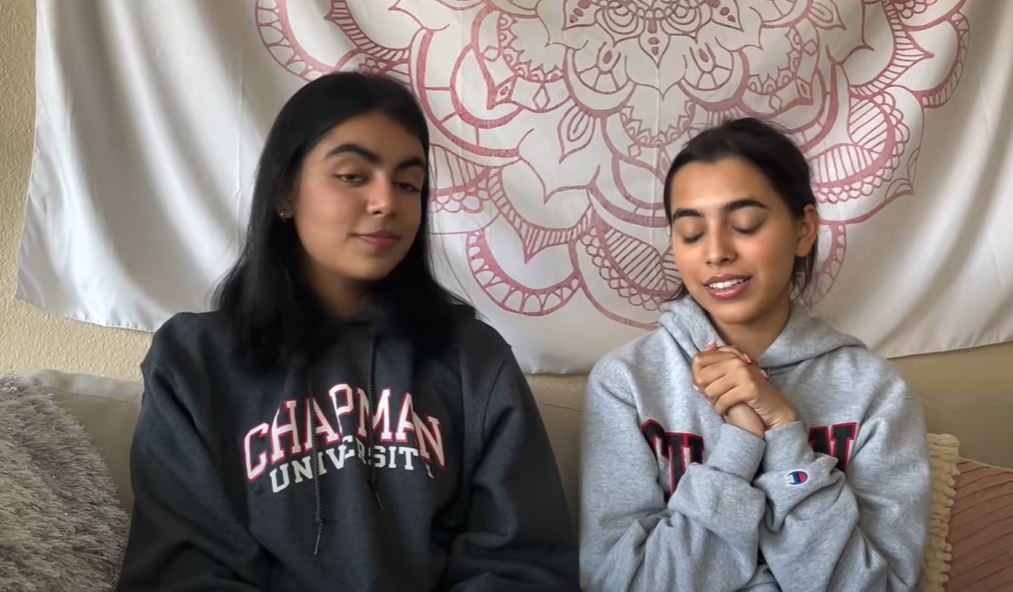 Aaliyah Kashyap is very active on social media and often talks about her family and her personal life in her YouTube channel videos. A few weeks ago, the star daughter was slut-shamed because of her pictures which she had posted on her IG handle sporting lingerie. Aaliyah had spoken about the same in a video on her Youtube Channel and had said, "People were telling me that I should be ashamed of being Indian and posting stuff like that. People were sending me rape threats, calling me a prostitute, DMing me and asking me what my 'rate' was, sending me death threats, s**tting on my family. That whole incident of the picture got me a lot."

Afterwards, she had also penned a long note on her IG handle expressing her views on how she feels about online trolling on such a sensitive issue. Excerpts of her note could be read as "The past few weeks have been really hard on my mental health. Ever since I posted a photo of me in lingerie, I have been getting the most vile, degrading and disgusting comments. I have never felt more frightened than I have in the past few weeks to the point where I considered deleting my Instagram. I have tried to ignore the harassment and shrug it off, but the truth is we need to speak about it because these kinds of comments contribute to the rape culture that affects all women in India (and the rest of the world) in one way or the other." 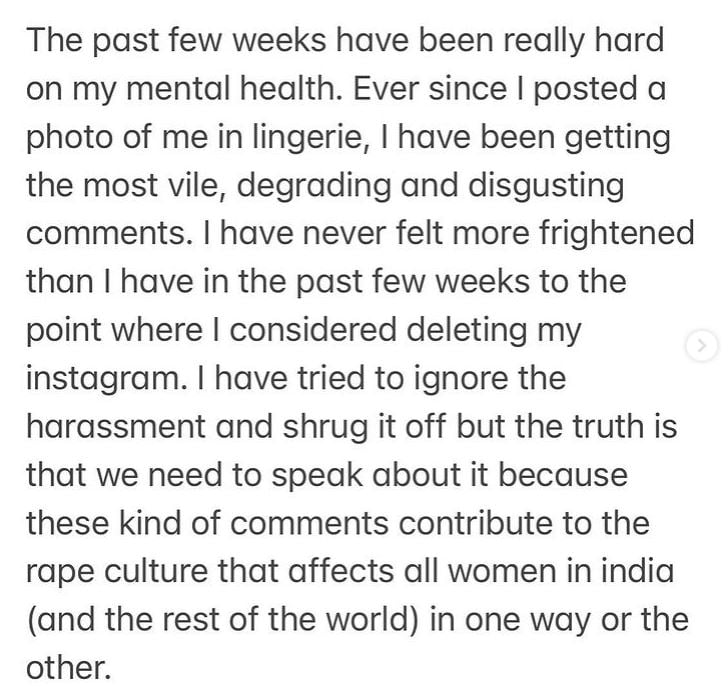 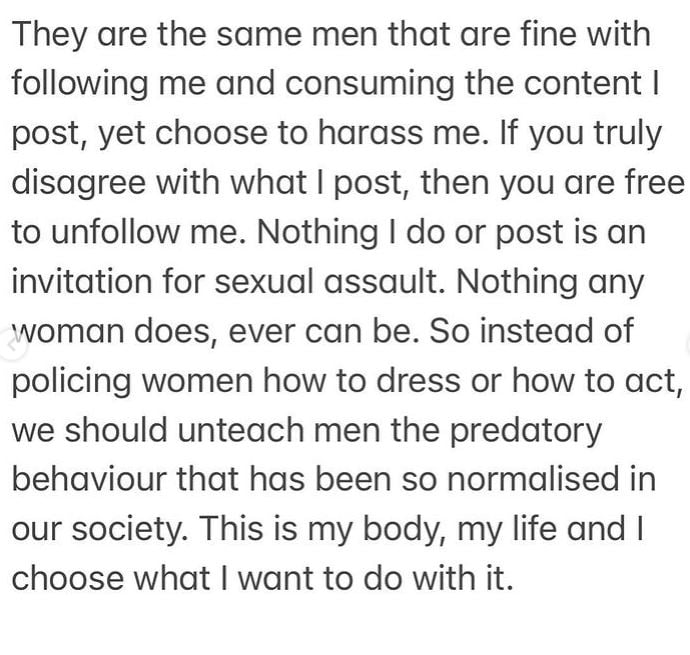 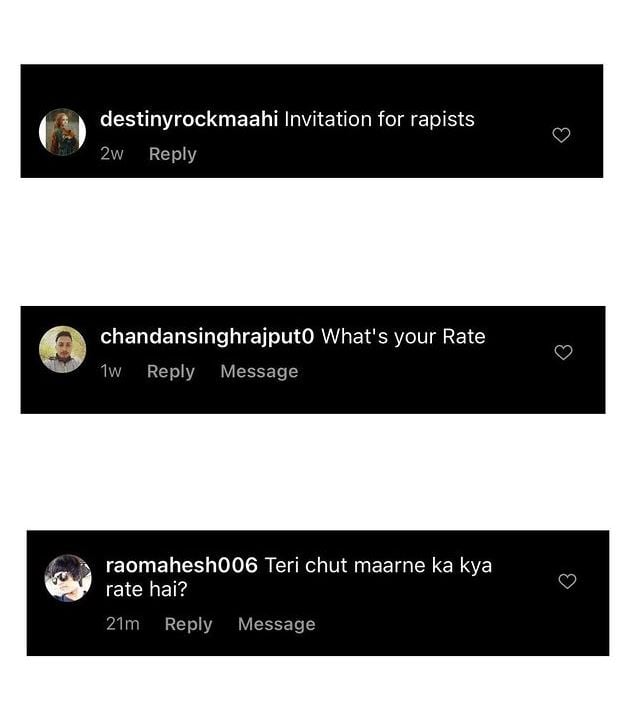 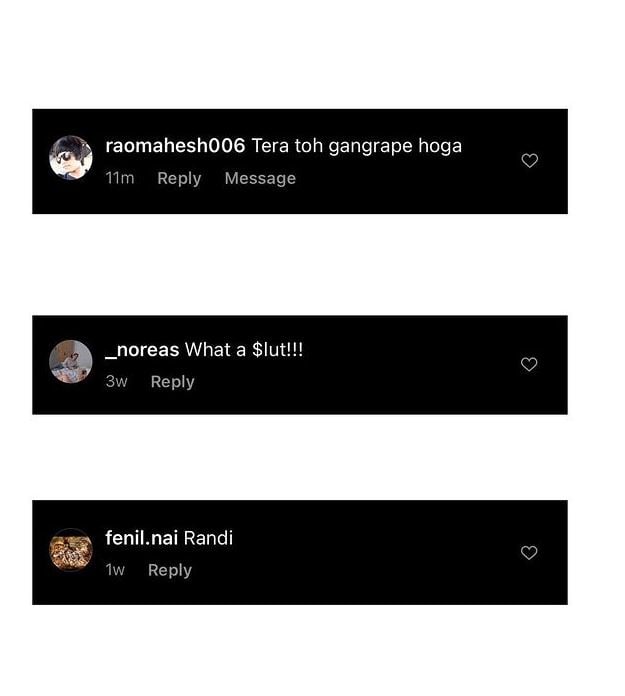 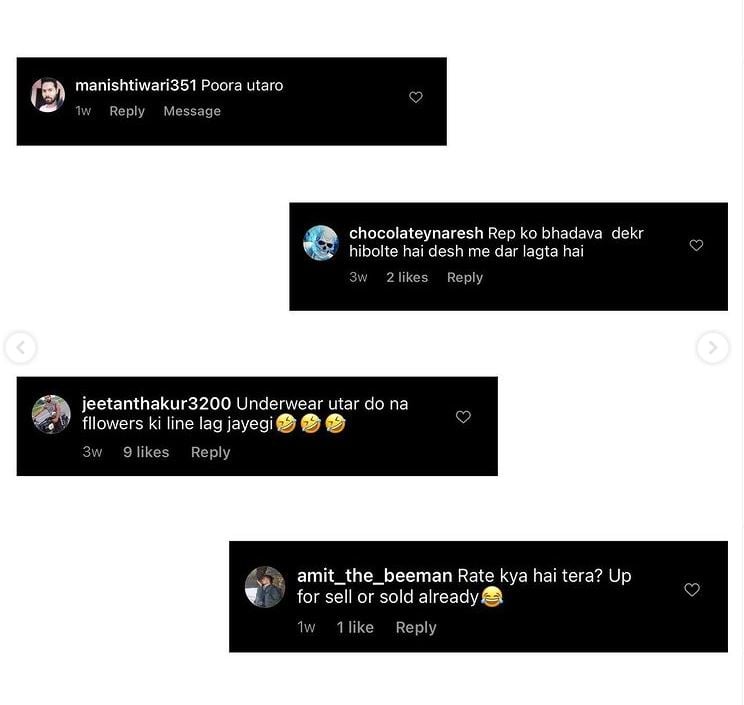 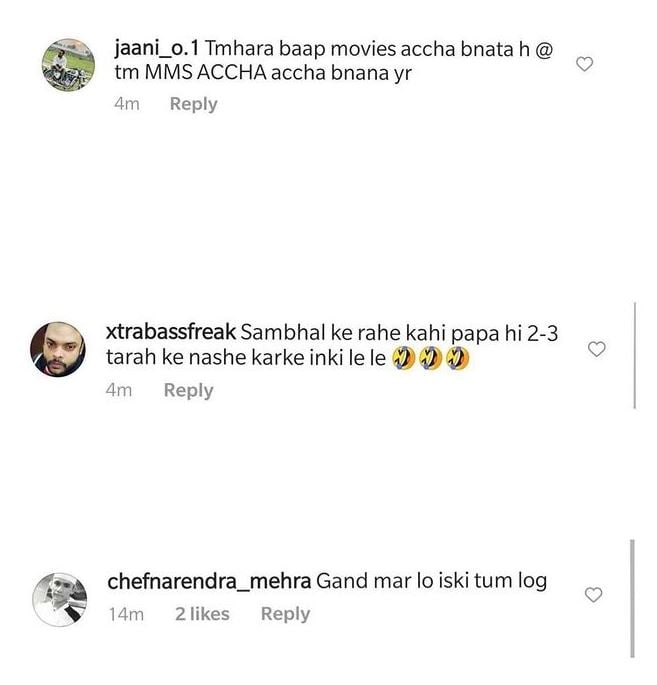 Anurag Kashyap's Daughter, Aaliyah Takes Him Out On A Lunch, Pays The Bill With Her First Income