Hrithik Roshan's cousin, Pashmina Roshan is making her Bollywood debut with the film, 'Ishq Vishk Rebound'. As she shared a video snippet, Hrithik's beau, Saba Azad and father, Rakesh reacted to it!

The Roshan khandan is one such family in Bollywood which already has two brilliant actors like Rakesh Roshan and his son, Hrithik Roshan who has already proved their mettle in acting. Now, it's Hrithik's cousin, Pashmina Roshan's turn to make her Bollywood debut. For the unversed, Pashmina is the daughter of the music director and composer, Rajesh Roshan and his wife, Kanchan Roshan.

The Roshans are always seen spending quality time with each other. And Pashmina Roshan being an avid social media user, keeps on updating her fans with cutesy glimpses from her family time. For instance, on May 18, 2022, Pashmina had taken to her IG handle and had shared a perfect family picture. In the picture, we could also spot Hrithik's girlfriend, Saba Azad, who has already formed a beautiful bond with the Roshan family. We could also see a cute conversation between Pashmina and her alleged to-be-bhabhi, Saba, regarding a vase in the comments section. Check out: 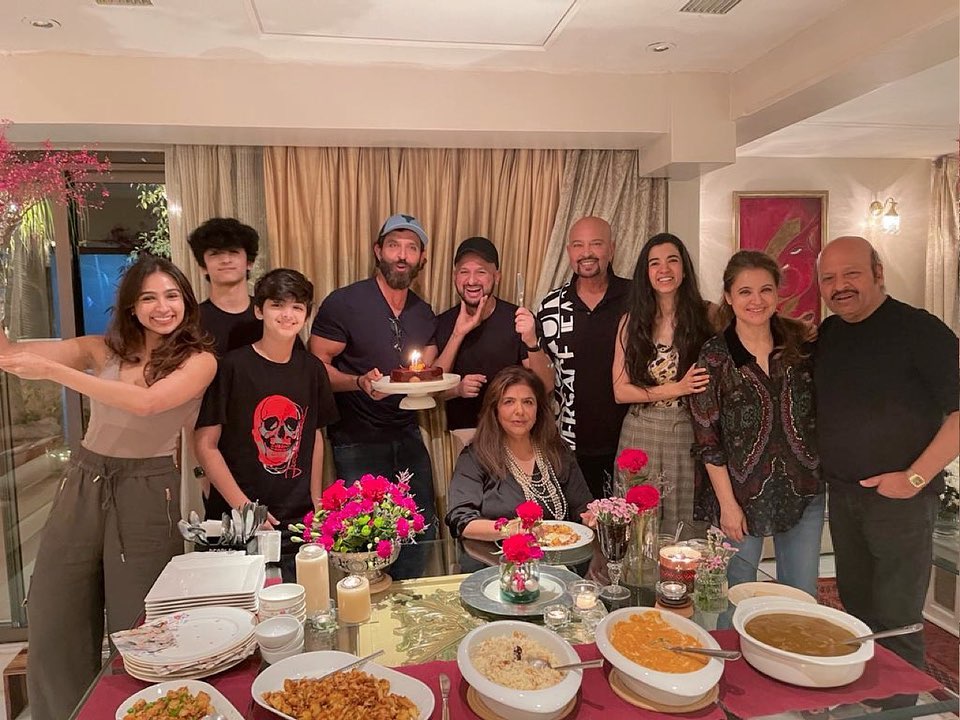 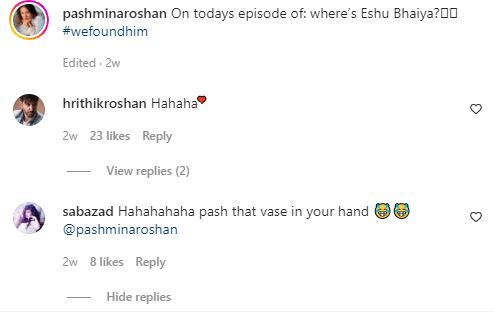 A few hours ago, Pashmina Roshan shared a video snippet on her IG handle, announcing her acting debut in Bollywood with the film, Ishq Vishk Rebound. Along with the video, she mentioned in a long note in the caption how elated she is feeling right now after getting fruitful results from years of hard work. She also added about her mixed feelings that she would be hitting the silver screen for the first time. Talking about the same, the budding actress wrote:

"It feels like years of austerity and hard work is finally bearing fruits. I'm extremely excited, nervous and elated to bring to you my first experience on screen: When relationships can be found on apps, and lost over a chat, you know that love needs an upgrade. ISHQ VISHK REBOUND. It's time to move on. Presenting #GenZ @rohitsaraf @jibraan.khan @nailaagrewal @tipsfilmsofficial @ramehtaurani @nipundharmadhikari @jaya.taurani #LoveGetsAnUpgrade #ItsTimeToMoveOn #IshqVishkRebound Music on @tips."

As soon as Pashmina shared the video, her fans, friends, and family started pouring heaps of love and praise on her. However, it was her cousin brother, Hrithik Roshan's girlfriend, Saba Azad's comment, which caught our attention. Taking to the comment section, Saba revealed the cute nickname for her beau's cousin sister, Pashmina and mentioned her excitement for watching her on-screen. Apart from Saba, Hrithik's daddy and Pashmina's uncle, Rakesh Roshan also congratulated the budding actress. Check out: 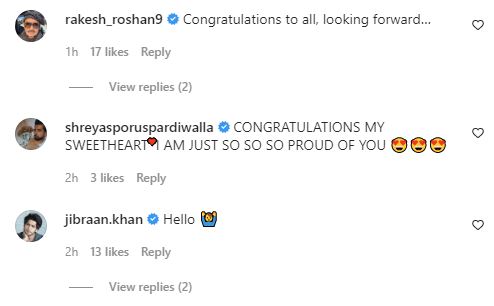 The film, Ishq Vishk Rebound is a sequel to the 2003 released film, Ishq Vishk, which had starred Shahid Kapoor, Amrita Rao and Shenaz Treasury. In the upcoming film, along with Pashmina Roshan we would also be seeing Rohit Saraf, Jibraan Khan, who played the role of Shah Rukh Khan and Kajol's son Krish in Kabhi Khushi Kabhie Gham, and Naila Grewal among the lead stars. Ishq Vishk Rebound, which will release 2023, is directed by Nipun Avinash Dharmadhikari and produced by Ramesh Taurani and co-produced by Jaya Taurani under the banner of Tips Films Limited. Well, we are super excited to see the budding actress from the Roshan family on the silver screen!

Next Read: Singer, KK Could Have Been Saved If CPR Was Given On-Time, Reveals The Doctor Post Autopsy Report