Preity Zinta shared a drool-worthy picture of her husband, Gene Goodenough along with her friends from the B-town featuring Hrithik Roshan, Sussanne Khan, Arslan Goni, Sonali Bendre. Check out!

Bollywood actress, Preity Zinta has already swooned everyone's hearts with her cutesy acting and pretty smile. She and her husband, Gene Goodenough had announced the arrival of their twins via surrogacy in November 2021. Since then, Preity keeps sharing cutesy glimpses from her parenthood journey with her munchkins, Jai and Gia. However, she is also one such actress who shares a beautiful friendship with people from the industry, and a glimpse of the same is found in her latestly updated picture.

Preity Zinta's one friend from B-town is the handsome actor, Hrithik Roshan and glimpses of the same have also been found earlier on their respective social media handles. For instance, on April 19, 2022, Preity had taken to her Instagram handle and had posted a cute picture with her friend, Hrithik from the flight. Alongside it, Preity had penned a heartfelt note thanking Hrithik for going out of the way and helping her in taking care of her twins, Jai and Gia. Her note could be read as:

"Many people will walk in and out of your life, but only true friends leave footprints in your heart. Thank you so much @hrithikroshan for going out of your way & helping out with Jai n Gia on such a Long flight. Now I see why you are such an amazing & thoughtful father. I love you the mostest. From hanging out as kids to having kids, I really am proud to see how far we have come & grown together." A few hours ago, Preity Zinta took to her IG handle and shared a beautiful picture with her husband, Gene Goodenough along with some of her friends from B-town. The picture featured Hrithik Roshan, his ex-wife, Sussanne Khan, her present boyfriend, Arslan Goni and Sonali Bendre joining Preity and Gene at a friends' reunion party in Los Angeles. The selfie was captured by Hrithik while all the other attendees brimmed with joy, the happiness on their faces was simply visible. Sharing it, Preity captioned the picture as:

"A night to remember #memories #ting." Bollywood actor, Hrithik Roshan is currently in Los Angeles with his sons, Hrihaan Roshan and Hredhaan Roshan and is constantly updating his fans with glimpses from the same. On June 29, 2022, Hrithik had taken to his Instagram handle and had posted two pictures of the yummy breakfast that he had cooked for his kids. The first picture had shown Hrithik's cooking skills. In the following picture, we could see his son, Hridhaan, enjoying the breakfast prepared by his daddy. Alongside it, Hrithik had written:

"My god! I surprise myself I tell you! I should cook more often. What a talent! I’m amazing :) ( all rubbish . But I choose to trust the little man hridz) Hehe. #breakfastclub #iwannacook #LAdiaries." 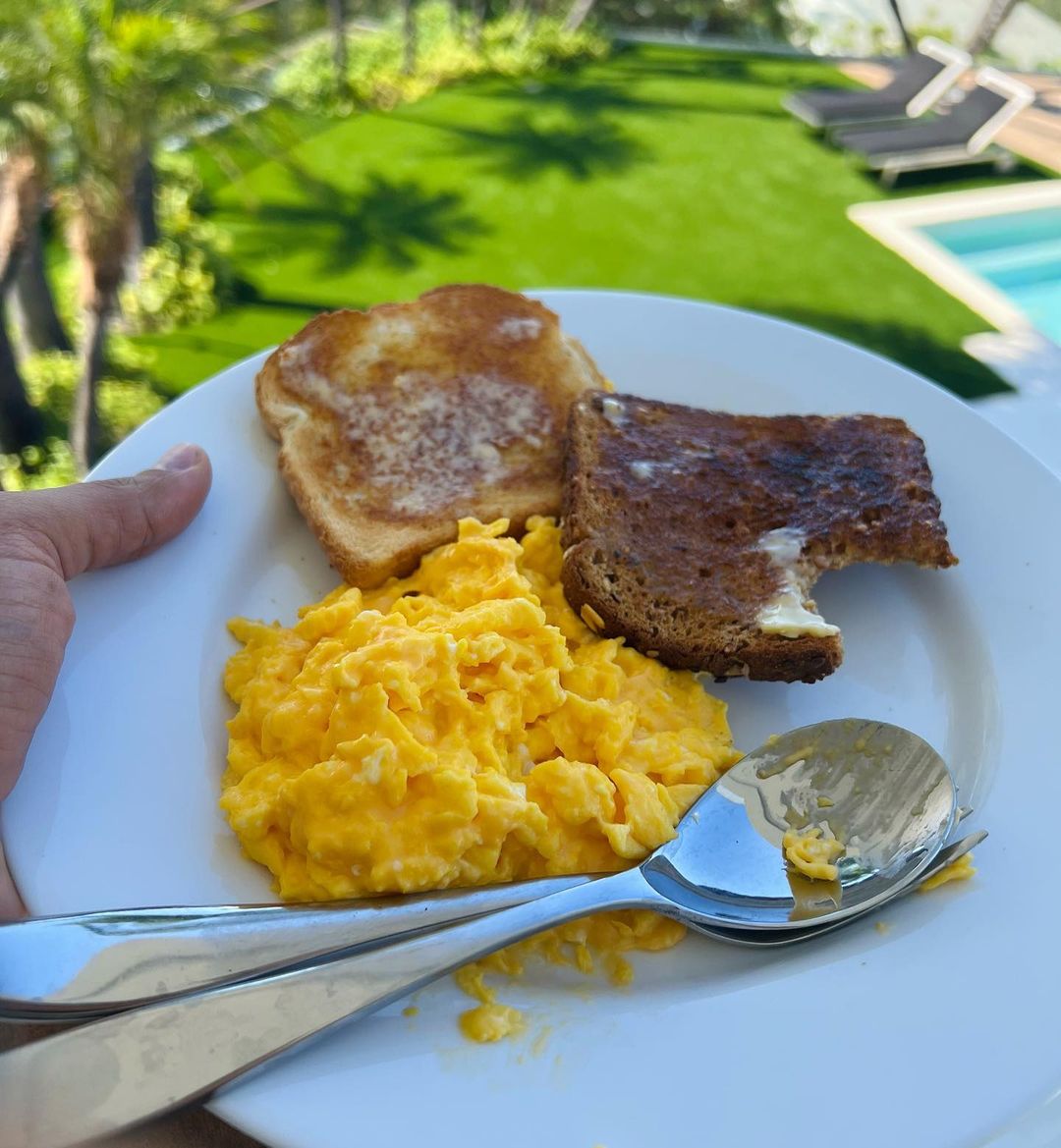 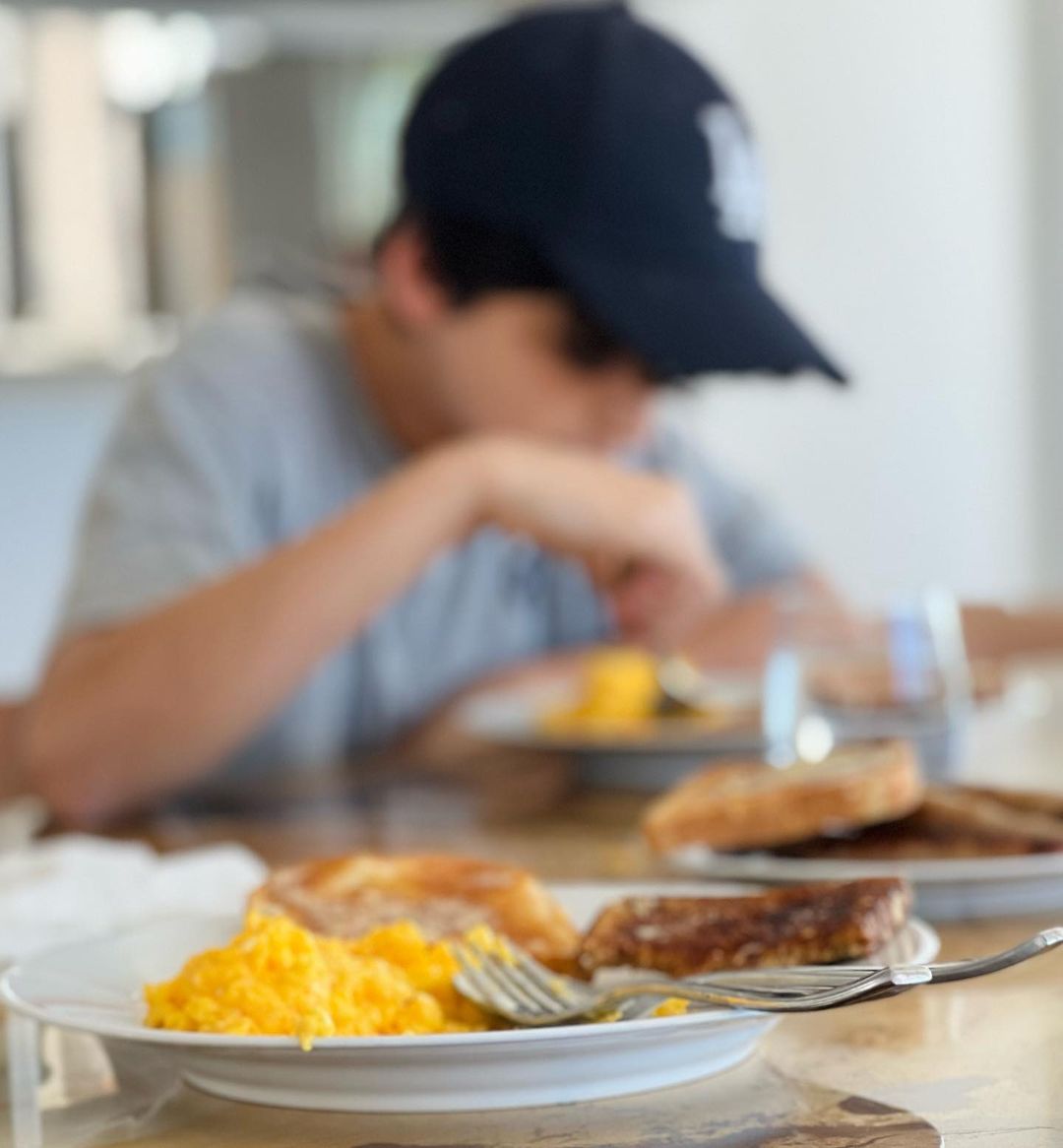 For those who don't know, Hrithik Roshan is currently dating Saba Azad. On the other hand, his ex-wife, Sussanne Khan, has also moved on in her life and is dating actor, Arslan Goni. The gorgeous designer and her boyfriend are also enjoying a much-awaited vacation in Los Angeles, California. Every now and then, she was delighting her massive fanbase with glimpses of the same. On June 17, 2022, Sussanne had taken to her IG stories and had shared a series of pictures with Arslan. In the first picture, Arslan was seen having a glass of orange juice while Sussanne was having her morning hot drink. Atop it, she had mentioned, "2 hours walk this morning". In the following story, Arslan was seen clicking the selfie and sharing it, his girlfriend has written, "Shaking off 2020, 2021…finalllyyyy #Summerof2022", followed by multiple hearts emoticons. Check out: 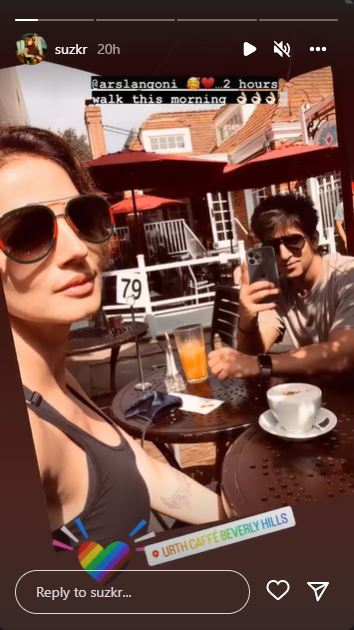 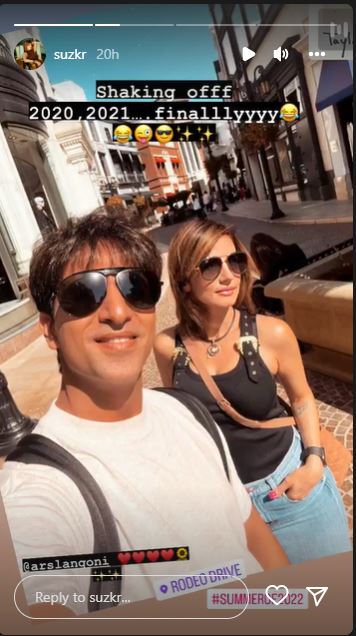 Well, we love the beautiful picture featuring the old friends from B-town! What about you? Let us know.

Next Read: Rubina Dilaik Recalls People Tried To Widen Gap Between Her And Hubby, Abhinav In 'Bigg Boss'