While scrolling through our social media handle, we got a hold of Hrithik and Sussanne’s wedding video which includes their 'jaimala', 'sindoor' and wedding vows. Check out the video inside! 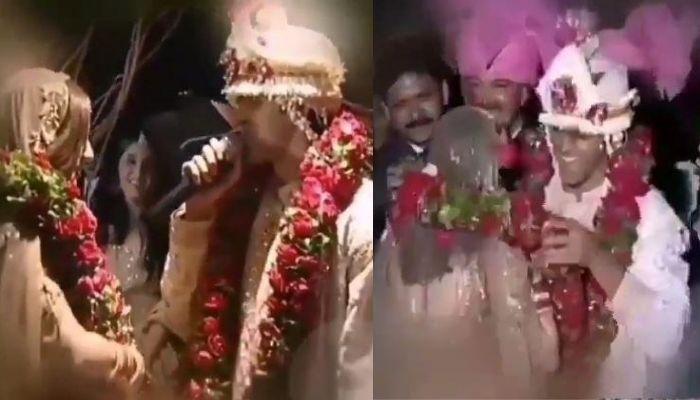 Marrying your childhood love is like a fairytale that not everybody gets lucky with. Some love stories are beautiful, even when they are broken and we love to cherish them. Hrithik Roshan and Sussanne Khan’s love story is one of them. They have taught us to be friends despite a broken relationship. The two have been co-parenting their kids, Hridhaan and Hrehaan and have been standing by each other’s side like a rock. Sussanne had come out in Hrithik’s support post-divorce, when Kangana had alleged a brutal relationship with him. And since then, we knew that nobody can separate them, even if there is no tag to their relationship now. (Also Read: Shah Rukh Khan's Kids, Aryan And Suhana Look Sleepy In Their Unseen Childhood Video From An Event)

Going in the flash back, Hrithik and Sussanne were once madly-in-love with each other and had shared blissful 17 years of relationship. The two had dated for 4 long years and had finally tied the knot in 2000. They had a traditional Hindu wedding. They used to share a beautiful understanding with each other until things went wrong and the two had decided to part their ways and end their marriage in 2013. The two had gotten divorced in the year 2014 but have remained cordial with each other. 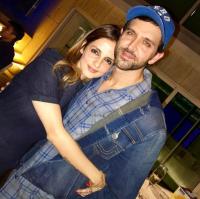 Hrithik and Sussanne’s wedding had broken many hearts and we were glued to our TV screens to catch glimpses of their wedding rituals. Their wedding pictures were flashing all over the TV screens and they were the talk of the town. While scrolling through our social media handle, we got a hold of Hrithik and Sussanne’s wedding video, which was shown to them on Simi Garewal’s Rendezvous With Simi Garewal. While the couple had laughed watching their wedding video, their wedding video had depicted their endless love for each other. From Hrithik’s happiness on seeing Sussanne walk down the aisle in her beautiful lehenga, to their Jaimaala, from their sindoor moment to their wedding vows, everything had looked magical and had made us believe in love. Take a look at the video below:

On the chat show of Simi Garewal, the madly in love Hrithik Roshan had called his then wife, Sussanne Khan an angel. He had said, “Let’s just say that if she was not there in my life, I would not have become an actor. She just had this faith that I lacked. She could see something I could not. She is perfect. She looks like an angel. I knew I could not live without her.” While Sussanne had said, “From day one, we just connected.” (Recommended Read: When Shahid Kapoor Shockingly Revealed Some Random People Touched His Wife, Mira Rajput Kapoor) 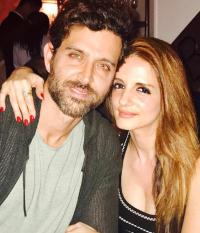 However, sometimes the situations don’t favour us, and people tend to grow apart. Despite all the ups and down, Sussanne has always been by Hrithik's side like a support system. Hrithik in an interview with Filmfare had spoken about his relationship with Sussanne post-divorce. He had stated, “I share a wonderful relationship with Sussanne. She’s been and still is a huge part of my life. Just like me, she’s someone who’s constantly striving to be a better human being. It’s nice when people tell me that our relationship is inspiring for them. At the same time, it’s sad that it’s rare for separated couples to find a peaceful, happy and healthy equation. That should change. We must all strive towards a better understanding of the world, a better understanding of ourselves.” 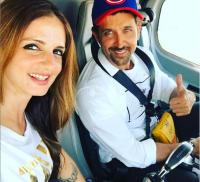 Talking about her equation with Hrithik, Sussanne had told Bollywood Hungama that Hrithik is her support system. She had said, “I have a support system in Hrithik. It’s not a marriage, but we are friends. That zone is so sacred to me, it doesn’t make me feel sad or lonely. My kids are go-getters. They organise things." (Don't Miss: Shilpa Shetty Kundra Reveals How Her Hubby, Raj Kundra Had Proposed Her In This Throwback Video) 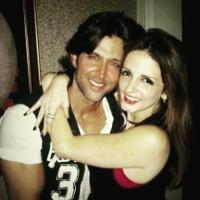 Oh, we so wish that Hrithik and Sussanne reconcile!