Hina Khan Flaunts Designer Gifts From Boyfriend Rocky Jaiswal, Thanks Him With An Adorable Post

Hina Khan Flaunts Designer Gifts From Boyfriend Rocky Jaiswal, Thanks Him With An Adorable Post

Hina Khan and Rocky Jaiswal are going strong with their relationship. Today, Hina thanked beau, Rocky for the lovely gifts. Scroll down to read the full story. Finding a perfect someone is a bliss. From exchanging lovey-dovey gifts to going out for dinner nights, every moment becomes memorable when you are with your perfect match. They say time tests the bond between the two. When you are far from your loved one, you realize the real emotions. The same thing happened with Kasautii Zindagii Kay 2 star, Hina Khan and her beau, Rocky Jaiswal.

The two had meet on the sets of Yeh Rishta Kya Kehlata Hai, where the former had portrayed the lead character of Akshara, and Rocky was the supervising producer of the show. The two initially became friends and with each passing day, their friendship blossomed into love. The madly-in-love couple had confessed their feelings on the national television when Hina Khan had taken part in Bigg Boss 11. Hina and Rocky never shy away from making public appearances or sharing pictures of each other on their respective Instagram handles. (Recommended Read: Sushmita Sen's Boyfriend, Rohman Shawl Shares A Special Birthday Message For Her Daughter, Alisah) 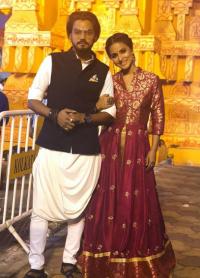 Today, on August 29, 2019, Hina took to her Instagram account and shared a story of thanking her beau Rocky Jaiswal for the lovely gifts. Hina shared two pictures on her Instagram story, flaunting the pink flip flops gifted by none other than Rocky. She thanked her boyfriend, Rocky for the lovely gifts. Hina is all set for her workout session in pink flip flops. On atop of her story she wrote, “Thank you @rockyj1 for these flip flops.” And in the other picture, she shared her gym look. Take a look at her pictures: 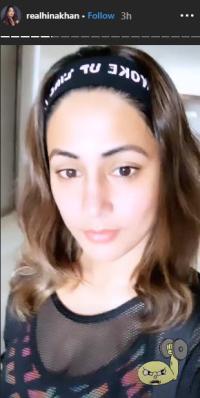 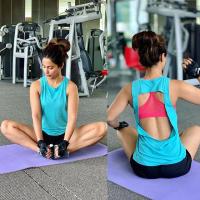 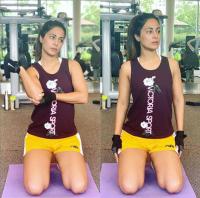 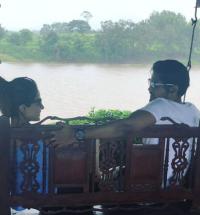 Hina Khan and Rocky Jaiswal had always denied their relationship until later in the year 2017, when she had participated in the TV reality show, Bigg Boss 11. During one of the episodes, Rocky had appeared on the show as her family member and both had confessed their feelings for each other on the national television. The two are in a steady relationship for years now and their respective Instagram handles are full of their lovey-dovey pictures. (Do Read: Anand Ahuja Is Missing Wife, Sonam Kapoor, But Finds A Solution To Deal With Her Absence) 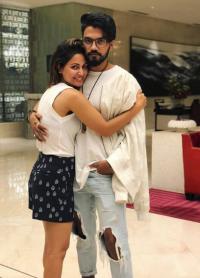 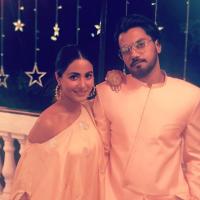 Talking about her reaction on Rocky proposing to her on national television, in a media talk, Hina had stated, “It was kinda sweet surprise for me as well. I wasn't prepared for it and neither was it planned. It just happened. I usually don't talk about my personal life but over there, you become so overwhelmed. The moment I saw him I could not control myself and when he kind of, it was not a proposal, we were in love before as well but the way he said it, I could not hold back and said it back, I love you too. It was sweet. I will always remember and cherish that moment.” 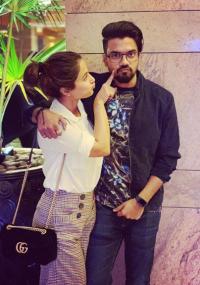 In an interview, Rocky Jaiswal had revealed the reason as to why he fell in love with Hina khan. He had said, “It is almost unreal if you find a person who's so honest all the time. She calls a spade a spade every single time. And that's the most important thing I love about her. Besides, she is the prettiest woman in the world.”

Ever since Rocky had proposed to Hina, their marriage rumours had started in the showbiz, until she had come out in open and had addressed her marriage rumours. In an interview with a leading online portal, Hina had said, “No, not at all. If anything happens, it will be a marriage which I've already said won't happen any time before 3 years. I don't understand why can't they do without making news that includes me. This is nonsense.” (Suggested Read: Tahira Kashyap Shares What Her Hubby, Ayushmann Khurrana Calls Her And It Is Hilarious) 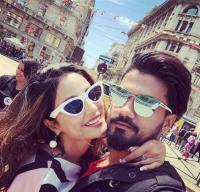 Hina loves spending time with Rocky’s family. Recently, on the occasion of Raksha Bandhan, Hina had shared glimpses from their pre-Raksha Bandhan celebrations. In the pictures, Rocky’s sisters were seen tying Rakhi to their bhai and performing rituals with their bhabhi. Hina had captioned the pictures, “Pre-Rakhee celebrations with our didi’s @rockyj1 and family Thank you for all the blessings @roy.37853 @neelamsingh.ritz @nirja.jaiswal Happy Rakhee sisters Shall post pictures with my lil bro on 15th #RakheeSpecial.” Here's one from the lot: 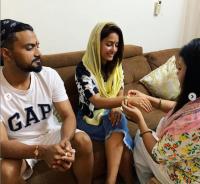 We are eagerly waiting for the two to get married. What about you guys?

The best thing about falling in love with the right partner is that you can be yourself and do not have to pretend to be somebody else. Love is not about the materialistic things, it is about the memories you create together and the trust you have for one another.