Hina Khan And Her Boyfriend, Rocky Jaiswal Can't Stop Kissing Each Other At A Family Birthday Bash

Hina Khan And Her Boyfriend, Rocky Jaiswal Can't Stop Kissing Each Other At A Family Birthday Bash

What we can decipher from the couple's Instagram stories, both Hina Khan and Rocky Jaiswal were at a family birthday dinner and the duo couldn't stop giving pecks to each other!

They say a lot can happen over a cuppa coffee, but do you know that a lot can happen over Instagram stories too? Yes, these days, thankfully due to the advent of technology and social media, we know every whereabouts of our favourite celebs as if we are their next door neighbours! One of the cutest and most sought after couples of the telly town, Hina Khan and Rocky Jaiswal express their love and pour out heartfelt love messages for each other on their Instagram stories, which also helps their fans to keep themselves updated with what’s brewing in Hina and Rocky’s life. (Do Read: Anant Ambani's GF, Radhika Merchant Helps A Needy Old Woman And She Is Winning Hearts All Over)

Remember the time when Hina Khan was holidaying in Maldives with her family and her beau, Rocky Jaiswal was shooting in London for his feature film, Doorman? While Hina was enjoying her blissful time in her fun-filled family holiday, thoughts of her boyfriend, Rocky, didn't seem to cease! Rocky had then taken to Instagram and posted a beautiful picture of a yellow dandelion flower and wrote the words, “Everything rare and pretty reminds me of you!” atop the picture and tagged ladylove, Hina Khan on the post. The doting girlfriend had reposted the same from her Instagram story too, and wrote “Miss You” on it, followed by a lovey-dovey emoji. Here’s a snapshot of the same: While we will share more such Hina Khan-Rocky Jaiswal Instagram story love with you all, let us give you another sneak peek into this couple’s love life. What we can decipher from the couple's Instagram stories, both Hina and Rocky were at a family birthday dinner and the duo couldn’t stop giving pecks to each other! As per the couple’s Instagram stories, both can be seen indulging in a little PDA as they cut cakes and happily posed with their family. Also checkout a few Instagram stories where Rocky and Hina seem to have a couple-conversation through words and quotes. (Also Checkout: Surveen Chawla Calls Mother-In-Law A 'Big Blessing' For Being Her Backbone During Pregnancy Phase)

Checkout all of them below: 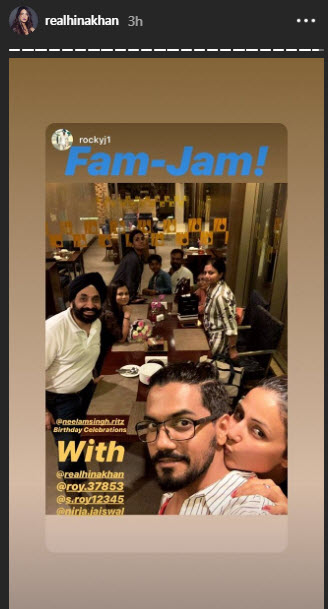 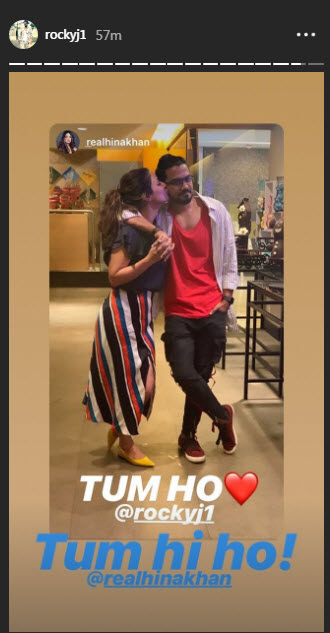 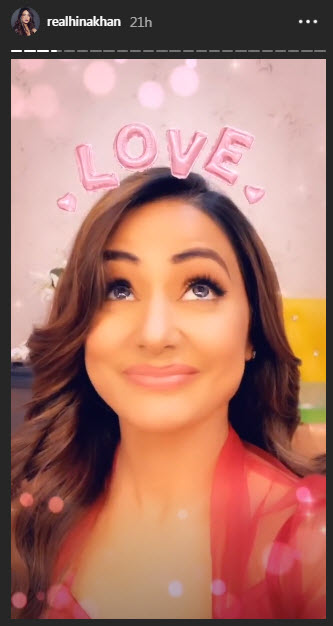 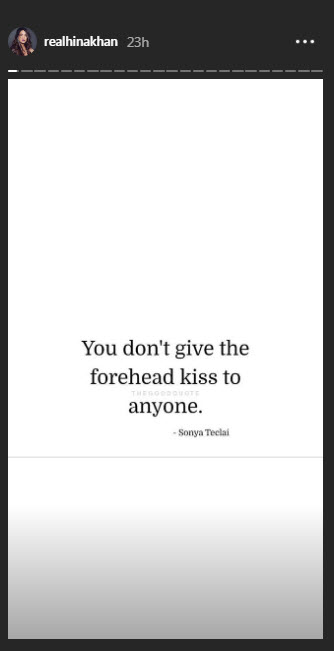 Talking about spreading love through their Instagram stories, as we had mentioned, Hina Khan’s beau, Rocky Jaiswal was in London for quite some time and Hina had a hard time without him. Rocky had shared a video, showing the insides of the plane with the words “Coming to see you @realhinakhan” written atop it. Sharing the same video, Hina wrote, “Dying to see you atop the picture”. While Rocky was welcomed with a sumptuous-looking dessert, a gesture of Hina must have swept the producer off his feet! The most-awaited Game of Thrones had released on April 15, 2019, and Hina, as she must have promised to her beau, Rocky, didn’t watch it without him! She had waited for him to come back and together, they had watched the first episode of season 8! How adorable is that! Checkout screenshots of the same here: (Must Read: Deepika Padukone Performs A Wedding Ritual With Married Ladies On Her Cousin's Wedding [Pictures]) 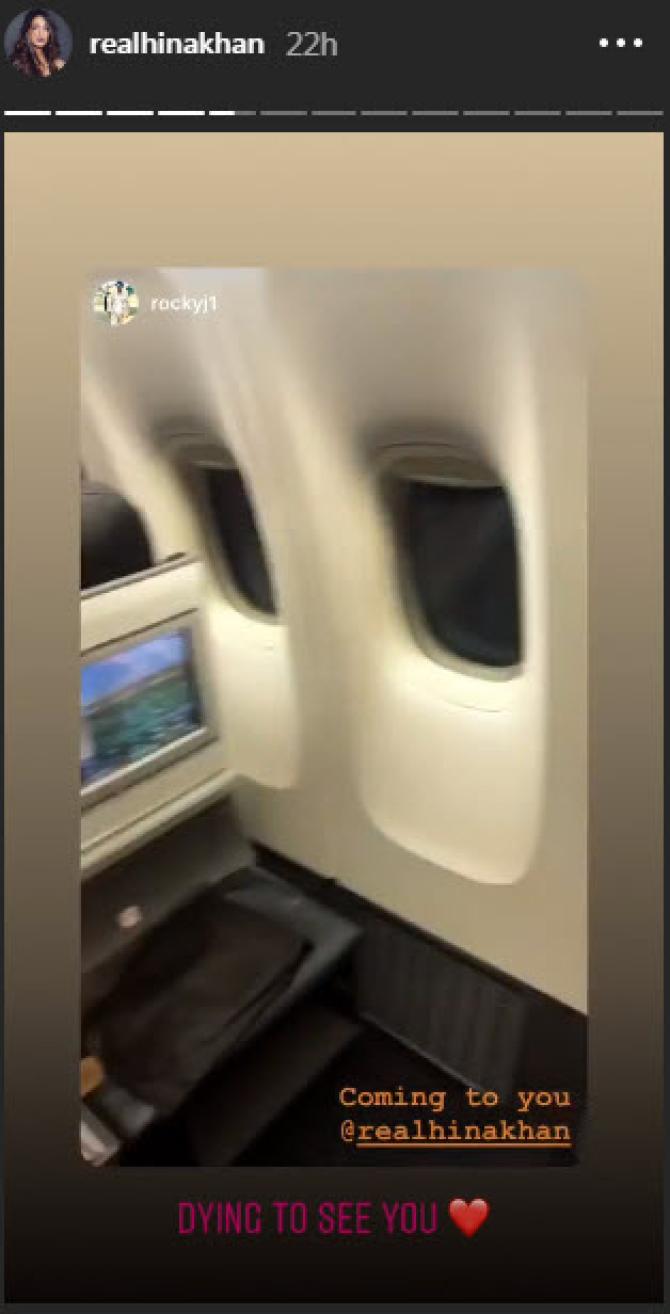 Upon Rocky Jaiswal’s return to India, he apparently compensated his absence to ladylove, Hina Khan by gifting her expensive beauty products and apparels! The Kasautii Zindagii Kay 2 star had posted a couple of videos and pictures, showing her fans all the expensive gifts that her producer-beau had given her, which included imported body showers, shampoos and Victoria’s Secret apparels! Take a look at all the pictures here and drool as Rocky Jaiswal once again stole the ‘Boyfriend of the millennium’ tag! (Don't Miss: Anushka Sharma Shoots Her Hubby, Virat Kohli With A Laser Tag And His Reaction Is Unmissable [VIDEO]) 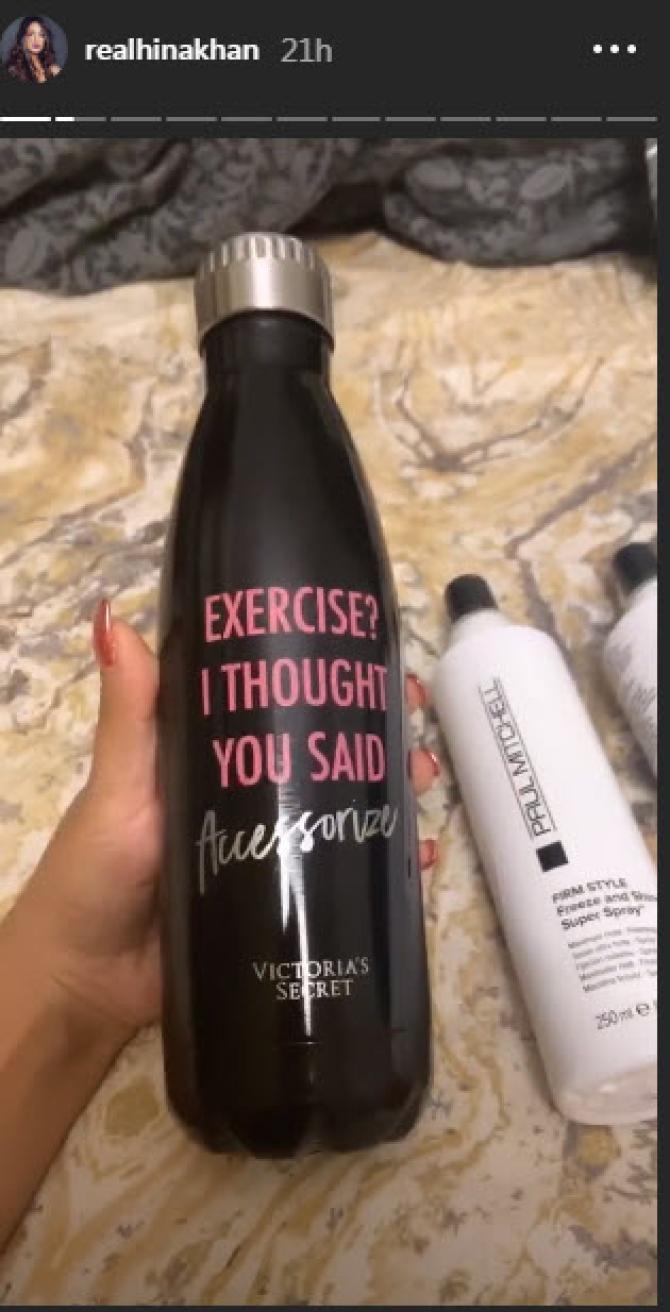 As evident as it can get, Hina Khan’s boyfriend, Rocky Jaiswal leaves no stone unturned when it comes to expressing how deeply his muse is loved. Very recently, Hina Khan had decked-up as a Bengali bride for a segment in her show, Kasautii Zindagii Kay 2 and had looked stunning! Rocky had immediately taken to Instagram and posting a beautiful picture of Hina in her Bengali bridal avatar, wrote the words, “The bride of my dreams” atop the picture, with the hashtag, #Bapokk, which means 'ethereal' in a funky way in Bengali. Here is the picture: 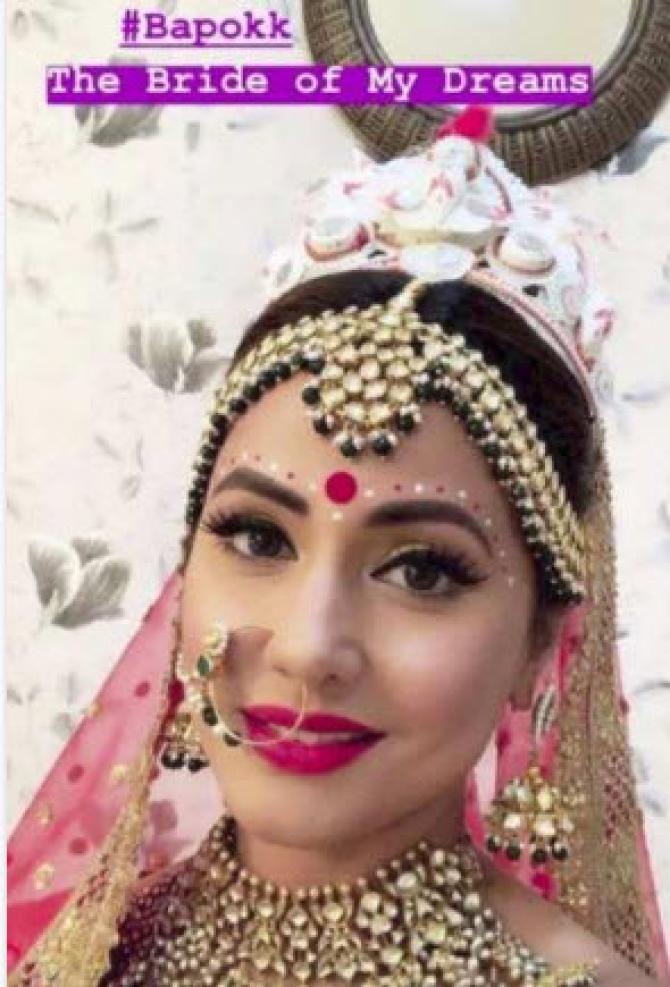 Hina Khan and Rocky Jaiswal are one of the many couples, who fell in love on the sets of Yeh Rishta Kya Kehlata Hai. Speaking of where they met and how love happened, Rocky had shared, “We met on the sets of Yeh Rishta Kya Kehlata Hai for the first time where I was the supervising producer and she was playing the lead role. That's how we met. As for what attracted me to her was her dedication to her work. I have seen a lot of actors, but she is one of the smartest of the lot.” And further added, “It is almost unreal if you find a person who's so honest all the time. She calls a spade a spade every single time. And that's the most important thing I love about her. Besides, she is the prettiest woman in the world.” 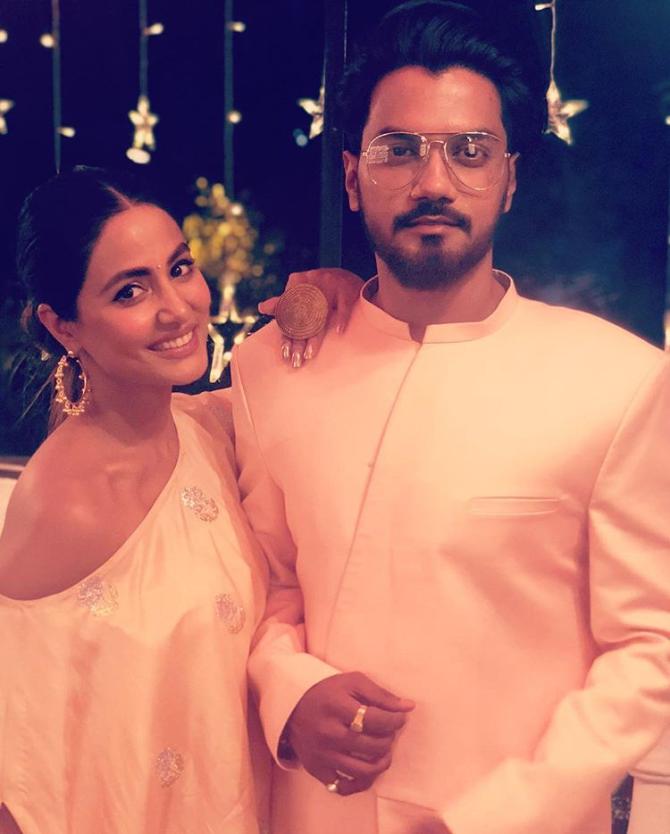 We can’t agree more with Rocky Jaiswal! More love and happiness to this couple!