Himanshi Khurana and Asim Riaz spotted in the city on his 28th birthday, netizens ended up trolling them, calling them 'Maa-beta'.

It is said that the world is divided between two people, the good ones and the bad ones. Similar is the case with social media as if there are some people, who will support you, there will also be people, who leave no chance to demean you. Himanshi Khurana and Asim Riaz are one of those celebrity couples, who often face hatred on social media despite having a huge fan following.

Asim Riaz and Himanshi Khurana's love story had started inside the Big Boss 13 house. From day 1 after Himanshi's entry inside the house, Asim was seen wearing his heart on his sleeves for her and the Punjabi actress had always refuted his love, maintaining the ‘I have a boyfriend’ stance. It was after the show that they had started dating and have been going steady in their relationship. Well, it's Asim’s birthday today and the haters did not spare the couple from the trolling. A few hours back, Asim Riaz and Himanshi Khurana were spotted outside Mumbai airport. While Himanshi wore distressed blue straight jeans with a white loose t-shirt, Asim wore a white vest, track jacket and joggers. The couple looked perfect together and their smiles won everyone’s hearts. While their #Asimanshi fandom got all crazy seeing them together, there were also users, who trolled them, spreading hate for them. While one user wrote, “Beauty????? Ma lagti h Asim ki,” another one wrote, “Ma bete lagte h dono.” Some even called them bhai-behan and some advised them to end their relationship.

Coming back to Asim and Himanshi’s relationship, the actor turned 28 years old on July 13, 2021, and his ladylove ensured that his special day doesn’t go unnoticed. Himanshi and his close friends arranged for a low-key party for him. Himanshi Khurana shared a candid picture from Asim Riaz's birthday celebration on her Twitter handle and tweeted, "Happy birthday @iamrealasim.", followed by a hug emoticon. 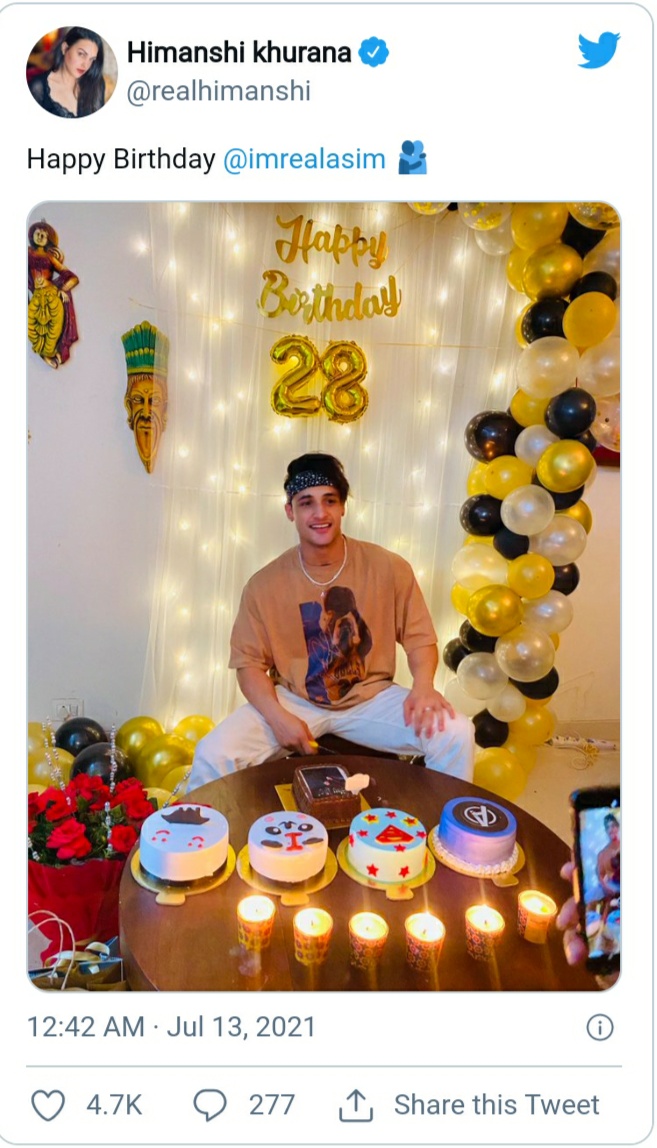 Videos are going viral over the internet from Asim Riaz’s 28th birthday party. For his birthday, a room was decorated with white curtains, fairy lights and black, golden and white balloons. As his friends had sung birthday song for him, Asim had cut an Avenger, Superman, Batman and Harry Potter themed cake.

In a candid conversation with the ETimes, Himanshi Khurana had expressed her thoughts on online trolling and had said, "I have never taken trolling seriously. But after Bigg Boss, there were so many comments about my personal life being made. There were so many things said about Asim and me. People don’t know the reality of our relationship. They don’t know how supportive we are towards each other." 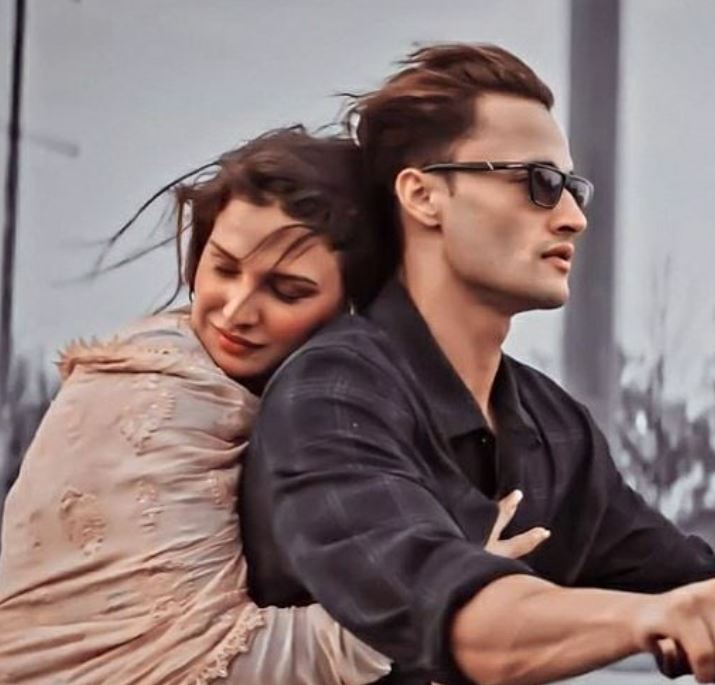 Himanshi had further shared that she and Asim don't pay much attention to the trolls. She had said, "Asim and I are very strong headed individuals. He stays away from social media and he doesn’t even care who’s saying what. He has a fixed schedule of gymming and workout so he doesn’t give attention to all these things. If we are planning a holiday or if he’s going somewhere he will first search for a gym. (Laughs). We both are busy with our lives because I am in Punjab and he’s in Mumbai. So won’t pay attention." On the work front, Himanshi Khurana and Asim Riaz have worked together in many songs like Kalla sohna nai and Khyaal rakhya kar. 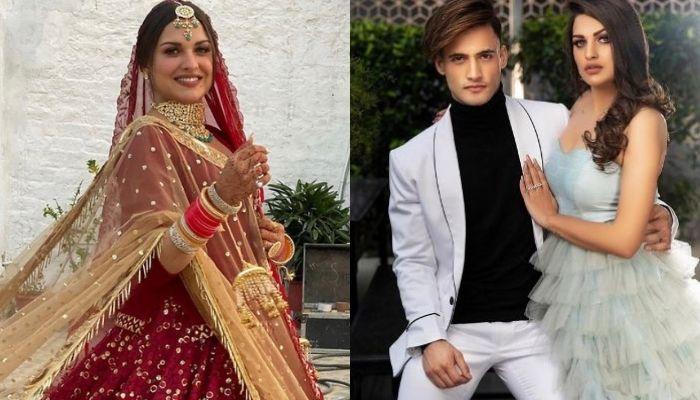 Himanshi Khurana and Asim Riaz’s love story is not hidden. Every Bigg Boss fan has witnessed them fall in love with each other on the show. From Asim’s Majnu avatar to Himanshi’s ‘I have a boyfriend’ stance, we have all seen how gradually these two came close and started dating.