A couple of days ago, Himanshi Khurana had posted a picture flaunting her chooda-clad hands. While fans thought she had tied the knot, we found the real truth behind it. Check it out!

It is said that there is nothing more surreal than the joy of growing up together with the person you love. However, in the world of glam and glitz, being surrounded by rumours is a part and parcel of the public life of celebrities. A celebrity rumour mill is always churning new stories of linkups and gossips. And that's what happened with Bigg Boss 13 contestant and actor, Himanshi Khurana when she had posted a picture, flaunting her chooda-clad hands. (Recommend Read: Sushant Singh Rajput's Rumored Girlfriend, Rhea Chakraborty Reaches Hospital, Looking Devastated)

On June 11, 2020, Himanshi had posted a picture of herself donning a chooda and mangalsutra bracelet. While Himanshi Khurana didn't put any caption with the picture, her fans had started speculating and came to the conclusion that she has tied the knot with her beau, Asim Riaz in a hush-hush ceremony. One of the users had commented, "Did you and Asim got married". The other had written, "Anyone noticed that ... She wore chooda in her hands."

Himanshi Khurana Shares A Cryptic Post On Crying Over Someone, Who Hurt You, Is 'Asimanshi' Over? 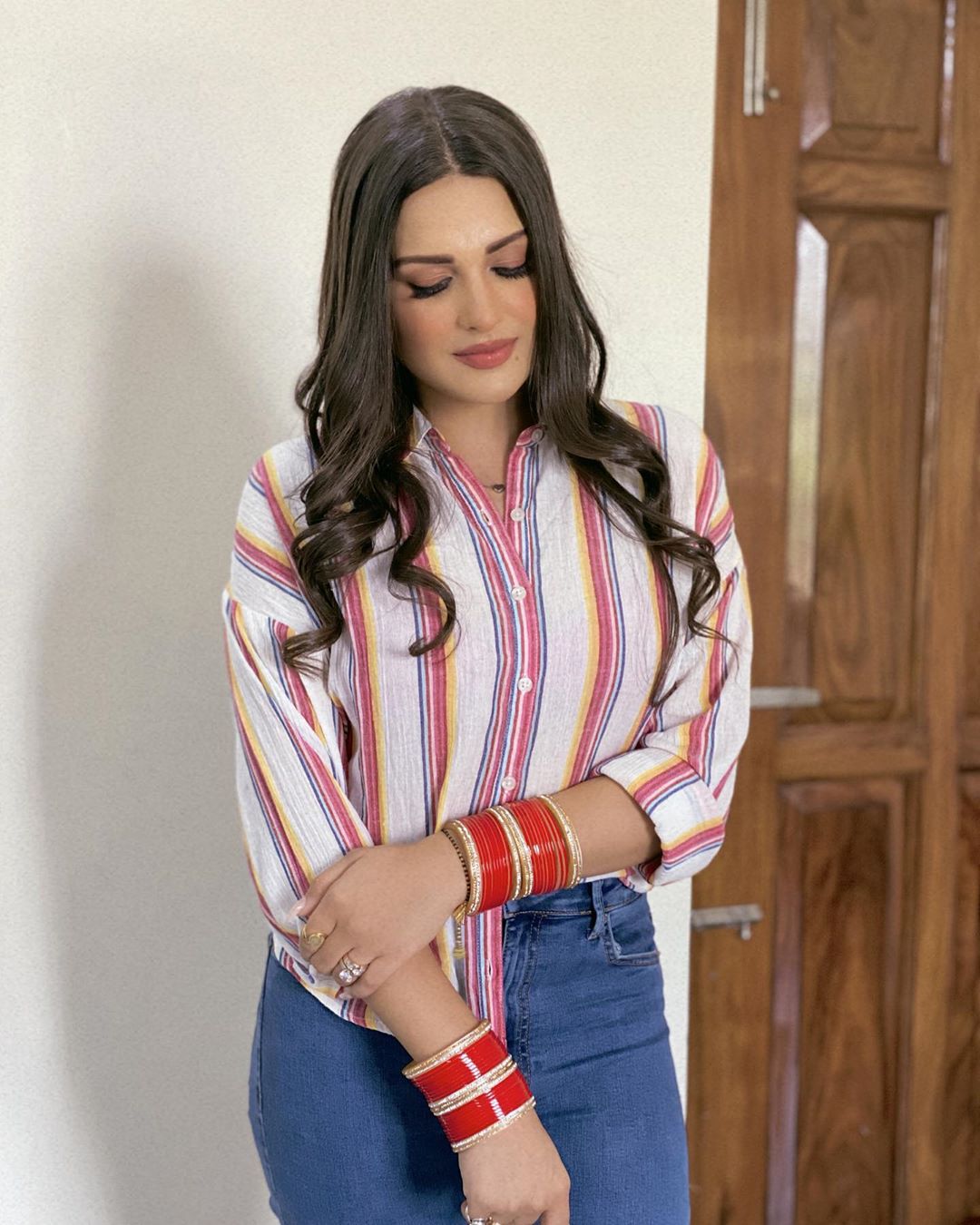 But Himanshi's latest Instagram post clears the air surrounding the news of her hush-hush wedding. The picture was the look of her new music video titled, Bazaar (Unlock the Lockdown of Tears), and it also features Punjabi actor-singer Yuvraj Hans. On June 13, 2020, Himanshi shared the poster of her music video, which shows her donning the same striped shirt as in the earlier picture. Check it out below: Talking about Himanshi and Asim's love story, the latter had gone down on his knees and had proposed to his ladylove on national television. When Himanshi had entered the BB house again as wildcard entry, Asim had proposed her for wedding and had said, “Himanshi, I really love you. Will you marry me? I swear to God, I want to marry you.” This definitely had left Himanshi in a state of shock but she didn't refuse him and had said, “You are a nice boy but there are many other things right now. I am not refusing but we have to see many things after going outside. I hope you understand. I will only say that I am here for you and this is enough.” She had accepted the flower that Asim gave her and had added, “I took so much time to make a friend and I need time to make a lover." (Also Read: Karan Mehra And Nisha Rawal Celebrate Son, Kavish Mehra's Third Birthday With Peppa Peg-Themed Party) In an interview with SpotboyE, Himanshi had admitted her relationship with Asim and had said, "Yes, we are dating!" She had further revealed that she had met Asim's family, "Yes. I met them, It was a great experience. It was only because of the show- everyone feels people are fake inside, isliye woh itna confusion aur miscommunication ho raha tha. Jab tak aap bahar aake baat nahi karte, tab tak cheezein clear nahi hoti. Now, it's all good." (Don't Miss: Shweta Tiwari Gives A Befitting Reply To Estranged Husband, Abhinav Kohli For Harassing Her Daughter)

Well, we are waiting for Himanshi and Asim to take their relationship to the next level!