Indian cricketer, Hardik Pandya hails from a middle-class family, and apart from his record-breaking strikes on the field, he is also known for his fashion quotient. He had reportedly met his ladylove, Natasa Stankovic, at a nightclub and got bowled by her personality. It was on New Year 2020’s eve when the cricketer popped the million-dollar question to Natasa on a cruise. And obviously, she said yes!

Soon after tying the knot in May 2020, the couple pleasantly surprised their fans by announcing their pregnancy within two months of marriage on July 30, 2020. From being crazy lovers to responsible parents to their sunshine, Agastya, the couple has grown stronger with every passing day. Now, as the lovebirds took some time off from their busy schedule and went on a pool date together, mushy glimpses from the same are doing rounds on the internet and are truly unmissable! 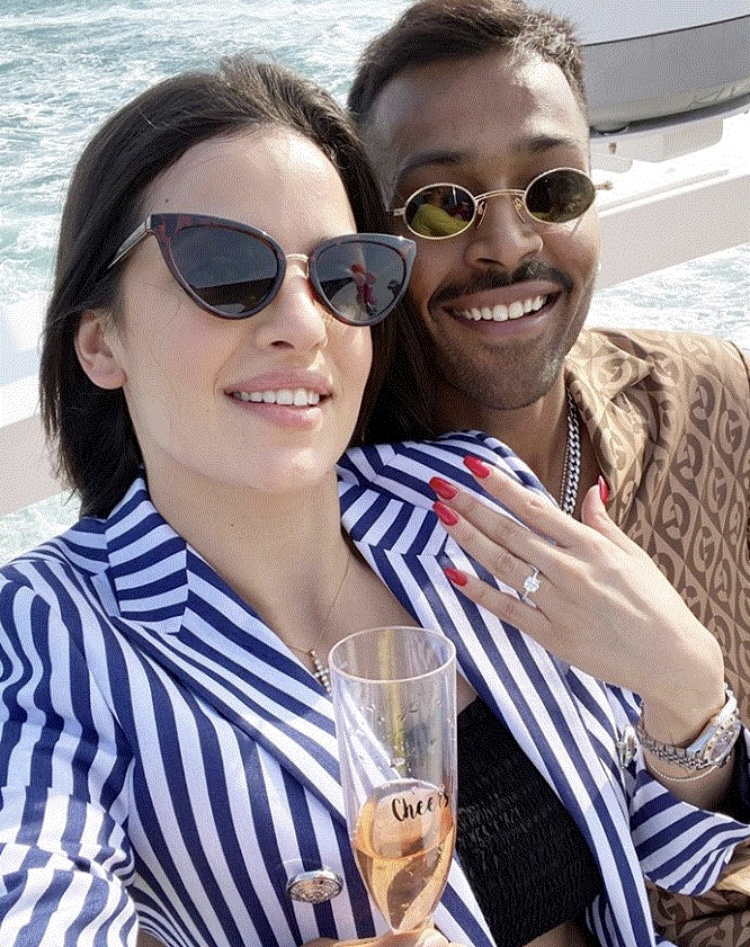 On August 12, 2022, Natasa Stankovic took to her IG handle and dropped a beautiful picture featuring her hubby, Hardik Pandya, from their Greece vacation. In the photo, we can see the couple enjoying their intimate moment in a pool while swimm on their respective quirky unicorn and whale floats. As Hardik flaunted his toned body, Natasha looked pretty in a black satin swimsuit. Alongside it, she penned: On May 29, 2022, captain Hardik Pandya’s team, Gujarat Titans had won the IPL 2022 after beating Rajasthan Royals. Hardik’s team chased down Rajasthan Royals with seven wickets, and Hardik’s happiness knew no bounds. Hardik’s composure was unmissable as he didn’t shout or scream after the historic win and simply smiled while exchanging pleasantries with his teammates. But Hardik’s wife turned emotional as she came running to the field and hugged him tightly. 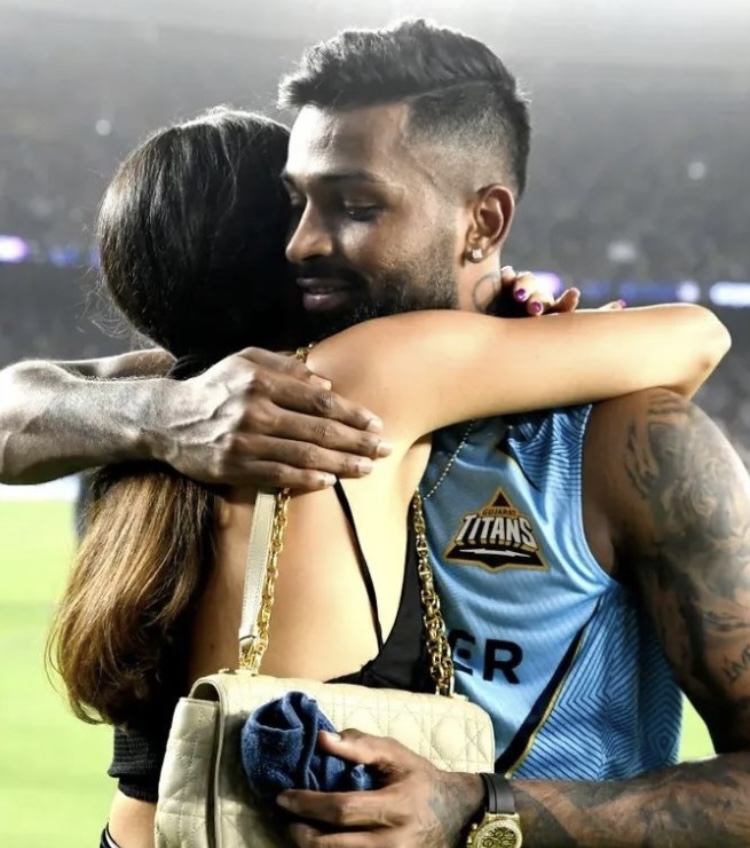 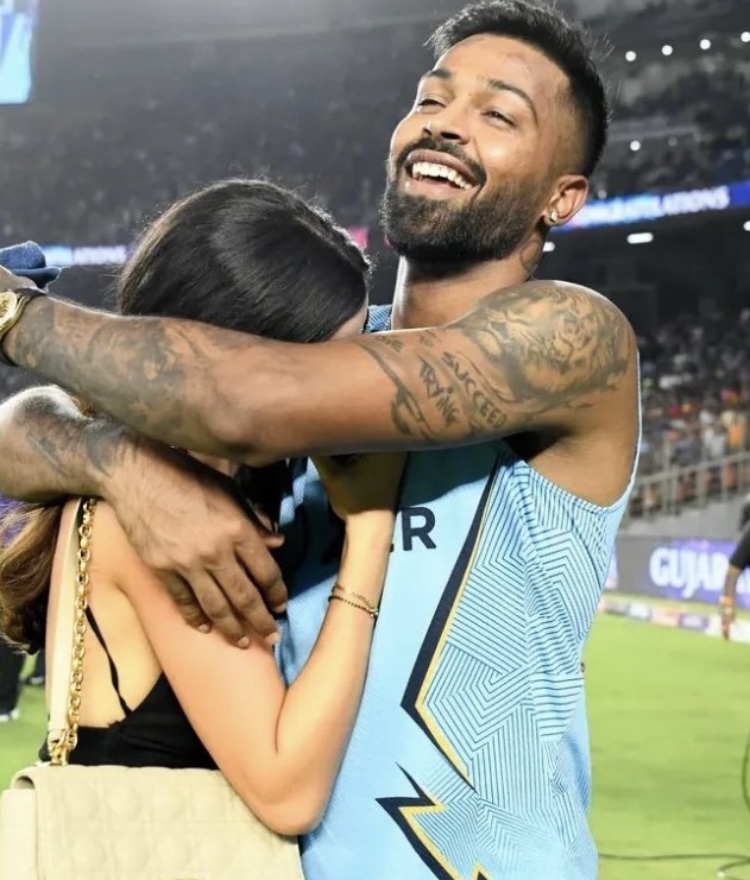 Earlier, in an interview with crickettimes.com, Hardik Pandya had opened up about meeting Natasa Stankovic for the first time and how they had started dating. When asked whether Natasa was a fan of him, the cricketer had retorted by saying, “She had no idea who I was.” Taking about their love story, Hardik had shared:

“I got her by talking. She saw someone in a hat at a place where I met her, wearing a hat, a chain, and a watch, at 1 am. So she thought he is ‘alag prakaar ka aadmi aaya’ (different kind of person came).” 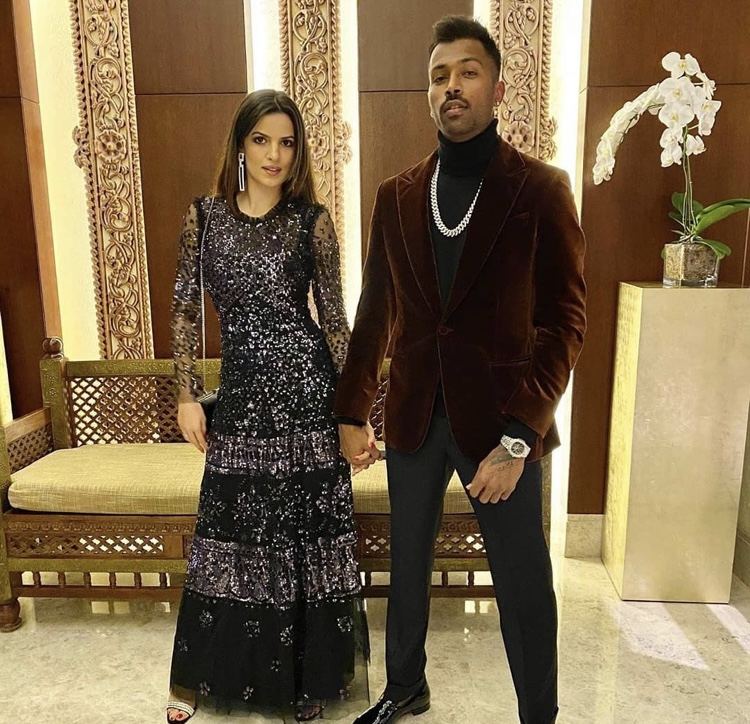 We are eager to get hold of more pictures of Hardik and his family from their Greece vacation. What about you?

Next Read: Kareena Kapoor Gives A Valuable Advice To 'Nanad', Alia Bhatt On Motherhood, Says, 'She Should..'