American songwriter and singer, Halsey announced her pregnancy in January 2021 but some reports suggested that it was an unplanned one. She clarified the reports on her Instagram with a note.

Ashley Nicolette Frangipane, professionally known as Halsey is an American songwriter and singer, who initially gained attention from self-released music on social media platforms. Halsey is known for her distinctive singing voice and had started writing music when she was 17. During Halsey’s childhood, her mother listened to The Cure, Alanis Morissette and Nirvana, while her father listened to The Notorious B.I.G., Slick Rick, Bone Thugs-n-Harmony, and 2Pac, which she believes had a great influence on her musical taste. Halsey had credited Lady Gaga for giving her the strength to be herself. During the initial phase of her career, Halsey drew criticism for allegedly calling herself "tri-bi" in an interview, due to her being biracial, bipolar and bisexual. (Also Read: Alec Baldwin And Hilaria Baldwin Share The First Full Photo Of Their Baby Girl, Reveal Her Name)

Love and happiness are in the air for Halsey and her beau, Alev Aydin as the couple is expecting their first child. Halsey had surprised her fans in January 2021 when she posted a couple of pictures, flaunting her baby bump. To announce the news of her pregnancy, Halsey had written on her post, “Surprise!” followed by a baby bottle, rainbow and an angel emoji. On Halsey’s post, her beau, Alev had commented, “Heart so full, I love you, sweetness” followed by two heart emoticons. Shortly after, Halsey had also posted a sonogram of her baby.

Gigi Hadid Flaunts Her Love For Daughter, Khai With A Necklace Of Her Name, It Is Every Mother Ever 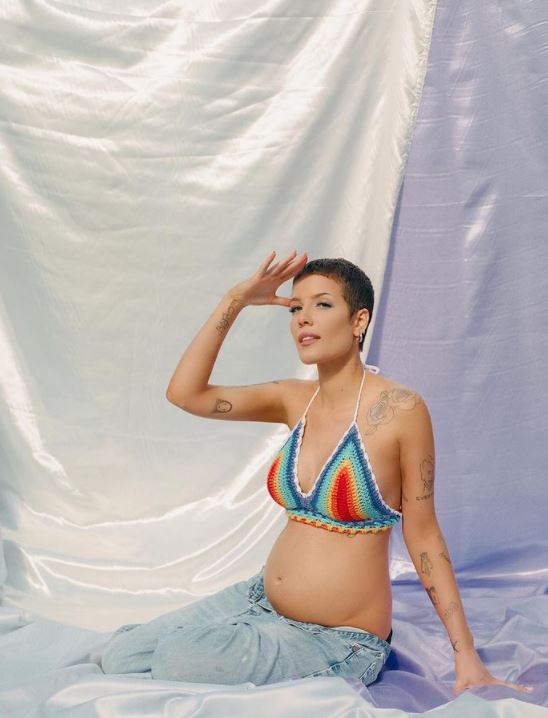 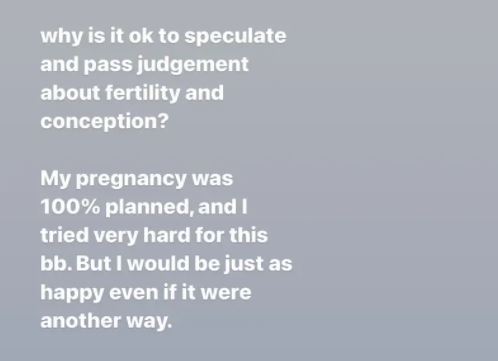 Eight years ago, Halsey had tried to take her own life and though now she is committed to the path of self-betterment, she worries about her health. Halsey had elaborated in an interview with The Guardian, “There’s been a lot of times where I’ve thought: ‘If I keep doing this I’m gonna die.’ Other times I think: ‘But if I’m alive and I’m not doing this I might as well be dead.’ This is all I’ve known for the past five years. I hope the world gets more sensitive to that. I don’t think it will.” Her song, More, is about her desire for a child and she was scared to release it back then because of the online abuse she had received after her miscarriage. She was quoted as saying, “It’s the most inadequate I’ve ever felt. Here I am achieving this out-of-control life, and I can’t do the one thing I’m biologically put on this earth to do. Then I have to go onstage and be this sex symbol of femininity and empowerment? It is demoralising.” (Also Read: Angelina Jolie Auctions Off Winston Churchill Painting For USD 11.5M Gifted By Ex-Husband, Brad Pitt) 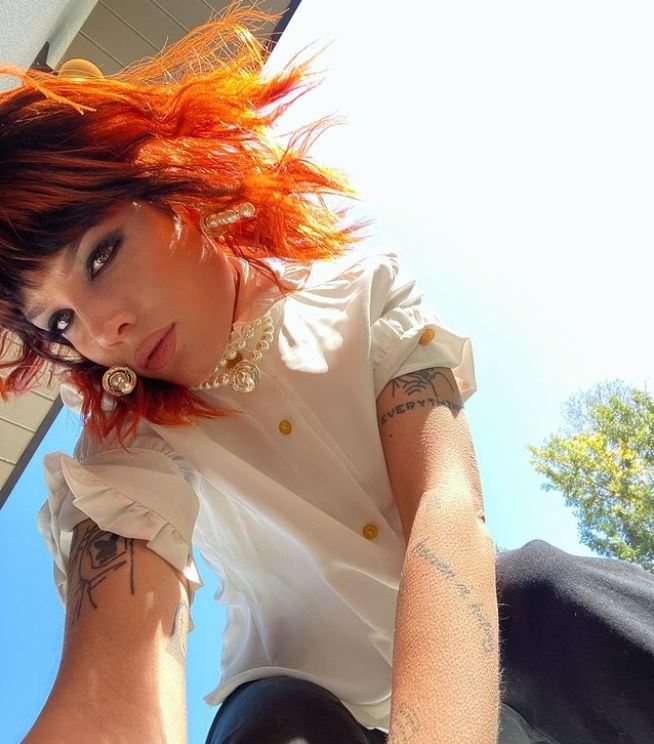 Speaking about Halsey and Alev Aydin’s relationship, the couple had gotten a pair of matching tattoos of the word, “Seeds” on their feet. Back in June 2020, Aydin got inked on the top of his foot while Halsey placed hers near her heel. While it was unclear what the ‘Seed’ tattoo meant for the couple, a fan had noticed that the week when the lovebirds got inked was "cosmically the best week to plant a seed." To mark Valentine’s Day 2021, Aydin had posted a picture with Halsey and a solo of his ladylove. He had captioned the post as “My sun-kissed sweet - us back before bebek was on the way. Happy Valentine’s Day to the baddest woman on the planet - I Love You!” She had commented on his post, “I love YOU my valentine!” 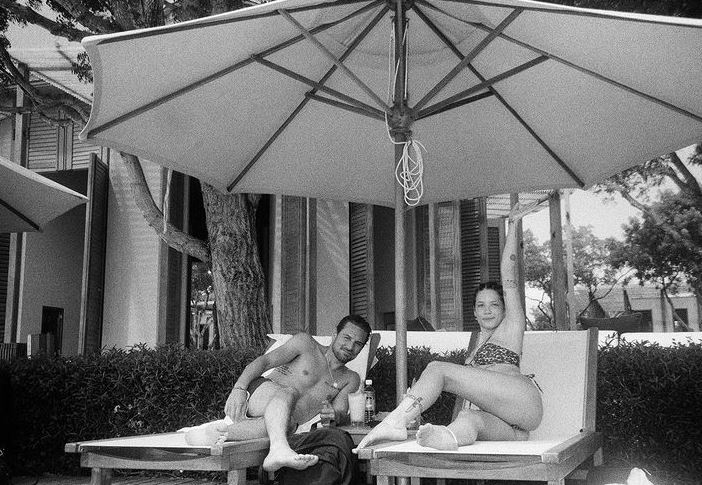 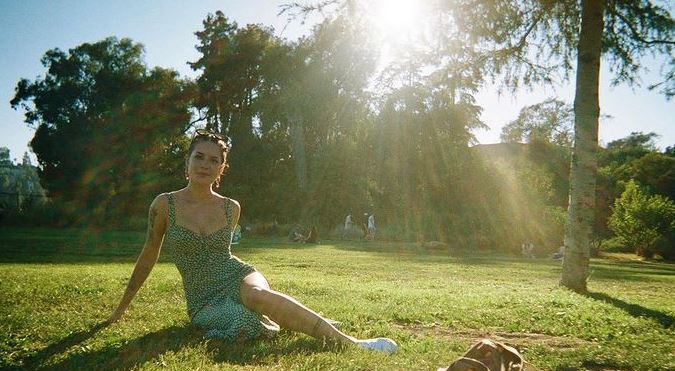 A few days ago, Halsey had posted a couple of snapshots, which included a sunny bikini baby bump picture of the to-be mommy and captioned it as "February is the shortest month, but the days seem like they are taking very long. Butttttt also going so fast?! I've been thinking lots about my body. it's strange to watch yourself change so quickly. I thought pregnancy would give me very strong, binary feelings about 'womanhood' but truly it has levelled my perception of gender entirely. My sensitivity to my body has made me hyper aware of my humanness and that's all. Doing a remarkable thing. And it's grand. I hope the feeling lasts. I cook a lot, sleep even more, and read lotssss of books. I miss my family. And you guys too! bye for now." (Also Read: Britney Spears Shares A Rare Picture With Her Teenage Sons, Sean And Jayden, Calls Them Gentlemen) 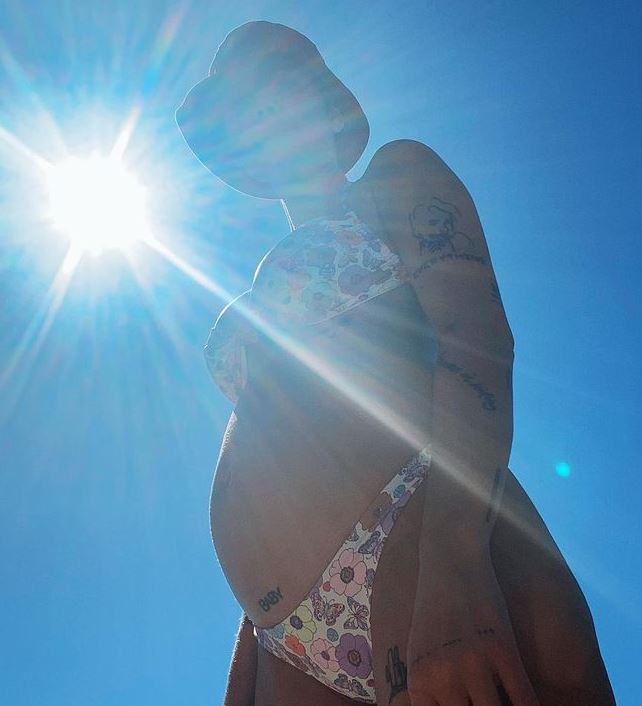 Halsey has always been candid about her struggles with reproductive health, be it her miscarriage or pregnancy!