Gurdip Punjj is a doting mother to her kids, Meher and Mahir. On May 4, 2020, she shared a picture of her little ones and thanked COVID-19 for making them independent 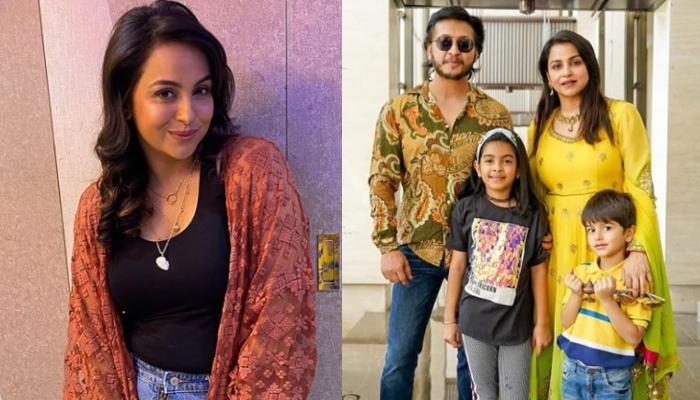 One of the best phases of a mother’s life is when she witnesses the growing period of her kids. From seeing them taking their first step to help them say their first word, for every mother, these moments are the most memorable ones. They make sure to capture all these moments to cherish all through their life. And television’s most popular actress, Gurdip Punjj, famous for her roles in serials like Sanjivani and Sinndoor Tere Naam Ka is enjoying every moment of her motherhood with her little munchkins, Meher and Mahir. (Also Read: Hardik Pandya Recalls How He Had Met And Started Dating The Love Of His Life, Natasa Stankovic)

Gurdip Punjj had met her Mr Perfect, Arjun J Punjj when she was working in the serial, Sanjivani. For Arjun, it was love at first sight and he was completely awestruck by Gurdip’s compassion. After work, they would often go out and that was when the two had realised that they share a lot of common interests. And during the course of time, the two had fallen head-over-heels in love with each other. Arjun had proposed marriage to her on June 28, 2006, and the two had gotten married on December 10, 2006. They are now proud parents to two adorable kids, Meher Punjj and Mahir Punjj, and are cherishing every moment with their little ones. 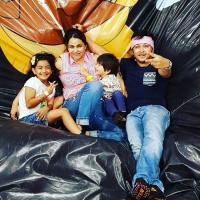 The entire country is facing the deadly COVID-19 pandemic and is making sure to protect their loved ones from it. Seems like Gurdip is quite happy with the virus. On May 4, 2020, she took to her Instagram handle and shared an adorable picture of her children, Meher and Mahir where Meher was seen with a plate of pancakes. Along with the picture, Gurdip wrote a note thanking the virus for making her kids atmanirbhar. Her note can be read as “Every cloud has a silver lining, here I have something to thank #corona2020 it’s definitely made my kids independent now they can fix their own pancakes for breakfast.... #covid19 #atmanirbar.” 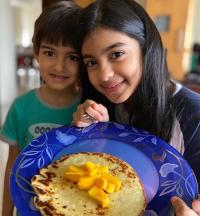 On May 12, 2020, Gurdip had taken to her Instagram handle and had shared a throwback picture from one of her holidays reminiscing the carefree days. In the picture, Gurdip was seen posing with her hubby, Arjun, and their kids, Meher and Mahir. Along with the picture, she had written, “Once upon a time in London, when holidays were not a far fetched thought. Sometime back in 2016 when my Mahir was only11 months n My little Meher only 5yrs old.” (Also Read: Sushant Singh Rajput Shares Tearful Note For His Late Mother, Rumoured GF, Rhea Chakraborty Reacts) 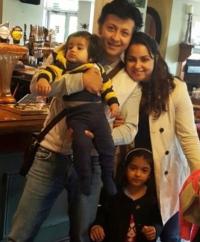 Gurdip Punjj often gives snippets of her life through her social media handle. The actress had played the role of a mother in the serial, Mughal-E-Azam. In an interview with the Bombay Times, she had stated that she had no qualms about playing the role of a mother to a grown-up actor. Talking about the same, she had revealed, “People have seen me mature as an actor, so they offer me roles keeping that in mind. Also, this is a historical show and we know that women would get married at an early age back then. It’s a strong character and I am too excited to play the part. I am a mother of two in real life and so, maternal love comes naturally to me. That makes it easier to portray my character with conviction.” 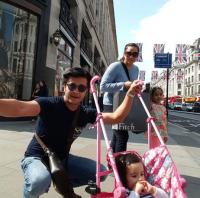 Gurdip has always believed in love marriage that is arranged by the families. In an interview with The Indian Express, Gurdip had stated whether marriage played an obstacle for her career and had revealed, “Marriage has never been an obstacle to get work for me. Television helps you grow with your characters. I have grown with my shows. Characters mature very fast on television and in cinema it is different”. (Also Read: Shahid Kapoor Enjoys A Meal In Beas As Mira Kapoor Keeps An Eye On Misha, Zain Who're Running Around) 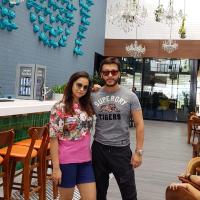 Well, what do you think about Gurdip’s take on the pandemic? Let us know.