Guneet Monga Reveals Why She Had Staged Her Wedding With Fiance, Sunny Kapoor In Front Of His 'Dadi'

Filmmaker, Guneet Monga shared that she had staged her wedding with her fiance, Sunny Kapoor. Read on to know why!

Filmmaker, Guneet Monga had exchanged rings with her loving boyfriend, Sunny Kapoor on April 11, 2022. The madly-in-love couple had hosted an intimate engagement ceremony at their home, which had included their close friends and family. However, for Sunny’s dadi, it was not their engagement but a wedding. Recently, Guneet revealed why she had staged her marriage in front of her would-be hubby, Sunny’s dadi.

For those who don't know, Guneet Monga has backed many films in Bollywood through her production company, Sikhya Entertainment. Guneet has a few big film names in her kitty, including Gangs of Wasseypur, The Lunchbox, Masaan, Zubaan, and Pagglait. On the other hand, her fiance, Sunny Kapoor is a renowned entrepreneur in the fashion world. 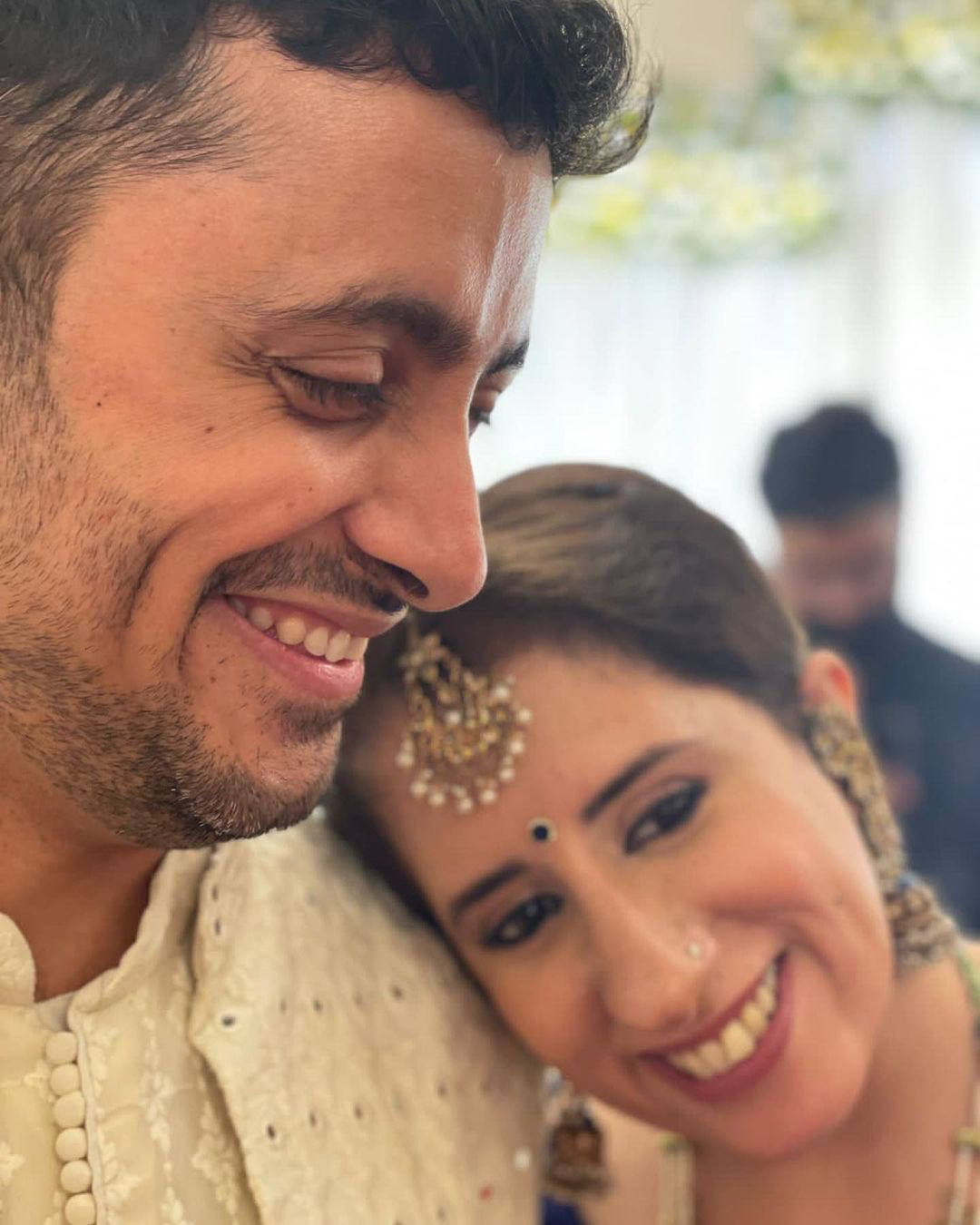 On June 20, 2022, Guneet Monga took to her IG handle and shared a monochromatic video from her engagement ceremony. The video showed the couple, Guneet and Sunny taking blessings of the latter’s dadi. In the caption, she shared that Sunny’s grandmother had wanted them to marry soon. And when his dadi was diagnosed with cancer, they had arranged their staged wedding within 48 hours. She wrote:

“I staged my own wedding. Everyone who knows me knows that I always wanted to get married. Ever since I was 18. Cut to 20 years later I meet Sunny. The best of it all was getting to meet his family. I’ve missed having my own family for a decade and a half now. When I met Sunny’s dadiji for the first time, she said ‘Jaldi shaadi karlo… main naachungi (Please get married soon. I will dance)’. And I was like ‘I love you Dadi’. Soon after, dadi was detected with cancer and the only thing she kept saying was ‘Sunny da viah (Sunny’s wedding)'. Her health deteriorated by the day and in 48 hours we decided to get married only for her."

Further in her note, Guneet said it was an engagement but had felt like a real wedding. She shared that after their varmala moment, dadi had given the Kapoor family’s ancestral jewellery. She penned:

"So yes, we staged our wedding which was an engagement but looked and felt like a wedding. Dadi ji came and we exchanged Jai Malas for her. She gave me khandani (ancestral) jewellery and my joy had no bounds. She put a chunni around us, a ceremony to welcome the new bride home. Later I cooked Kadah Prashad at home and she lovingly ate and gave us her blessings. It was very hard for her to talk, but we were able to negotiate the number of kids. She said, ‘only have as many kids as you can afford to teach.” While concluding her note, Gurmeet mentioned that they had lost dadi last week due to cancer, but she misses her every day. Further talking about she could successfully fulfil dadi’s last wish, Guneet wrote:

“Unfortunately, we lost her last week. But, I can only be thankful for the time I had with her, and grateful that we were able to bring her joy and fulfil her wish to get us married. Becoming a bride in dadi’s eyes and having the honour of fulfilling her dreams, alongside mine, will always be one of the most cherished moments of my life. It’s so important to live your dreams, but it’s all the more important to live for someone else’s too. We will miss you every day dadi. Rest in power and peace. Thank you for your blessings Dadiji. Sunny and Guneet.” 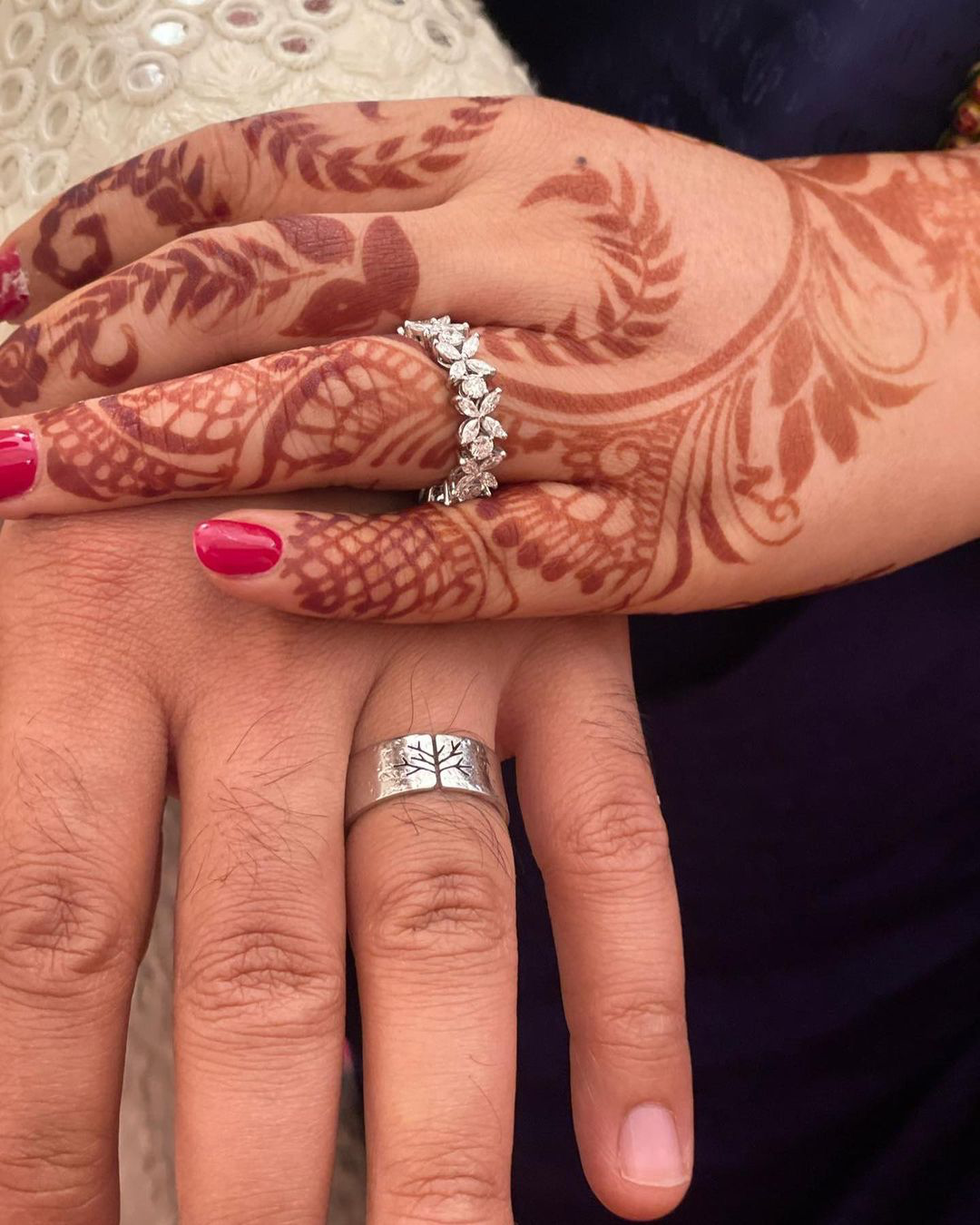 We love the beautiful reason behind Guneet and Sunny’s staged wedding! What about you?

Next Read: Kajal Aggarwal Gives A Kiss To Her Newborn Baby, Neil, Calls It The 'Best Birthday With Her Bubs'