Sonali Bendre and Goldie Behl had tied the knot on November 12, 2002, and yesterday completed 17 years of marital bliss. Goldie wished Sonali by calling their marriage the best decision. 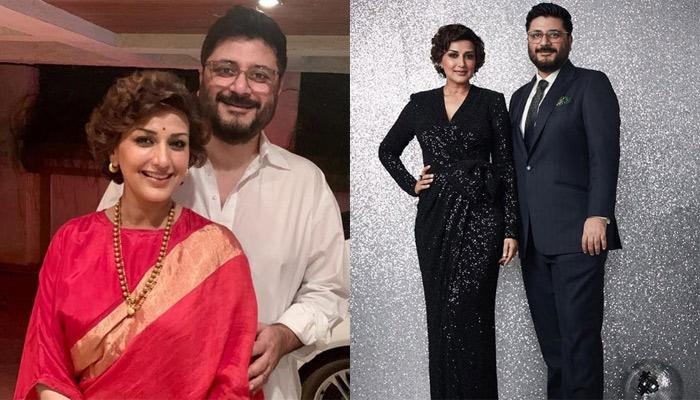 ‘Match Made-In-Heaven’, ‘Madly-In-Love’, ‘Head-Over-Heels In Love’, ‘Perfect Couple’, ‘Steady Relationship’- all these synonyms perfectly describe the bond that Sonali Bendre and her husband, Goldie Behl share. Punjabi munda, Maharashtrian mulgi are poles apart yet perfect together. They are the perfect exemplars of ‘opposite attracts’ and have been living their ‘happily ever after’ with their son, Ranveer Behl. (Recommended Read: Ranveer Singh's Comment On Wifey, Deepika Padukone's Pictures Is All About 'Laal Ishq')

The year 2018 was not the best year for Sonali Bendre and Goldie Behl as the former was diagnosed with cancer and had to fly out to New York for her treatment. More than the medicines, it was her willpower and determination that had helped her to revive in life after her treatment. She had made sure that cancer becomes ‘just a chapter’ of her life and not 'her life'. In the journey, Sonali was supported by her caring husband, Goldie and she was able to look at things in a positive way. The duo had tied the knot on November 12, 2002, and yesterday, they completed 17 years of married life. 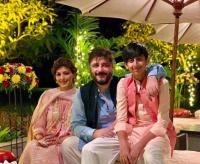 To wish his lovely wife, Sonali Bendre, Goldie Behl took to his Instagram handle and posted a video with a heartfelt note, which could be read as “17 years ago I made the best decision of my life of marrying this gorgeous person inside out. Thank you for your love, Sonali and wish you a very happy anniversary! You mean more to me than words can ever express. At 17 years, we are just starting out. Here’s to more adventures, road trips, midnight drives, unending conversations and lots more of ‘living the life’ with you. Because you are my today and all of my tomorrows!”

Sonali Bendre and Goldie Behl have flown to Atmantan to celebrate their wedding anniversary. The duo celebrated the day with a candle-light dinner and admiring the beauty of the place. Both Goldie and Sonali took to their Insta stories and shared pictures of the perfect setup for their oh-so-romantic dinner. The dinner date was set up at the backdrops of Mulshi Lake and was a picture-perfect place for the lovely couple. Here are the pictures for you: 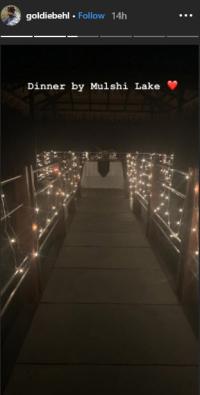 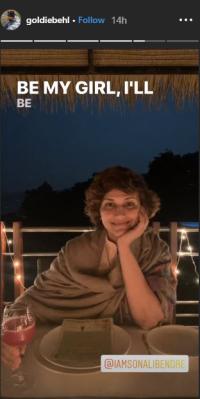 Sonali Bendre was in New York last year on the same day for her treatment. Sonali shared her experience with cancer and gratefulness towards Goldie by posting a couple picture. She wrote, “This day, last year... we were in New York at the hospital. Since then, the Bendre-Behl's have identified two time periods - B.C. (Before Cancer) and A.C. (After Cancer). Lately, my motto has been to move on & keep trying new things, and detoxing and rejuvenating is on top of the list. So on the occasion of our 17th wedding anniversary, I thought let’s take a break and go on a road trip to @atmantan. Before Cancer, Goldie would have never agreed to something like this but I love how he's changed. He has put everything on standby and has been focusing so much on me... and now I'm turning the focus back on him. P.S. Happy Anniversary @goldiebehl, I love you more than you could imagine... thank you for being my pillar of strength in health & sickness... literally!” 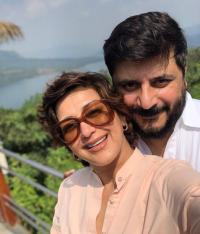 Last year on the occasion of their 16th wedding anniversary, Sonali had penned an emotional and thankful wish for her hubby, Goldie. She had shared a picture from their wedding ceremony and had penned, “As soon I began to write this... I knew instantly that I wouldn’t be able to put down in words all the emotions and thoughts that were running through my head. Husband. Companion. Best friend. My rock. For me, that's @goldiebehl. Marriage is standing by each other, through thick and thin, in sickness and in health… and god knows, how we’ve been through that this year.” (Suggested Read: Shah Rukh Khan And Gauri Khan Recall Their Firstborn, Aryan Khan's Caesarean Birth Story [THROWBACK]) 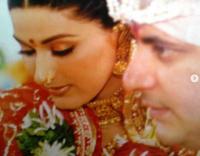 Sonali had concluded her wish by thanking Goldie for being her strength, love and joy. She had further written, “What not many people realize is that cancer is not just an individual battle… it’s something that a family collectively goes through. I was also able to go on this journey, knowing that you’d juggle all your responsibilities, and take on some more and hold fort back home… all this while shuttling between two continents. Thank you for being my source of strength, love and joy, for being with me every single step of the way... thank you is such an understatement for how I feel. What do I say about someone who is a part of you, who is yours and nothing and nobody else matters? Happy anniversary Goldie!” 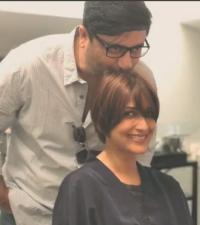 For the unversed, let us take you through that how Sonali Bendre and Goldie Behl had first met and who became the mediator between the two. Sonali’s best friend, Srishti Arya is Goldie Behl’s sister and thanks to her, the future Mr and Mrs Behl had met for the first time in 1994. It was love at first sight for Goldie and eventually after numerous encounters of the duo because of their common circle, love blossomed between them. And after dating for a few years, Sonali and Goldie had tied the knot on November 12, 2002. 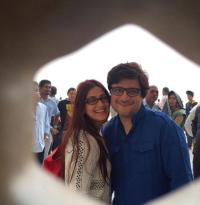 In an event, Sonali had opened up about her cancer battle and how her husband, Goldie Behl became her pillar of strength. She had said, "Goldie has been my rock and pillar of strength to help me fight cancer. Thank God, I decided to get married to him. My mother always told me that human being matters more. Of course, there are times when you realise material things are also important, which gets you the treatment in the US, but even that cannot give you the joy the family gives and sees you through it. That is the most important thing." (Must Read: Gauhar Khan Shares Unseen Picture From Her Sister, Nigaar Khan Shaikh's Vidaai Ceremony) 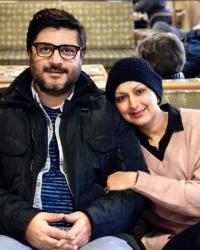 Unseen Pictures Of Sonali Bendre With Her Besties, Sussanne Khan And Gayatri Oberoi Bollywood actress, Sonali Bendre is fighting cancer and is undergoing treatment for the same in a New York hospital. Not long ago, on July 04, Sonali revealed to the world that she has been diagnosed with ‘high-grade cancer that has metastised’. (Also Read: Divyanka Approves Hubby Vivek's Fatherly Skills After