We had never thought that one day we will be confined in the four walls of our home for so long. However, some were blessed to be with their families in these tough times, some were stuck away from them. But in both cases, the importance of family was realised by one and all. The ones staying with family had rekindled their relationship by spending quality time with them, while the ones, who were away from their families, had realised their importance as they were stuck in isolation. The special feeling of meeting your loved ones, your family after a long time is difficult to be expressed in words. Looks like the Phogat sisters have reunited with their parents after a long time and their happiness knows no bounds as seen on their respective IG handles. (Also Read: Mira Rajput Kapoor's Sister, Priya And Brother-In-Law, Vidhit Shower Her With Love On 26th Birthday)

It was a few days back when Geeta Phogat, Pawan Saroha and Arjun Saroha had reunited with her sisters, Babita Phogat and Sangeeta Phogat, her brother, Dushyant Phogat and her brother-in-law, Vivek Suhag. Sharing a picture from their family dinner, Vivek had captioned his August 23, 2020, post as “Enjoyed dinner with my sweet family at my home last night.” Then, the Phogat siblings with their beaus and little Arjun had left to meet their parents, Mahavir Singh Phogat and Daya Kaur. Sharing a car selfie, which was probably clicked on their way, Pawan had written in Hindi, “Ek chahat hoti hai apno ke saath jeene ki, warna pata toh humein bhi hai ki marna akele hi hai.” 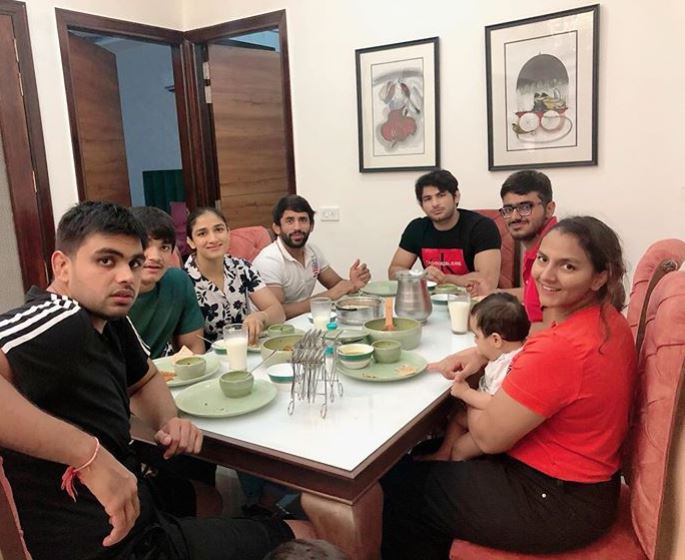 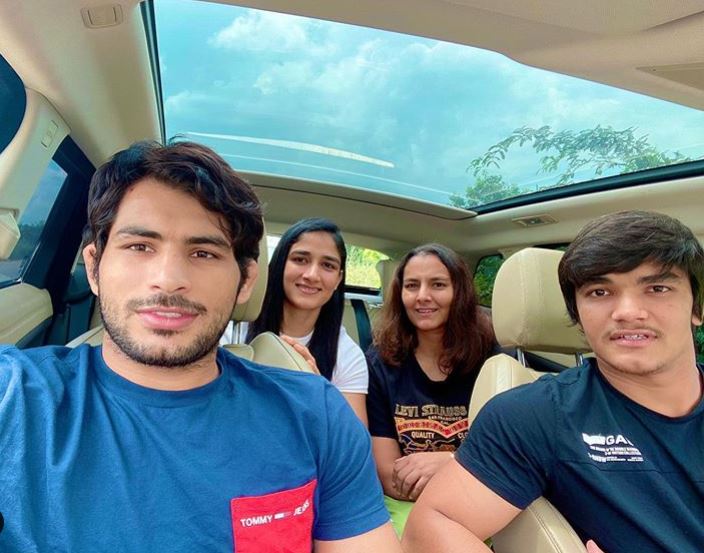 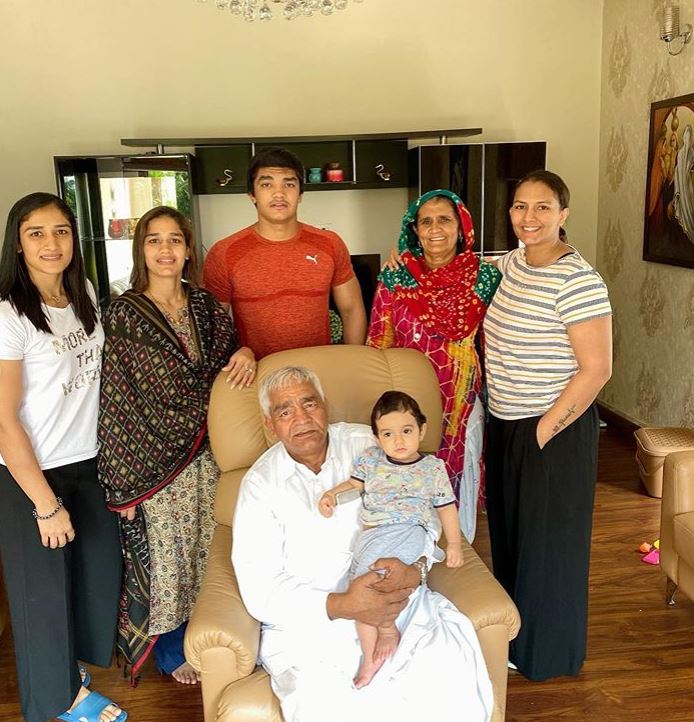 It was only a-month-and-a-half after his birth, Arjun Saroha had met his nani and even in his sleep, he had expressed his sadness on why she had come so late to meet him. Geeta had posted a beautiful picture of her son, Arjun sleeping on his nani’s laps but with a sad expression and her caption could be read as “@arjunpawansaroha sote hue bhi apni nani se narazgi dikha raha hai ki itni late milne kyun aaye.” On which, her sister, Ritu Phogat had commented, “@arjunpawansaroha bete mere se toh fir tu kabhi baat hi nahi karega.” Geeta had replied to Ritu’s comment through an Insta story on Arjun’s profile and had written, “Pehle aap aa jao, saza fir dekhenge.” (Also Read: Tahira Kashyap Wishes 'Hot And Amazing Couple', Aparshakti And Aakriti On Their Wedding Anniversary) 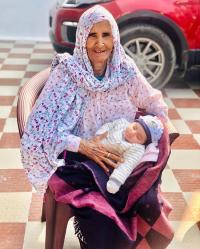 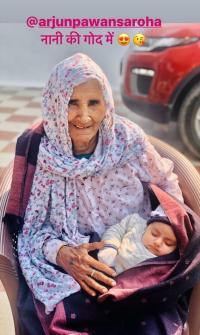 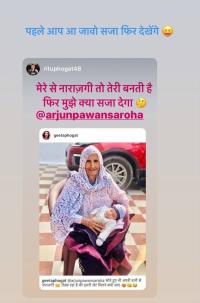 On Arjun Saroha’s birth, Babita Phogat had congratulated the newbie parents, Geeta Phogat and Pawan Saroha and had posted a picture with her newborn nephew from the hospital. Babita had captioned it as “Congratulations, sister, on your newborn baby. I wish your new bundle of joy a long life full of happiness, fun, laughter and love. May he meet with love, success and happiness in each and every step he takes in life. You just penned down your new legacy with this beautiful baby.. #maasi #babyboy.” Geeta’s brother, Dushyant Phogat had also posted a family picture holding his nephew as the newbie parents, Geeta and Pawan had sat beside him. He had written, “Bhagwan ka doosra roop maa aur maa ka doosra roop mama.” 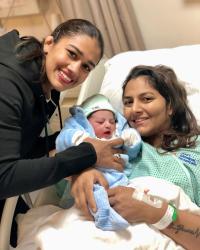 When Geeta Phogat's equally talented brother, Dushyant Phogat had turned 18 on June 12, 2020, she had planned an intimate celebration at home to make the day even more special. Geeta, her hubby, Pawan Saroha and their son, Arjun Saroha had twinned in yellow for the celebrations while the birthday boy, Dushyant and his sister, Sangeeta Phogat had twinned with each other in black. Sharing the picture from the celebrations, Geeta had written, "Happyyyyyyyy Birthdayyyyyyyy Bhai @dushyantphogat80 #birthdaycelebration." (Also Read: Tina Ambani Wishes 'Baby Of The House', Anshul Ambani On His Birthday With Some Beautiful Pictures) 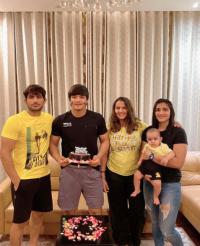 Much love to the Phogat family!