Hiten Tejwani is celebrating his 45th birthday today and it’s his wife, Gauri Pradhan, who has shared a cosy picture with him on Instagram. Take a look! 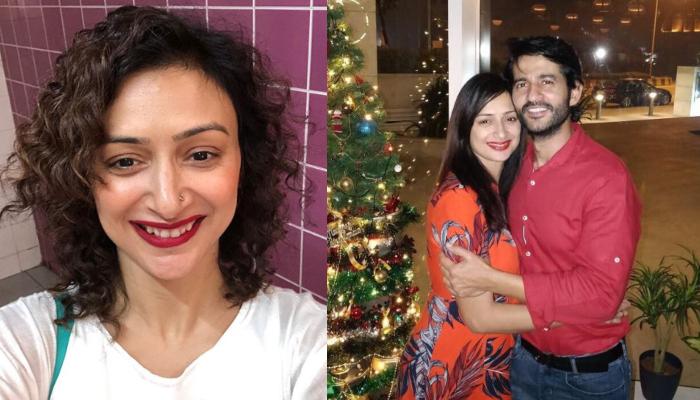 There aren’t a lot of television actors out there, who keep on getting better and better with time like a bottle of old wine. One such actor is the television industry’s hunk, Hiten Tejwani and the actor is celebrating his 45th birthday today. However, it seems like age is just a number for him because he still holds that charisma and looks for which he used to be adored and desired by a lot of women back when he was in his 30s. Some of the most popular shows of Hiten Tejwani’s illustrious career include Kyuki Saas Bhi Kabhi Bahu Thi, Pavitra Rishta, and Kutumb. The actor has also been a part of a lot of Bollywood movies too, such as Krishna Cottage, Entertainment, and Kalank. (Recommended Read: Saba And Somi Khan's Sister's Nikaah Brings Manu Punjabi, Deepak Thakur, And Roshmi Banik Together)

So, he has been and is still one of the most handsome and popular actors of the television industry. Moving aside from his professional life, the actor is also famous for being madly-in-love with his wife, Gauri Pradhan. The duo never fails to shower praises and love for each other in their numerous interviews and on top of that, their Instagram handles are always filled with their romantic pictures and adorable captions for each other. One such thing was seen on Gauri Pradhan’s Instagram handle when she posted a cosy and cute picture with Hiten to wish him on his special day. 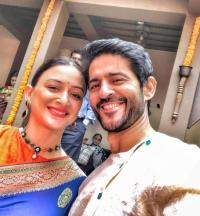 On March 3, 2020, Gauri Pradhan took to her Instagram handle and has posted a beautiful picture with Hiten. In the picture, we can see Gauri hugging Hiten from behind and there smiles are simply brighter than the light of a thousand stars. Over the years, both Hiten and Gauri had twinned with each other in a lot of moments and once again they’re twinning in white in this particular picture. Along with the peaceful picture, Gauri also wrote down a small sweet caption that can be read as “Happy birthday to my best friend, my soulmate! Love you” followed by three heart emoticons. Take a look! (Don't Miss: Sara Ali Khan Writes 'Miss You' Birthday Wish For Brother Ibrahim Ali Khan With Unseen Maldives Pics) 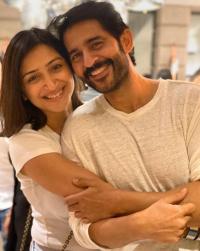 Aren’t they looking super cute? This isn’t the first time when we are gazing over this couple despite their super-simple outfits. But it’s just the way they smile, when they’re with each other and is the only thing that separates them from the crowd. It was on April 29, 2004, when Hiten Tejwani and Gauri Pradhan became one another's for eternity. On their 14th wedding anniversary last year, Hiten had taken to his Instagram handle and had posted a picture of a lovey-dovey liplock with his wife, Gauri. He had captioned the picture as, “Happy anniversary my world @gpradhan ..thank you for everything #GHTTogetherForever #14yearsandcounting #LifeofHT #hitentejwaniofficial #life #family”. Have a look! 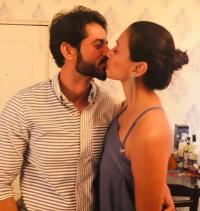 Now, we are going to show you a video that is going to bring a big smile on your face for sure. In June 2018, Hiten Tejwani and Gauri Pradhan had gone off to the USA to attend a family wedding. At one of the functions, the duo was seen dancing their heart out to Amitabh Bachchan and Parveen Babi's chartbuster song, Jaanu Meri Jaan. Hiten had posted the video on his Instagram handle and had captioned it as “We danced, we laughed, we enjoyed and we celebrated ....and that’s what is life ...#celebration #life #tanya #harry #gurpreet #rohit #nisha #ketan #gaurihiten #lifeofght #hitentejwani.” Take a look!

Also, in an interview with Pinkvilla, Gauri Pradhan had spoken about her marriage and hubby, Hiten Tejwani. She had shared, “It doesn't feel like 13 years and the journey has been amazing. He is a great guy. I think everyone should have a husband like that so that life becomes easy for you and him both. He is very down to earth and extremely caring. He is very entertaining, which is very important otherwise it gets boring. I tell people that we don't put the television on in our house because we don't need any other medium of entertainment when Hiten is around. He is like a child, an overgrown child. Whenever I am angry I can show my eyes at least to the kids but with this guy, nothing works.” (Don't Miss: Anil Kapoor, Sonam Kapoor, Anand Ahuja, Karan Boolani Post Adorable Birthday Wishes For Rhea Kapoor) 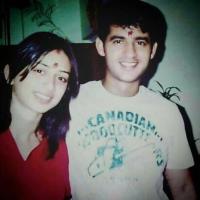