Gaurav Chopra Opens Up About His Secret Marriage, Wife Hitisha And Past Relationships

Gaurav Chopra Opens Up About His Secret Marriage, Wife Hitisha And Past Relationships 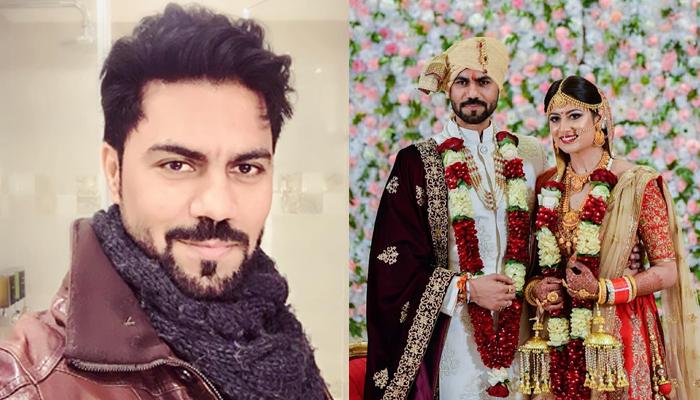 Ex-Bigg Boss contestant, Gaurav Chopra secretly tied the nuptial knot with Hitisha Cheranda on February 19, 2018. The news left everyone surprised. Hitisha is a management graduate. We brought to you the news of their wedding. Read in details here.

Gaurav’s fans know that he ended his relationship with Kyun Ki Saas Bhi Kabhi Bahu Thi actress, Narayani Shashtri eight-year back. Post the breakup, he was linked with Narayani’s friend and Naagin fame, Mouni Roy. That too didn’t last long.

Now, Gaurav has come out in the open to talk about his relationships, marriage and wife, Hitisha. Talking to Hindustan Times, Gaurav said, "Hitisha is a very gracious person and is handling all this with a lot of grace. I didn’t know this would get leaked. This is new for her and this is what I was protecting her from. The reason why I decided to keep her away was not because I was hiding her but because I was protecting her, and the situation as well." When he was probed further about his secret wedding, Gaurav replied, "Don’t even start on that. People are making me feel bad, like I have betrayed them. There are people who are saying that, ‘I am not eating for two days,’ there are people who are saying that they are crying when they see the pictures. I would tell them that I am the same person as before." 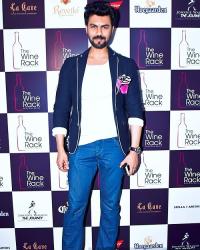 According to Bombay Times, Gaurav was quoted as saying, “I have never hidden my relationships. I have gone to the world holding my beloved’s hand, but with time, I realised that it backfires. I am a private person now. The marriage was purely dedicated to my family. It was as traditional as it could get with me on a chariot in my baraat. I followed all the rituals as I was told. Main ek achhe bete ki tarah sab karta raha. Given a choice, I would have preferred a destination wedding, but it was always supposed to be a close-knit affair. It’s more of an arranged match and I fell for Hitisha’s simplicity.” 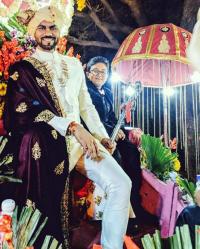 He further added, “I didn’t try to hide it, as that means manipulating the truth. I was just keeping it private. The person I love should get her due respect and prominence of being the centre of my life. Every relationship deserves respect unless it’s a scandalous affair. I chose to become private about my relationship with Hitisha because of my past relationships. People still can’t stop talking about them. It’s not fair to both them and me, as we have all moved on in life. I may have been in a relationship for two years, but the break-up story continues to be written about for five years. Hitisha isn’t from the industry and it won’t be nice if she is compared to anyone, questioned, judged or speculated upon. She is a strong, beautiful and intelligent young lady, who should be judged for what she is and nothing else.” 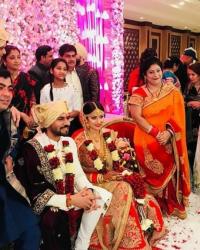 He further talked about his marriage, and when was asked why did he choose February 14 as the date of his engagement, he replied, “Well, it’s easy to remember the date that way. Gaali nahi padegi kyunki I won’t forget the day.”

Talking about the pre-wedding ceremonies, Gaurav revealed, “The highlight of the mehendi ceremony was my mother dancing with me. My parents are very happy and my father is suddenly looking five years younger.” 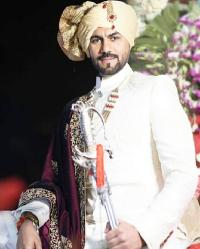 He further opened up about his hush-hush wedding and said, “The whole of last year went by taking care of my mother, as she was unwell. She wanted me to marry in a traditional manner and I decided to do it for her. Also, my other relatives would often wonder when I would tie the knot. They felt that I have become an actor, who gets linked to every co-actor he works with.”