Reportedly, Gauahar Khan, 37, and Zaid Darbar, 25, have an age difference of 12 years but denying the number, the former revealed in an interview that the number has come out wrong.

Age is just a number – while you believe it to be just a cliché, some happy couples have proved that nothing matters when one is in love. Though a lot of couples have received flak for marrying someone with a significant age difference, without giving a damn about the world the lovebirds have proved that love is way beyond the differences, be it age, caste or religion and at the end, it is the compatibility that matters and sustains. Gauahar Khan and Zaid Darbar have given another example of a stable relationship from the entertainment industry, who prove that maturity is what makes them whole. (Also Read: Kushal Tandon Reacts On His Ex-Girlfriend, Gauahar Khan's Upcoming Wedding With Her Beau Zaid Darbar)

Beginning the wedding countdown 25 days before they become one, on December 1, 2020, Gauahar Khan and Zaid Darbar had revealed the date of their marriage with the pictures from their pre-wedding shoot. Zaid and Gauahar’s official statement could be read as “The year 2020 has been anything but ordinary and our love story through it all has been nothing short of extraordinary! It gives us immense joy to announce that we are tying the knot and embarking on a journey of forever. Keeping the current scenario in mind, we will be celebrating the big day with our family in an intimate ceremony. We seek your blessings & love & are eternally grateful for the constant support & the outpour of warm wishes we have received. We hope for every soul to find its mate and pray for every heart to find its reason to beat. All our love, Gauahar and Zaid.” 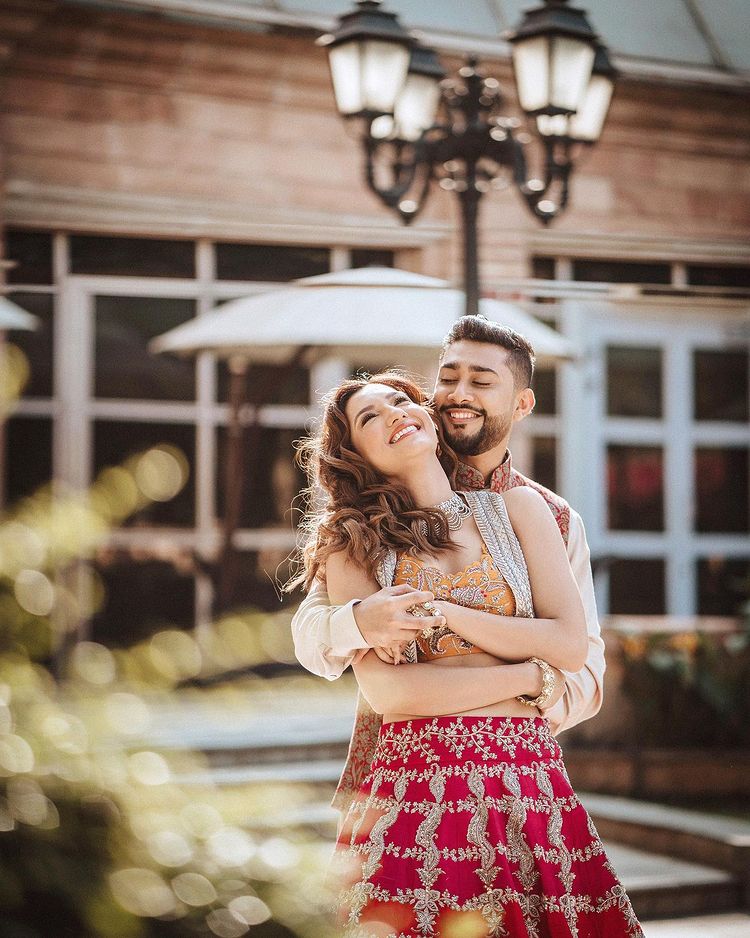 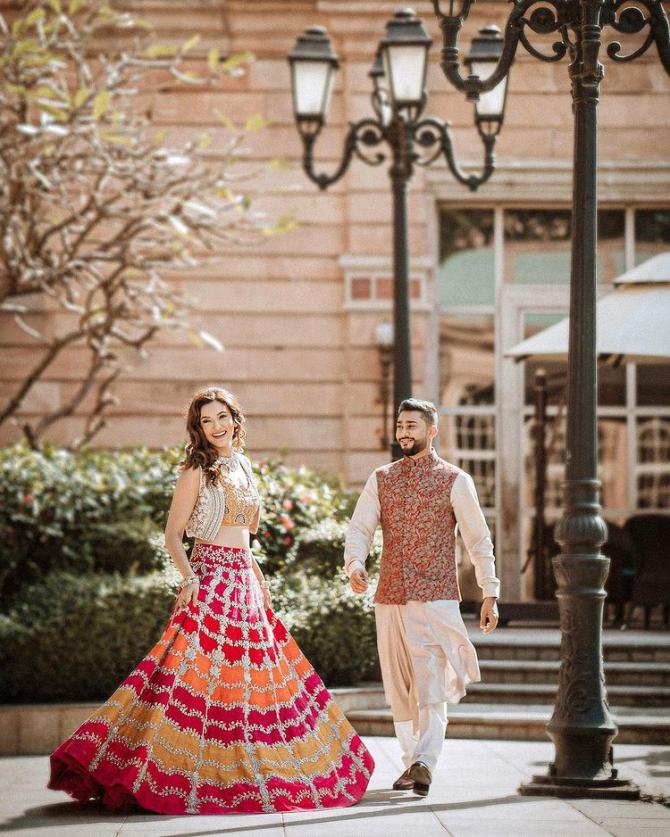 Reportedly, Gauahar Khan, 37, and Zaid Darbar, 25, have an age difference of 12 years but denying the number, the former revealed in an interview with Etimes that the number has come out wrong. Revealing that Zaid is a few years younger to her but 12 is not the number, Gauahar stated, “Let me clear this, the age difference that has come out is wrong. 12 years is wrong and it is very easy for people to make it a news. But it is wrong. Yes, he is a few years younger to me but 12 is not the number. He is way more mature than I am and he has brought the sense of balance in my life. Judging and passing comments that the age gap can act as a barrier in a relationship is very easy, but for Zaid and I we have a similar kind of understanding and maturity. So, age never matters or hinders in our relationship.” Elaborating on the same and answering if the age difference is a barrier in their relationship, Zaid continued, “No, I feel we both are mature. We are equal in that terms. There are a few things which she makes me understand. We both balance each other.” (Also Read: Anushka Sharma Nails A Headstand During Pregnancy With Help Of Her 'Very Able Husband', Virat Kohli) 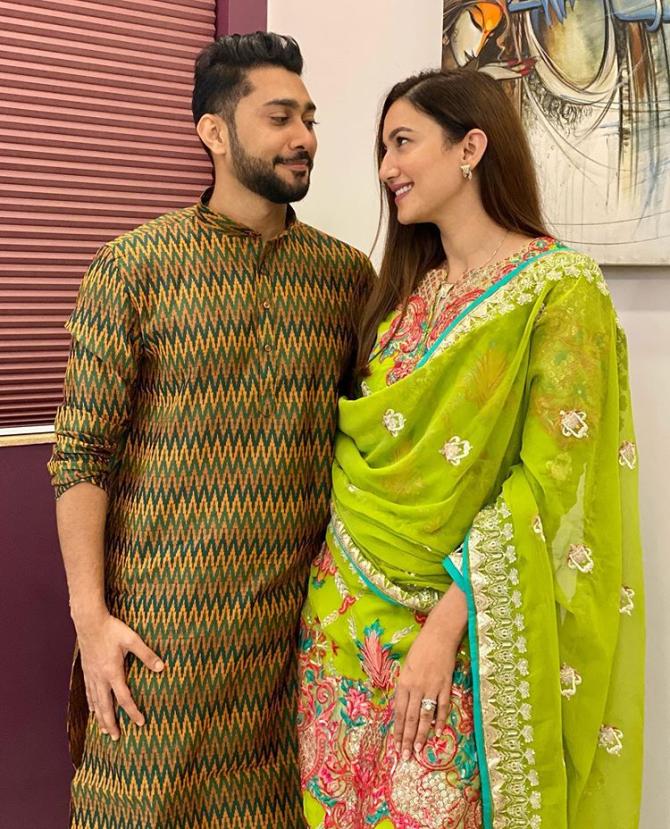 ‘She said yes’ – this moment of confirmation amidst the rumours had finally come in November when Gauahar Khan and Zaid Darbar had announced their engagement on social media and made it official for their fans. Zaid and Gauahar’s announcement post had left their fans in happy tears and we are still gushing over this beautiful couple! Gauahar and Zaid had captioned their ‘lost in each other’s eyes’ picture simply with a ring emoji and had tagged each other. Nigaar Z Khan had commented on Zaid’s post, “Can't wait to see you both and have lots of fun” and had written on her sister, Gauahar’s post, “Masha Allah my jaanejigars may Allah shower all his blessings upon you both always ameen.” Before announcing the wedding, Zaid Darbar and Gauahar Khan had jetted off to Dubai with his siblings to spend some quality time before tying the knot. To begin the wedding countdown, Zaid’s sister, Anam Darbar posted a throwback picture with Zaid and Gauahar from their Dubai getaway, in which the trio had twinned in white. Anam captioned the post as “& the countdown begins! MERE BHAI KI SHAADI HAI. Zaidu? You’re getting married!! I can’t believe it! @gauaharkhan you’re a blessing in his life! I am so happy for you two! Imma cry. And I am waaaay tooo excited for the wedding!! Aaag laga dege! #InshaAllah I LOVE YOU TWO #GazaKiShaadi.” (Also Read: Shaheer Sheikh On Creating A Home With Wife Ruchikaa Kapoor, Reveals Why They Planned A 2020 Wedding) 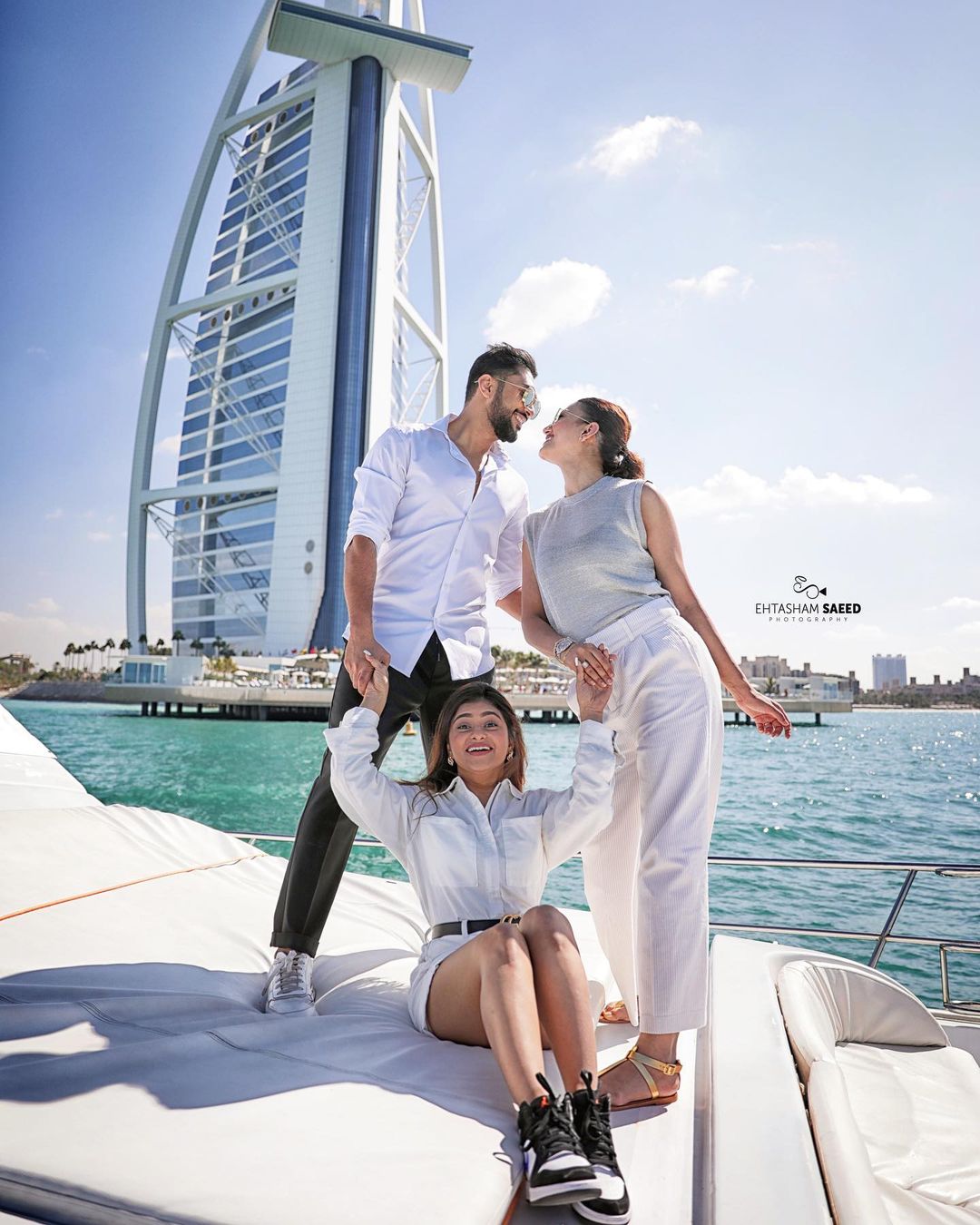 Are you too, excited for #GazaKiShaadi? Stay tuned with us for more updates on this beautiful couple’s wedding!