'Tandav' actress, Gauahar Khan's husband, Zaid Darbar shared a rare picture with his father-in-law as he requests fans to pray for his good health. Check out the beautiful picture!

After months of speculations and reports, it was on November 5, 2020, when Gauahar Khan and Zaid Darbar had confirmed their relationship on their respective social media handles. The couple had surprised their fans with the massive news of their engagement, and it had broken the internet with sheer happiness. Both Gauahar and Zaid had shared a similar picture on their respective IG handles, confirming their engagement. In the picture, Gauahar and Zaid could be seen lost in each other's eyes and smiling, surrounded by balloons. (Recommended Read: Karisma Kapoor Spends A 'Lovely Evening' With Her Gang, Kareena, Malaika And Amrita, Saif Joins)

While Gauahar had opted for a floral suit set, Zaid had donned a mustard shirt. Gauahar could be seen holding a 'she said yes' balloon. And in their captions, the two had used ring emoticon tagging each other to confirm their relationship. On December 25, 2020, Gauahar Khan and Zaid Darbar had become each other's forever in a traditional nikkaah ceremony, followed by a lavish wedding reception that was graced with the presence of some of the biggest names of the entertainment industry. On March 4, 2021, Gauahar Khan's husband and ace choreographer, Zaid Darbar took to his Instagram handle and shared an unseen picture from their wedding with his father-in-law, Zafar Khan. In the picture, the doting son-in-law can be seen hugging Gauahar's father, and their respective smiles warm our hearts and are the epitome of pure family goals. Along with this beautiful picture, Zaid penned down an important note and requested his fans to pray for his father-in-law's good health and called him the 'coolest'. His caption can be read as "Please keep my father in law in your Duaa's. Allah give him the best of health . Ameen !! He's the coolest man I know . Alhamdulillah." Take a look: A few minutes ago, Zaid Darbar's wife and actress, Gauahar Khan took to her IG handle and shared a dreamy family picture that features her father, Zafar Khan and mother, Razia Zafar Khan, on the stage along with her and Zaid. The lovely picture from the adorable couple's wedding is breathtakingly beautiful and speaks volumes about their close-knit bond with each other. Along with the picture, Gauahar wrote a caption and it can be read as “Ek doosre se karte hain pyaar hum… #Alhamdulillah… #GAZAbkahaiDin.” On March 3, 2021, Gauahar had delighted her fans with an unseen picture from her vidaai ceremony. In the picture, we could see Gauahar hugging her father tightly as he had kissed her on her cheeks. Alongside it, Gauahar had written, "A father's kiss. Zafar Ahmed Khan , I love you soooooooooo much #Mypapastrongest" in the caption. (Don't Miss: Hardik Pandya's Birthday Wish For Natasa Stankovic Is Pure Love, Thanks Her For Gifting Him Agastya) 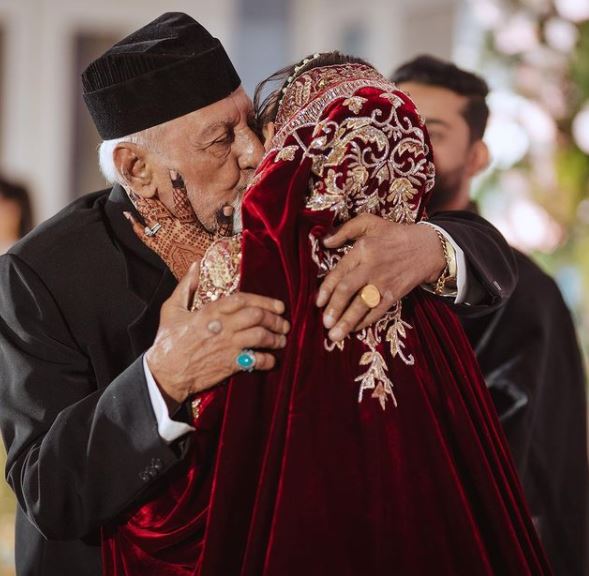 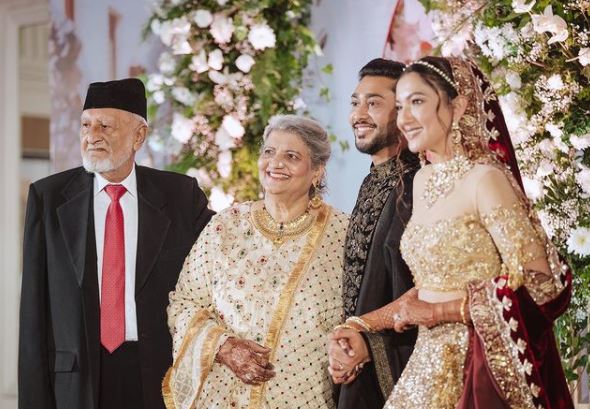 For the uninitiated, Gauahar Khan's father has been hospitalised for some time now, but the cause of his illness is still unknown. On February 23, 2021, Gauahar had taken to her IG handle and had shared a selfie from a hospital room and had informed her fans that her father, Zafar Khan, is admitted in a hospital amid some health issues. In the selfie, the actress could be seen wearing a mask and had looked tense as she had written, "Please keep my dad in your prayers" atop it. After some hours, Gauahar had posted another picture on her IG stories in which we could see her in-laws, Ismail Darbar and Farzana Shaikh, standing outside the hospital. The actress had praised them for being with her in such testing times. Gauahar had written, "Family! Since they weren't allowed inside the hospital as visitors, they were taking the rounds of the hospital just to see if I'm ok. Best in-laws ever. Alhamudulilah Truly blessed" atop it. (Also Read: Shreya Ghoshal Announces Her First Pregnancy, Flaunts Her Baby Bump, Says 'Shreyaditya' Is On Way) 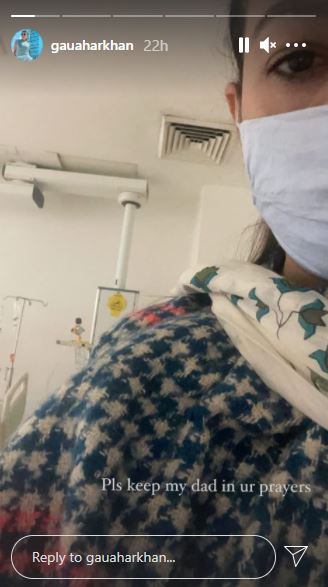 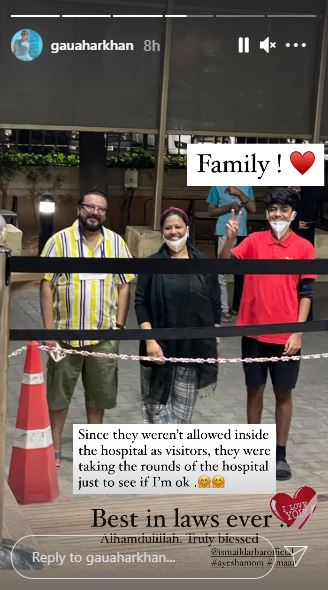 We hope to see Gauhar's father getting well soon!