One couple who is making 2017 worth ending is none other than everyone’s favourite couple Virat Kohli and Anushka Sharma. They have given a perfect farewell to this year with the news of their wedding and aww-dorable pictures and videos of them which we can’t stop drooling over.

No doubt, it was the wedding of the millennium and for everyone, it was a sweet surprise when the two announced that they are hitched. Virushka, as fondly called by their fans, tied the nuptial knot on December 11, 2017, in a secret destination wedding in Tuscany, Italy. From the wedding functions looks of Virat and Anushka to their amazing décor and wedding reception invites, everything was just perfect to take the internet and their fans go crazy about. Still, the hangover from their wedding looks was not over, that their picture from their short honeymoon got viral on the internet. Anushka looked the prettiest as the newly-wedded bride and she was glowing like never before. The celebrations are not yet over for Mr and Mrs Kohli as the two other main functions are left to happen to leave us awestruck again. After their dream wedding, today (December 21, 2017) is the reception function in Delhi for their family and friends. The couple also went to PM Modi's office to personally invite him to the wedding reception. Here is the picture that got shared by them: The couple gave a warm invite to those who came from outside Delhi to attend their reception ceremony. This is what the guest received: 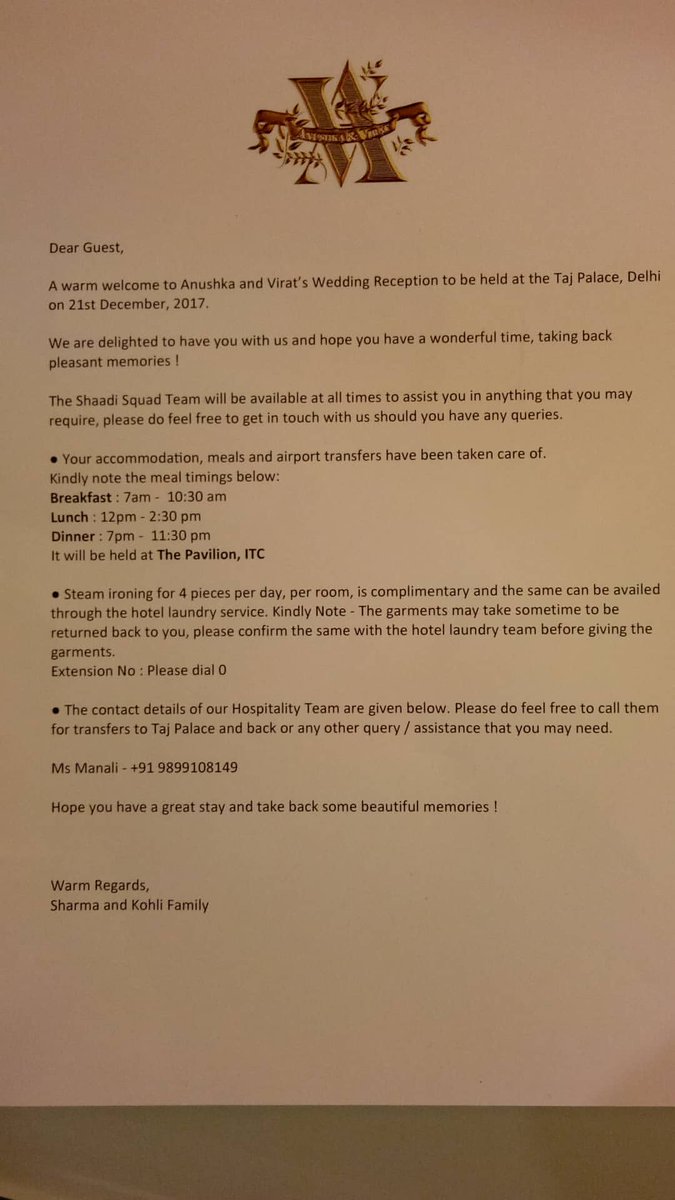 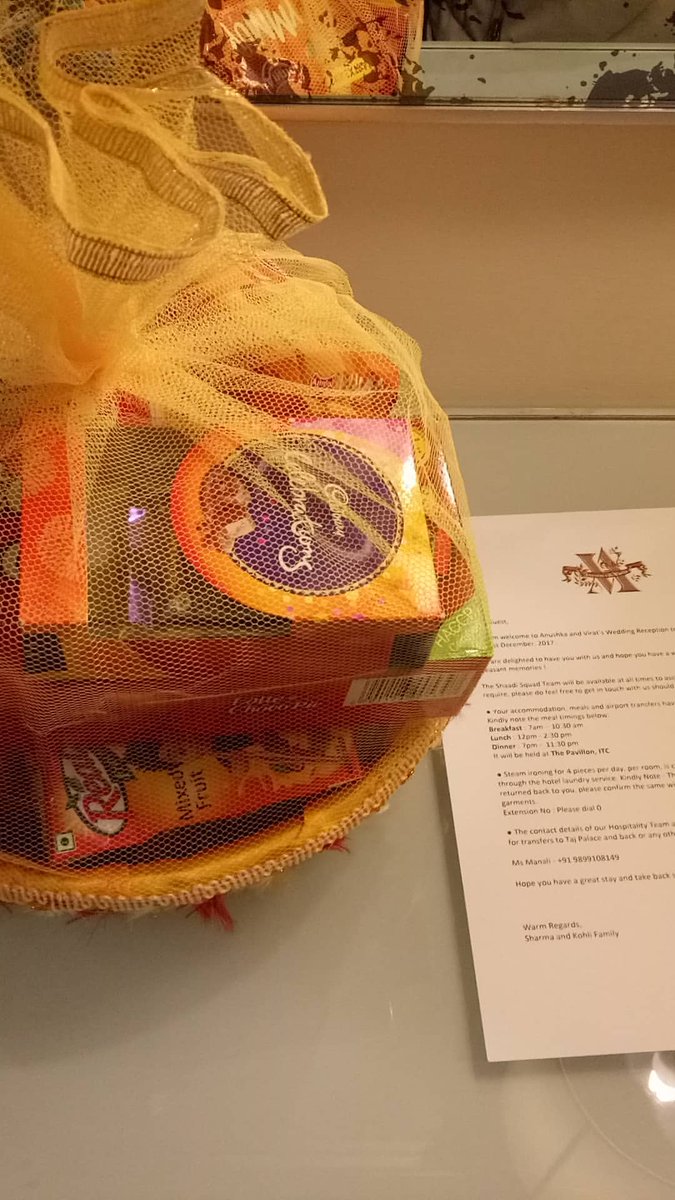 The function is taking place at the Durbar Hall of the Taj Hotel and it is said that the Prime Minister will grace the cermony with his presence in some time. Talking about how amazing the two are looking in Sabyasachi outfits, we are too spellbound to say anything about this couple. Yet again Anushka has bowled everyone over her simplicity. She is wearing red and golden 9 yards kanjeevaram saree with polki necklace and earrings. She carried a simple hairstyle of a traditional center partition bun and gajra, chooda and bindi complimented her look quite well. On the other hand, her better half looked dapped in black and white bandhgala kurta pyjama with pashmina shawl. Check out the pictures here: 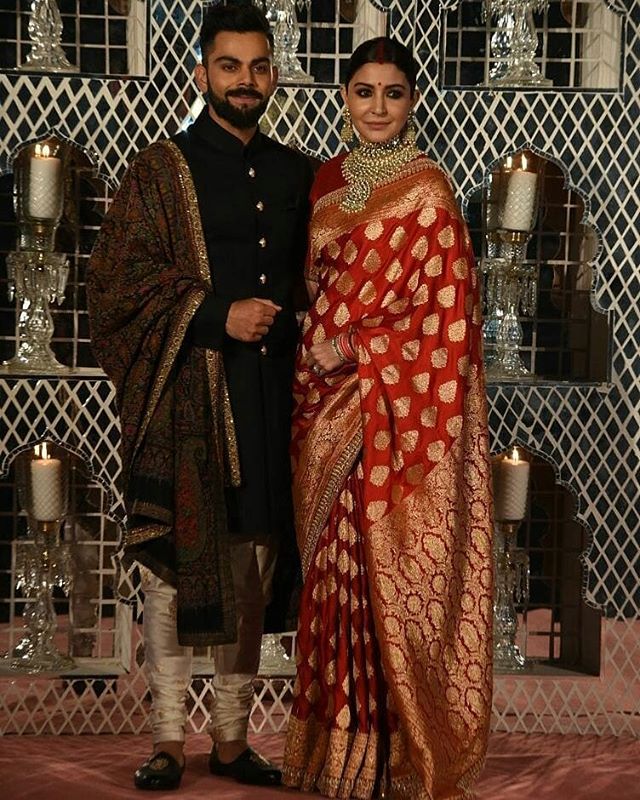 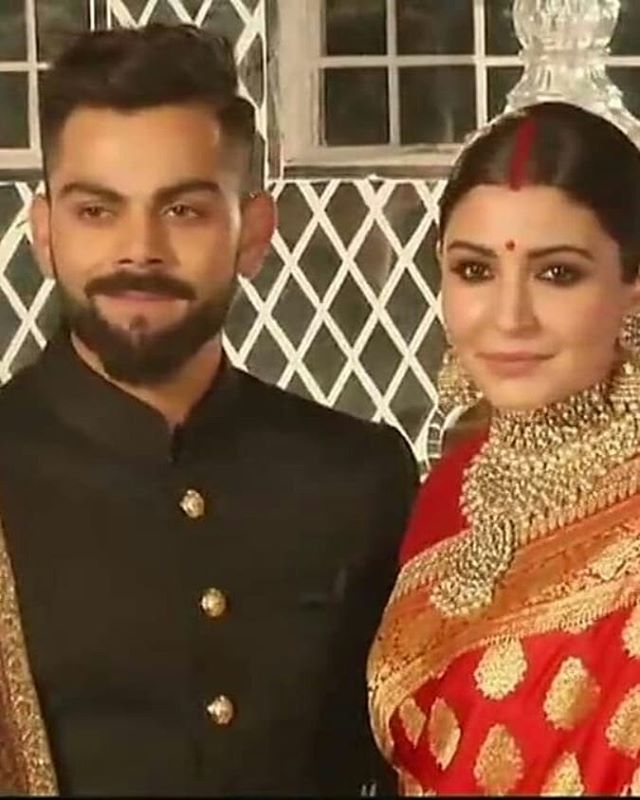 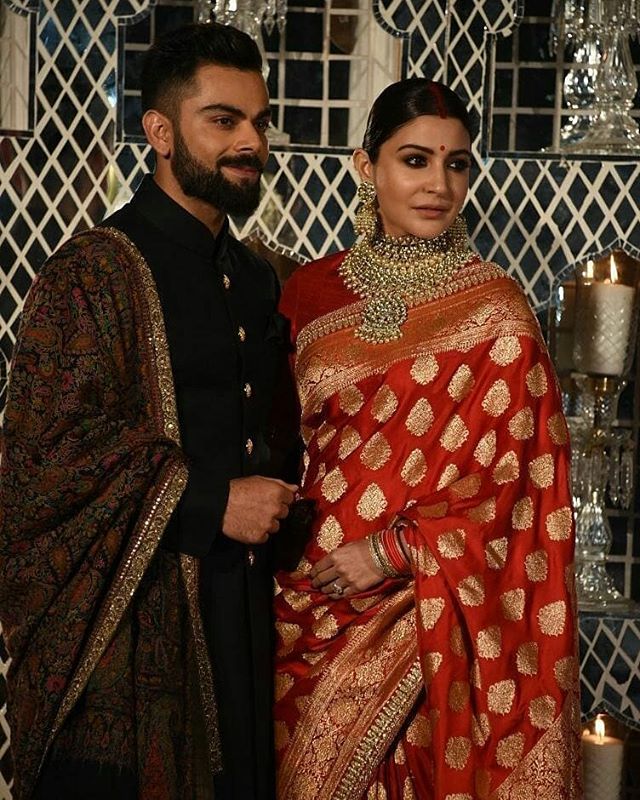 These two never fail to astonish us with their looks and cuteness. We are swooning over this couple's good looks and simplicity that they carried off so well in all their wedding functions. Stay tuned with us all the Virushka's fan, for more updates. 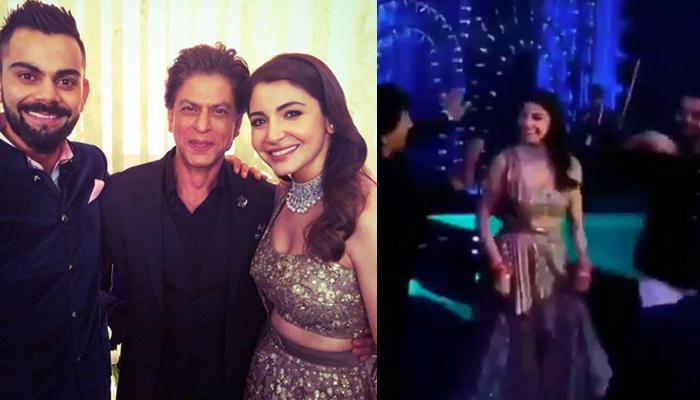