Bollywood actor, Farhan Akhtar shared a picture of his girlfriend, Shibani Dandekar, along with their pet pooch, Tyson and it is too cute to miss!

Bollywood actor, Farhan Akhtar and his model-girlfriend, Shibani Dandekar have been dating each other for a while. Unlike other celebrities, they do not keep their relationship under the wraps. From the time the duo had announced that they were a thing, fans have been gushing over their adorable chemistry. Whether it is rooting for each other in their professional success or spending quality time with each other, they never fail to shell out couple goals.

For the unversed, Farhan Akhtar and Shibani Dandekar’s dating rumours had begun when she had posted a picture on her Instagram handle. The picture had featured a couple walking hand-in-hand. She had not revealed the face of the man, but rumour mills of their dating were abuzz. It was on September 1, 2018, when Farhan had shared the same picture on his Instagram account, making their relationship official.

This Is What Shibani Dandekar Has Gifted Her Boyfriend, Farhan Akhtar On His 45th Birthday On November 8, 2021, Farhan Akhtar took to his Instagram handle and shared a picture of his girlfriend, Shibani Dandekar along with their German shepherd dog, Tyson. Shibani can be seen wearing a black sweatshirt and was cuddling their pet while sitting on a couch. The actor managed to click a candid moment of their unconditional love as Shibani was seen giving a hearty smile while hugging the furry creature. From the looks of it, Shibani's eyes conveyed that the picture was taken after she woke up. Along with the picture, her boyfriend wrote: 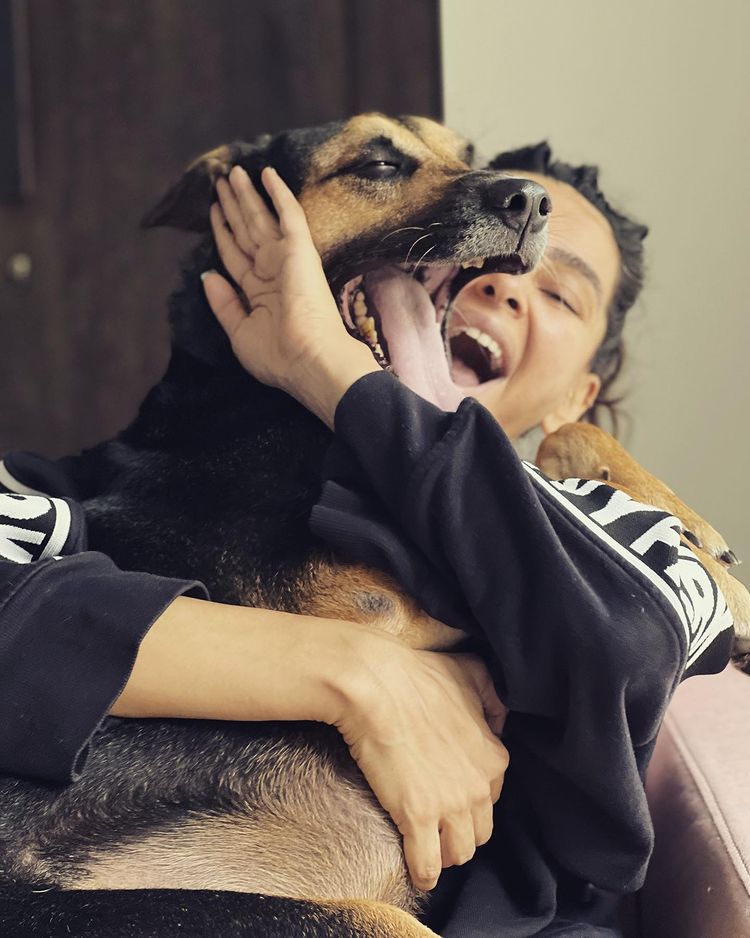 However, Shibani Dandekar gave a very funny reaction to Farhan Akhtar, who asked her to share the joke with him, and it has won our hearts. The model-cum-VJ-cum-actress took to the comments section and revealed the reason behind her smile by writing:

''The joke is we are leaving you all alone to deal with Tyson! enjoy!''

Suggested Read: Mira Rajput Reveals How She Spent Last Evening Of Her Vacation In The Maldives With Shahid Kapoor 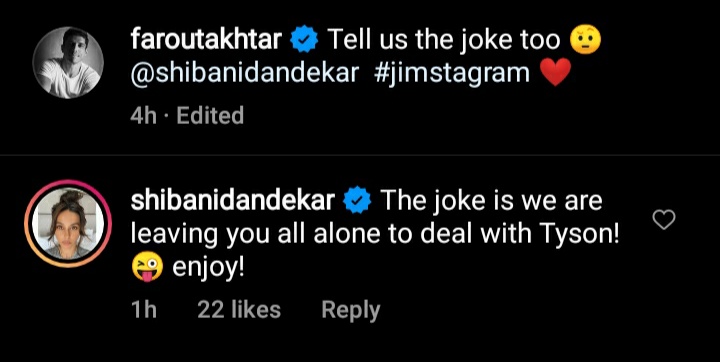 On August 27, 2021, Shibani Dandekar had turned a year older, and her doting boyfriend, Farhan Ahktar had penned a heartmelting wish for her. Taking to his IG handle, the Bhaag Milkha Bhaag actor had shared a monochrome picture with his ladylove, with their arms wrapped around each other. Along with the picture, Farhan had written:

"With all my heart... happy birthday Shu. Love you." 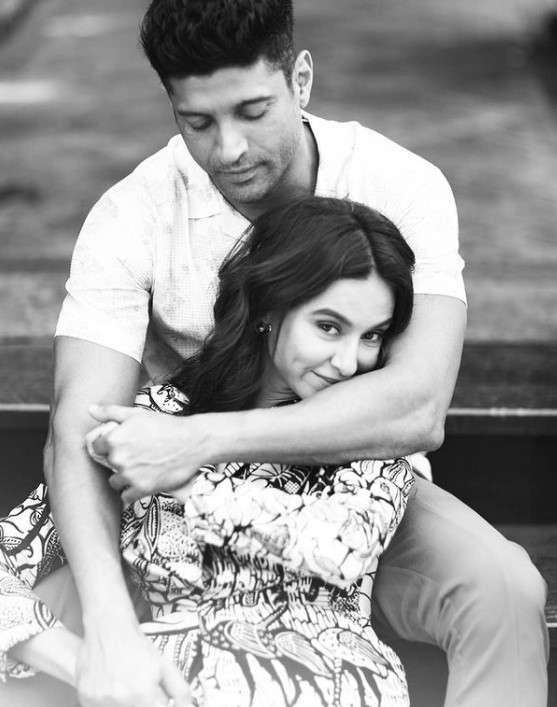 However, it was Shibani's gesture that had left the internet berserk. She had taken to her IG stories and had shared a picture of her neck. In the picture, she had flaunted Farhan's name tattooed over her neck. To mark her 41st birthday, the gorgeous actress had got her soulmate's name inked on her body and had left us in 'aww'. Atop the picture, she had written:

"Inked by the best." 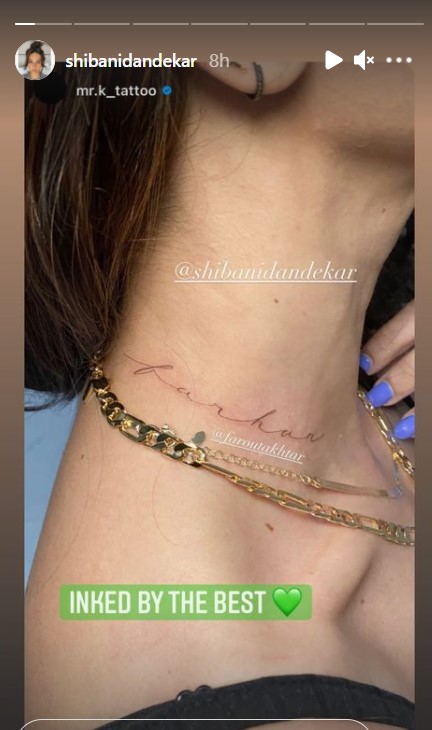 On the career front, Shibani Dandekar was last seen in the film, Love In Times Of Corona, whereas, Farhan Akhtar will be directing the movie, Jee Le Zara. 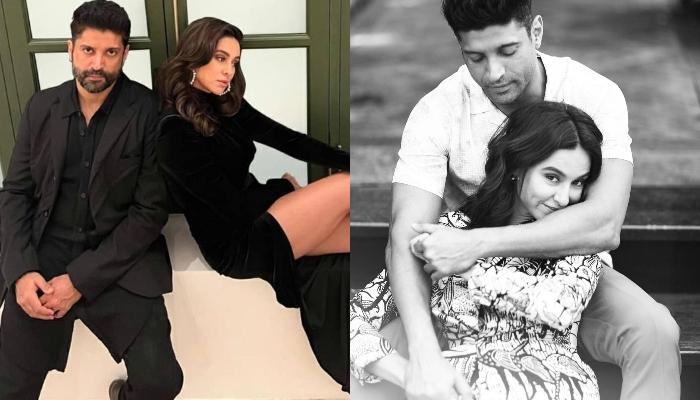