At Farhan Akhtar and Shibani Dandekar's 'mehendi' ceremony, the bride-to-be's sister, Anusha and BFF, Rhea Chakraborty, danced their hearts out. Watch the video!

As per the media reports, the madly in love couple, Farhan Akhtar and Shibani Dandekar, are all set to tie the knot today, i.e., February 19, 2022. Javed Akhtar had confirmed their wedding news and had mentioned that it would take place at their family home in Khandala. For the unversed, the duo has been dating each other for 3 years and to take their relationship to the next level, they had decided to get married.

Farhan and Shibani had met each other first time in 2018 during a reality show, I Can Do It, where Shibani was a contestant, and he was the host. Soon enough, the rumour mills had churned up their relationship speculations, and Shibani's post with her mysterious man had added fuel to the fire.

Also Read: Priyanka Chopra Misses Her Late Father, Pens A Note For Him And Her Mom On Their Anniversary 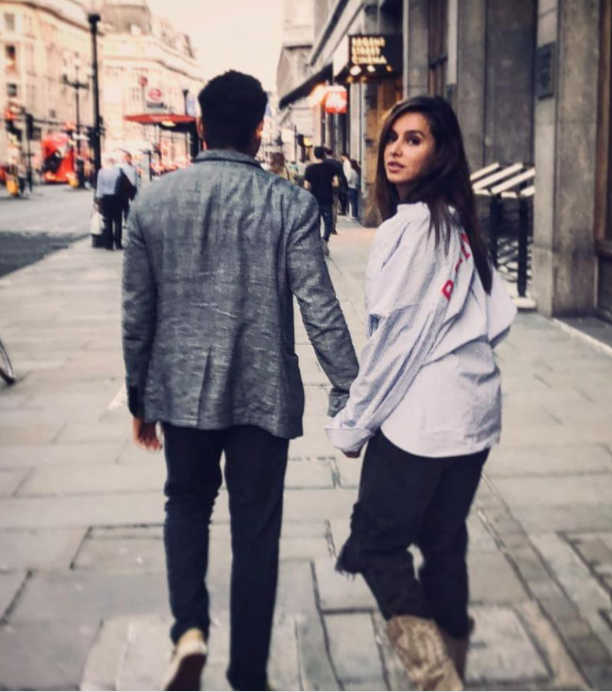 On February 17, 2022, Farhan and Shibani's pre-wedding ceremonies had kickstarted with shagun ki mehendi and haldi. And it took place in front of their close friends and family members. However, recently, a dance video is going viral on social media platforms from their mehendi ceremony. Wherein Shibani's sister, Anusha Dandekar and her BFF, Rhea Chakraborty can be seen grooving on the beats of the song, Mehendi laga ke rakhna. Check out below:

If the media reports are to be believed, Farhan and Shibani had hosted their intimate sangeet party for their friends and family on February 18, 2022. Even though we didn't get our hands on their sangeet pictures and videos, according to the reports, the bride squad, including Shibani's sisters, Anusha and Apeksha and her BFF, Rhea had planned an exceptional dance performance for the bride-to-be and the groom. On the other hand, Farhan had also prepared a special song for his wife-to-be. Farhan's home is all decked up for the events. On February 17, the paparazzi had spotted Shibani Dandekar's best friend, Rhea Chakraborty gracing the mehendi and haldi ceremonies. The gorgeousness was seen wearing a yellow-hued lehenga. On the other hand, Shibani's sister, Anusha had looked pretty in a yellow-coloured ruffle saree, and she had accentuated the look with a sheesh patti. Farhan Akhtar's stepmother and veteran actress, Shabana Azmi was also spotted at the ceremony looking absolutely gorgeous.

We can't wait to get more glimpses from their wedding. What about you?