Farhan Akhtar and Shibani Dandekar hosted a post-wedding party for their family and friends, and the actor's cousin, Farah Khan shared inside pictures on her IG handle.

Farhan Akhtar tied the knot with his longtime girlfriend, Shibani Dandekar, on February 19, 2022, in an intimate Christian wedding. They had dated each other for three long years, and after living together through the pandemic phase, they have finally taken the plunge. The pictures and videos from their pre-wedding and wedding ceremonies had taken social media by storm, and now, they are the talk of the town for their post-wedding bash.

On February 21, 2022, Farhan Akhtar and Shibani Dandekar had hosted a grand reception at the former's father, Javed Akhtar's farmhouse. Farhan and Shibani had stepped out for the first time after their wedding and had distributed sweets to the paps. It was reported that they had registered their wedding, after which, the couple had hosted a party for their family and friends. While Shibani was seen wearing a gorgeous pink-hued saree with a full-sleeved sheer blouse, Farhan had complemented her in a beige sherwani with a golden-hued sleeveless jacket. 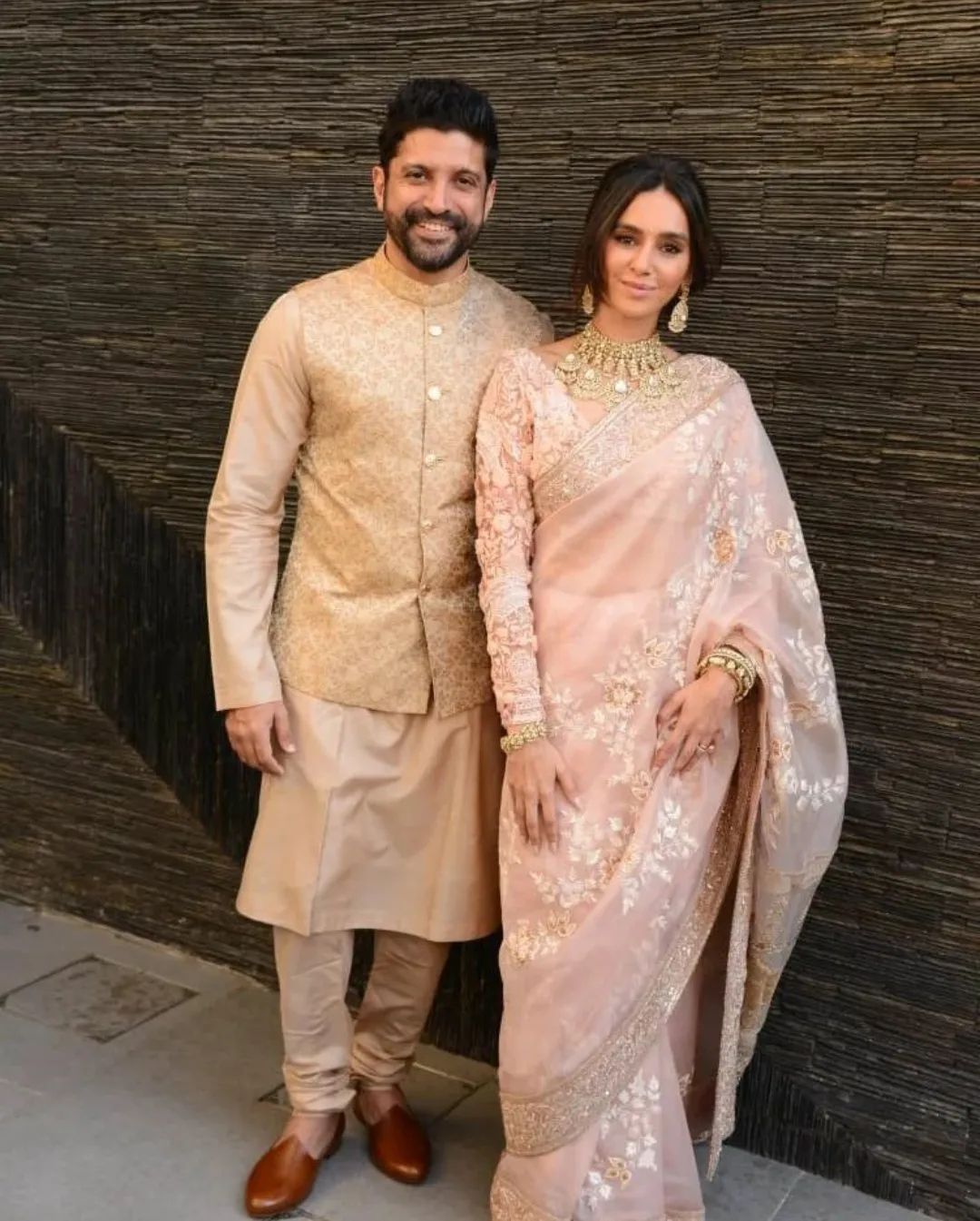 The couple has been keeping their wedding functions low-key. Farhan Akhtar’s cousin, Farah Khan took to her IG stories to share some inside pictures from the newlywed’s post-wedding party. The evening was graced by Farhan’s mother, Honey Irani, his step-mother, Shabana Azmi, his sister, Zoya Akhtar, his cousin, Sajid Khan, Shibani’s BFF, Rhea Chakraborty, her sisters, Anusha Dandekar and Apeksha Dandekar and some more close friends. Shibani also shared a few glimpses from the party. For the post-wedding party, Shibani looked stunning in a backless, plunging neckline lavender-coloured gown. Check out! 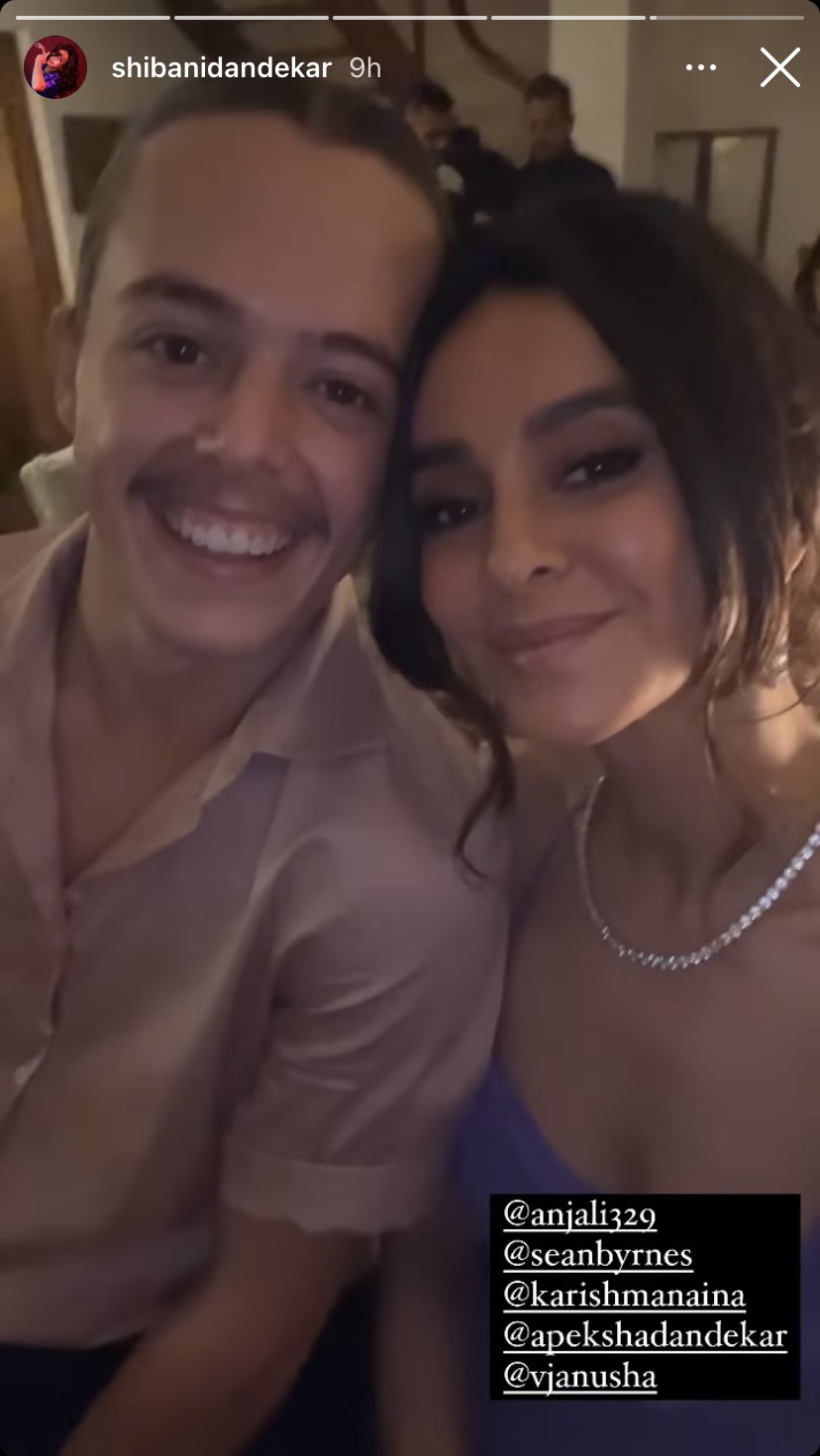 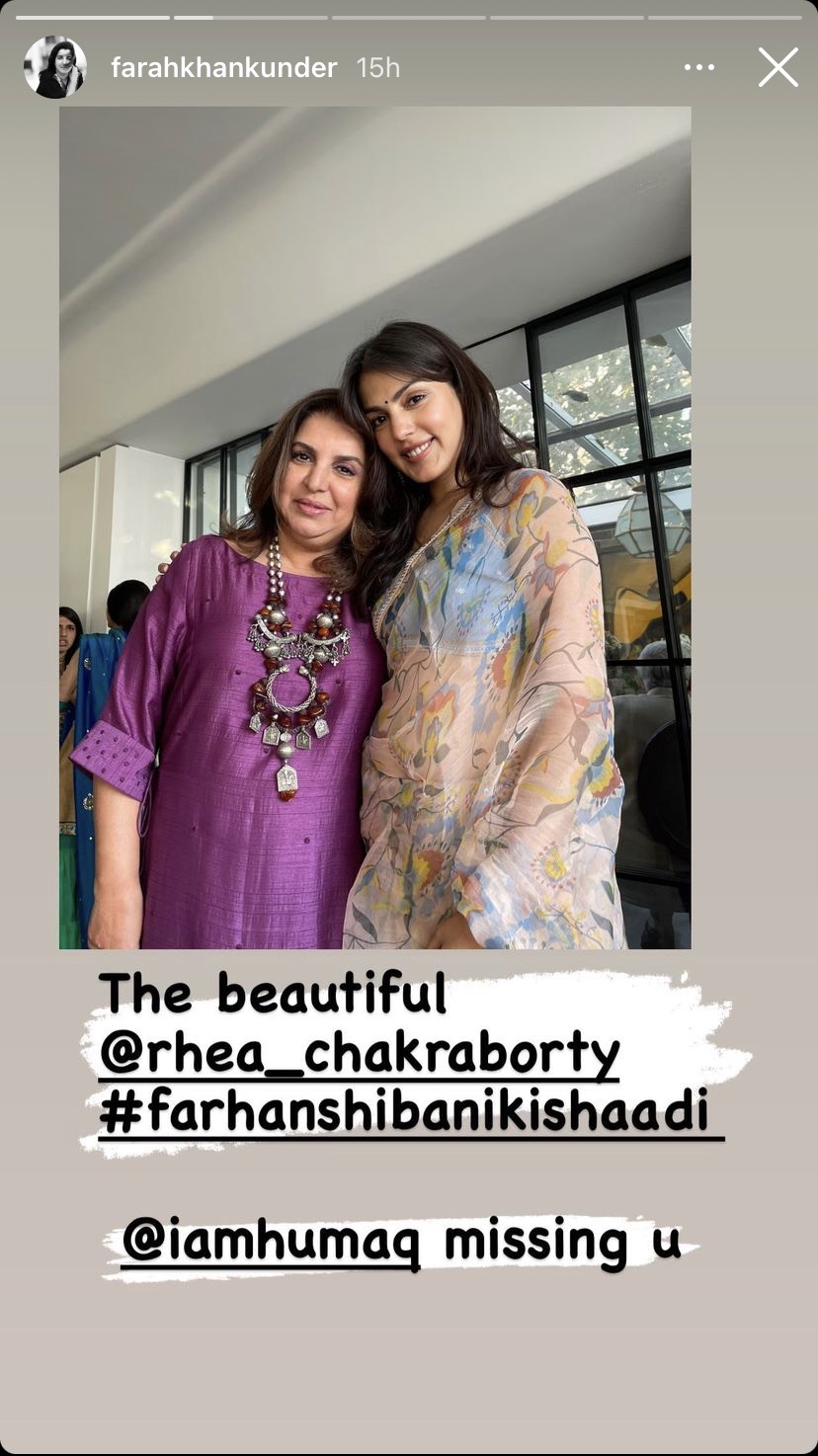 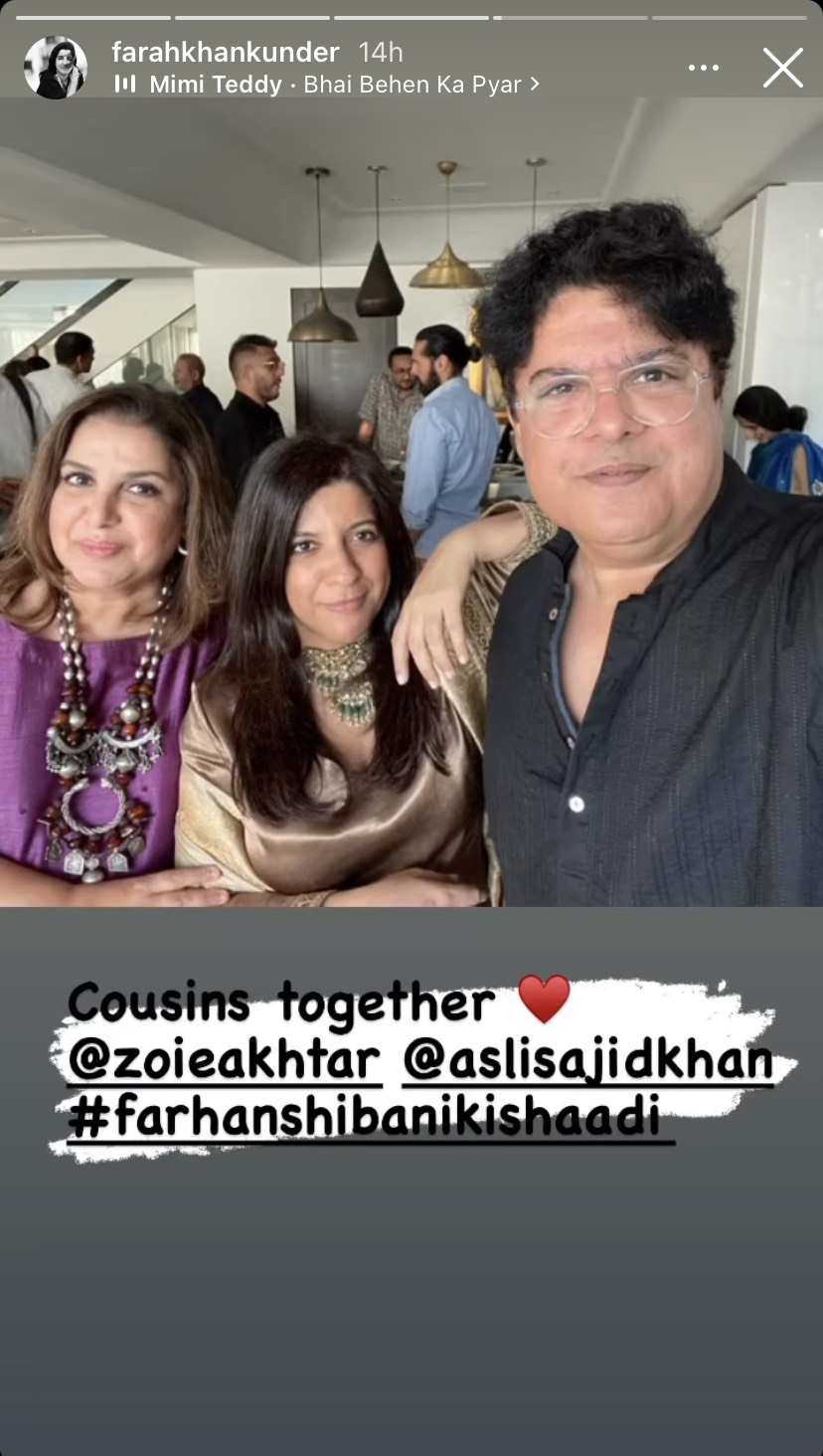 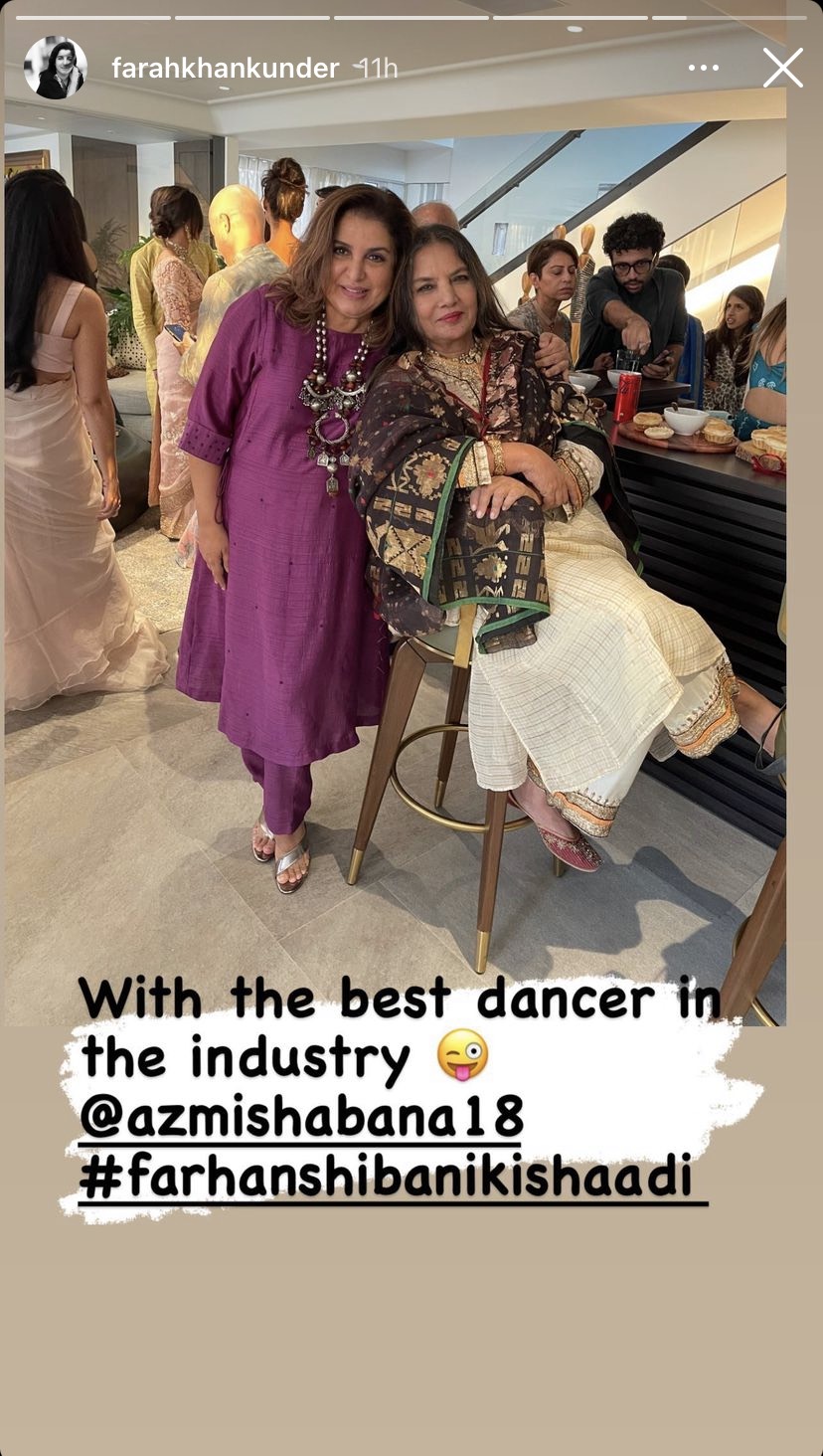 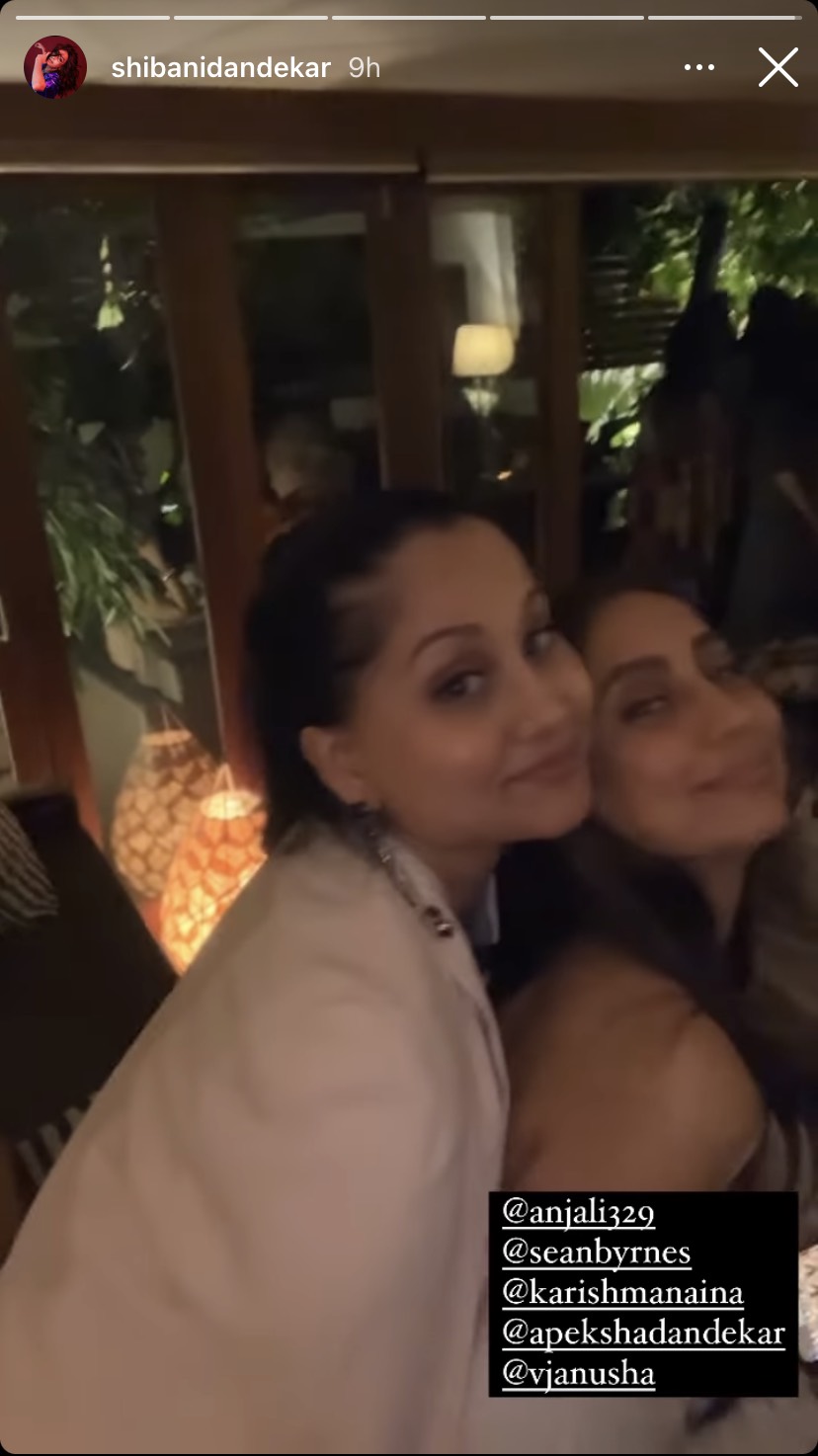 On February 19, 2022, we had got hold of the first picture of Farhan Akhtar and Shibani Dandekar from their wedding ceremony, which had gone viral on social media platforms. The couple had a Christian wedding, as in the picture there was an officiator and the bride and groom had looked absolutely stunning in their wedding ensembles. While Shibani had worn a red and pink tulle dress with a red-coloured veil, Farhan had looked dashing in an all-black tuxedo suit. 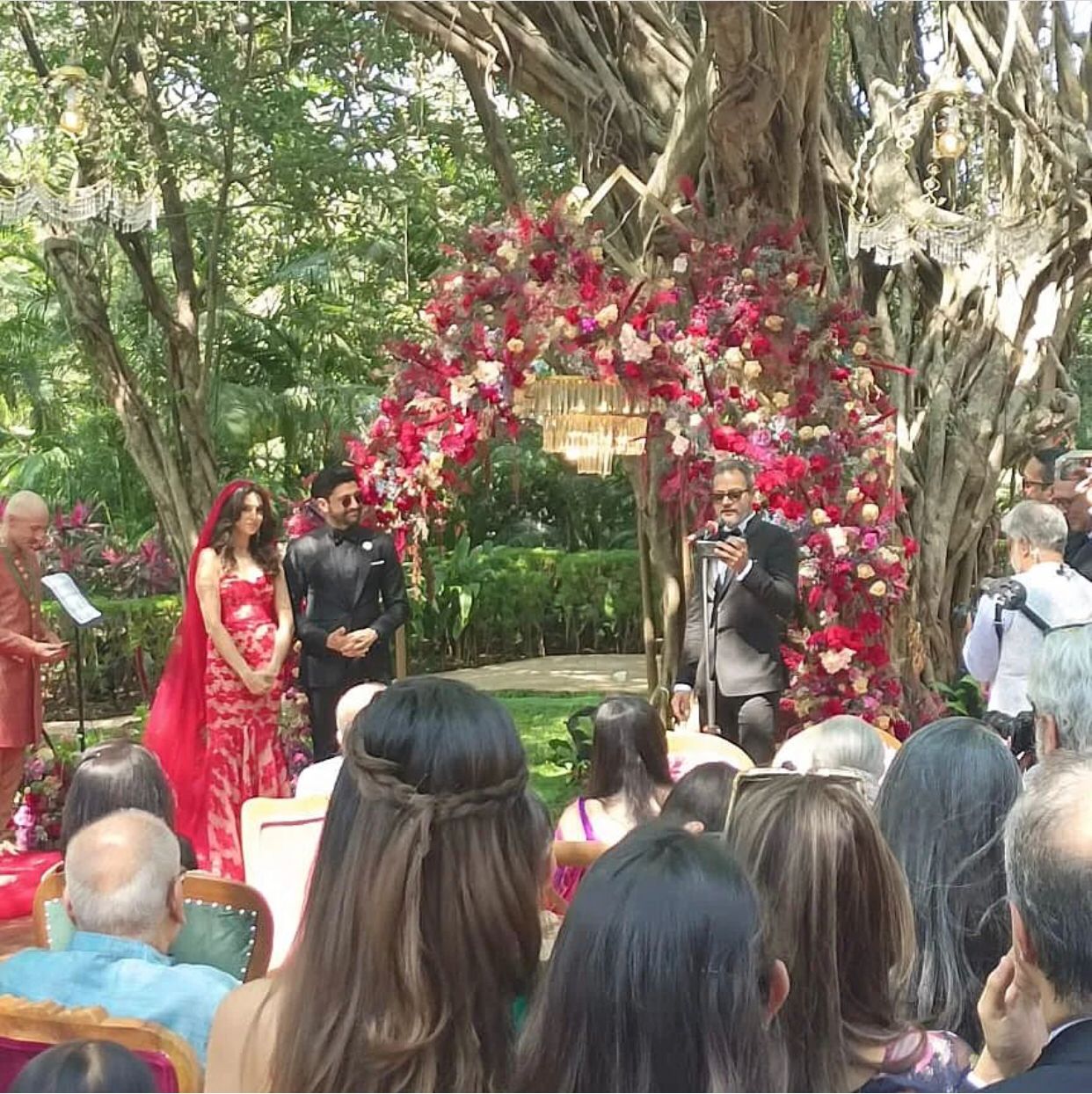 Scrolling through our IG feed, we had got hold of a video from Farhan and Shibani's Christian wedding. In the video, we could see the newlyweds grooving together in a garden area at their wedding while the guests were cheering for them. Farhan and Shibani had danced to the beats of the song, Dil Chahta Hai, being sung by none other than Shankar Mahadevan, who was one of the guests at their wedding. Undoubtedly, the couple was having a good time, and their happiness was visible on their faces. It was a magical moment, and we couldn't take our eyes off the much-in-love couple.

Before their wedding, the bride, Shibani Dandekar, had taken to her Instagram stories and had shared a glimpse of her wedding shoes. In the Boomerang, Shibani had given a sneak peek of her red wedding pumps from the brand, Aquazzura. The stylish heels were adorned with crystal embellishments on the scalloped straps. Along with the picture, Shibani had mentioned her excitement of entering into a new journey and had written: 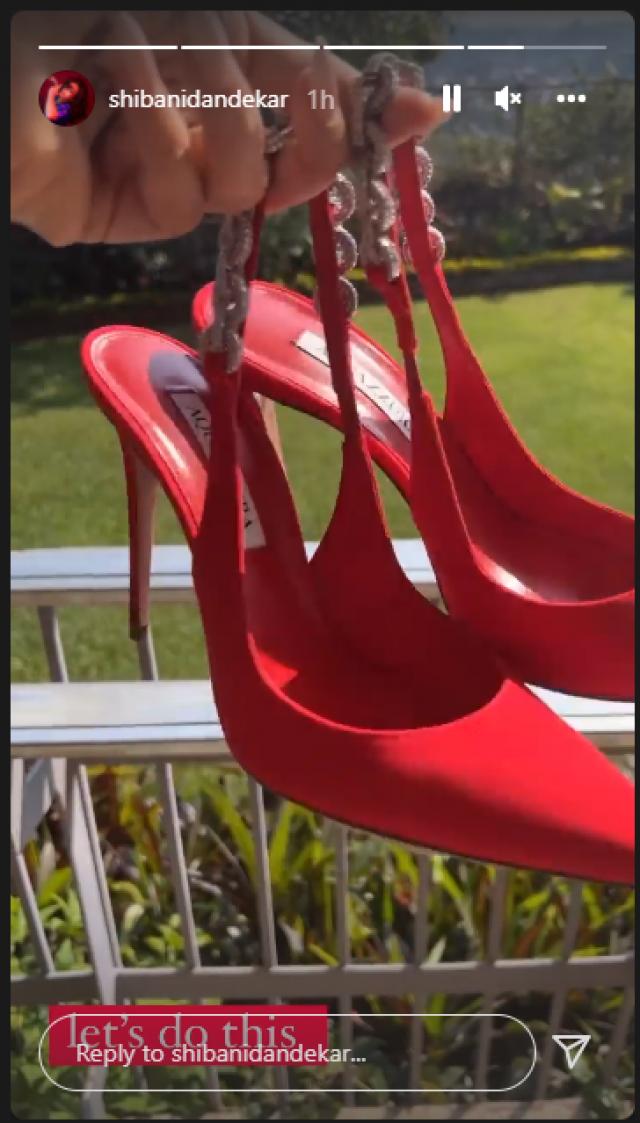 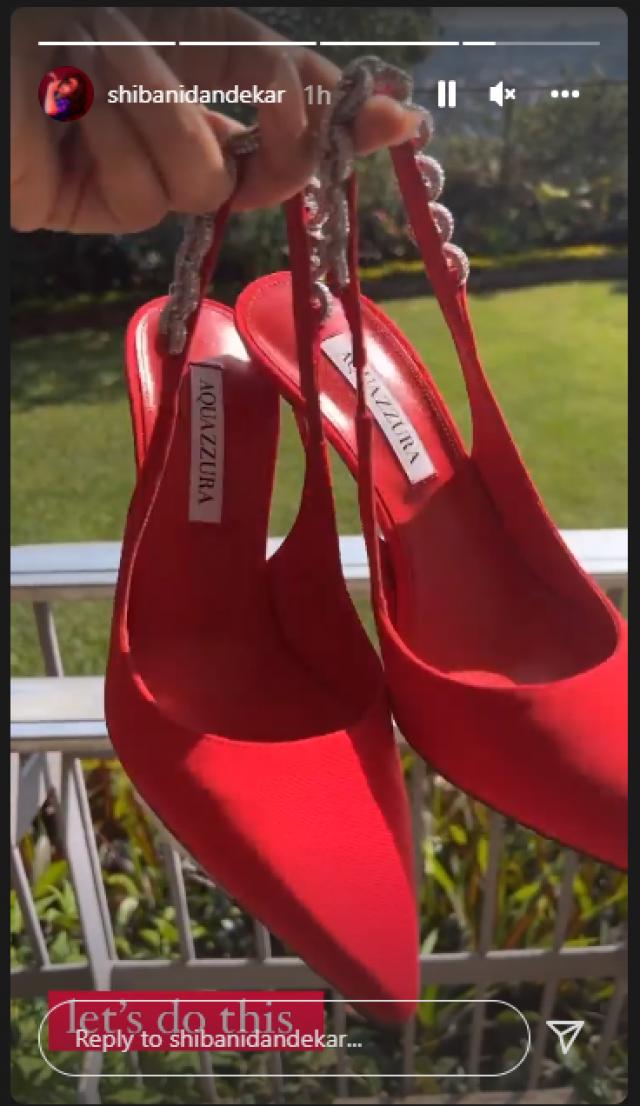 We wish Shibani Dandekar and Farhan Akhtar a lifetime of love and happiness! As per the media reports, the madly in love couple, Farhan Akhtar and Shibani Dandekar, are all set to tie the knot today, i.e., February 19, 2022. Javed Akhtar had confirmed their wedding news and had mentioned that it would take place at their family home in Khandala. For the unversed,