Farah Khan Shares A Throwback Picture To Wish Her Kids, Diva, Anya And Czar On Their 12th Birthday

Farah Khan Shares A Throwback Picture To Wish Her Kids, Diva, Anya And Czar On Their 12th Birthday

Farah Khan Kunder is a doting mother to her kids, Diva, Anya and Czar. On February 11, 2020, her triplets turned 12 and Farah wished them with a throwback picture. 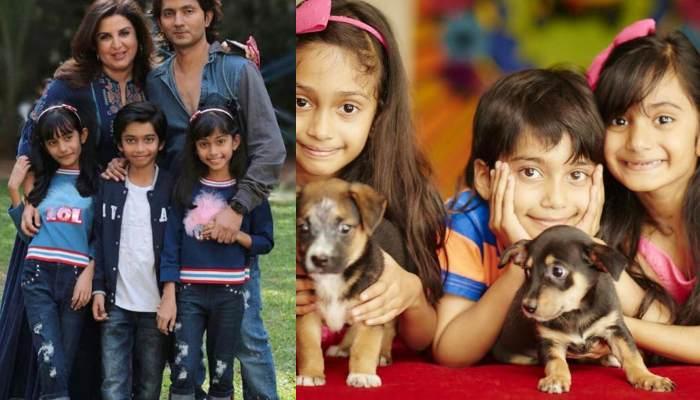 When a woman becomes a mother, all her thoughts begin and end on her child. A mother’s love is not just pure, but it is unique as well as she is the only one, who has the ability to divide her love equally among all her children without being biased. One of the most successful directors of Bollywood, Farah Khan Kunder is the perfect exemplar of a doting mother who adores her kids, Diva Kunder, Anya Kunder and Czar Kunder. (Also Read: Kalki Koechlin Shares First Family Picture With Her New-Born Baby, Reveals Her Water-Birth Story)

Farah Khan had gotten married to filmmaker, Shirish Kunder on December 9, 2004, and her wedding announcement came as a surprise to many as nobody was aware of Farah and Shirish's relationship. On February 11, 2008, Farah and Shirish had welcomed their triplets through IVF and since then, their life has been revolving around their children. Despite a demanding career, Farah tries to spend maximum time with her family and her social media handle is proof of the same where she keeps on sharing drool-worthy pictures of her kids. On August 15, 2019, which was Raksha Bandhan, Farah shared an adorable picture of her little ones. She had captioned it as “Teaching them to be independent YET wanting them to always depend on each other, the ironies of motherhood!"

On February 11, 2020, Farah Khan Kunder and Shirish Kunder’s kids, Diva, Anya and Czar turned 12 and to wish them, the doting mommy shared a throwback picture. Farah took to her Instagram handle and shared a throwback picture where her little girls, Diva and Anya posed with their father, Shirish while Farah was seen carrying Czar. Along with the picture, Farah wrote, “My world is small enough to fit into 1 picture… #tripletsturn12... time flies and it’s important to know what is truly important... #timeflies #flashback #birthday.”

Farah shared another picture of her triplets where her daughters, Anya and Diva twinned with each other in the shades of blue, her son, Czar was seen in a red hood and track pants. Along with the adorable picture, Farah wrote, “While we try to teach our kids about life, it’s actually them who are teaching us what life should be about #tripletsturn12... #diva #anya #czar... and #Astro...( because Anya will find a doggie wherever I take her.. his time).” (Also Read: Kapil Sharma Gives The Funniest Reply When Asked About How Did He Fall In Love With Ginni Chatrath)

On September 24, 2019, Farah had penned an emotional note for her son, Czar, who went for his first out-of-town camp. She had taken to her Instagram handle and had shared a picture of Czar dragging his luggage out of his room. Along with the picture, she had written, "If u think their messy room is hard to look at.. just wait till it’s empty. My boy goes for his first out of town camp and I am already getting the blues. #czar #1/3rdemptynest #dontgrowupsofast."

On December 8, 2019, Farah had taken to her Instagram handle and had shared a picture of her daughters, Diva and Anya happily playing with a puppy. Along with the picture, Farah had written, “EverReady to adopt another puppy... Anya is in dog heaven @worldforallanimaladoptions #adoptathons #animallover #anya #diva (and no we didn’t adopt another... already have Gulab & Jamun).”

During a launch event of a fertility clinic in 2016, Farah Khan Kunder had talked about her kids and was quoted as saying, “It is important that we come forward and take pride in this because it gives so much courage and so much hope to people who want to do it but are scared to do it. I proudly say that my children are from IVF and no, a pizza man did not deliver you." She had gone on to add, “I am not an actress. I had babies at the age of 43 because sometimes you just get so caught up in building your career that later you realize things. For me, IVF and guidance from a person like doctor Firuza Parikh was god-sent." (Also Read: Mahhi Vij's Six-Month-Old Daughter, Tara Is Already A Makeup Lover, Her New Picture Proves It Right) 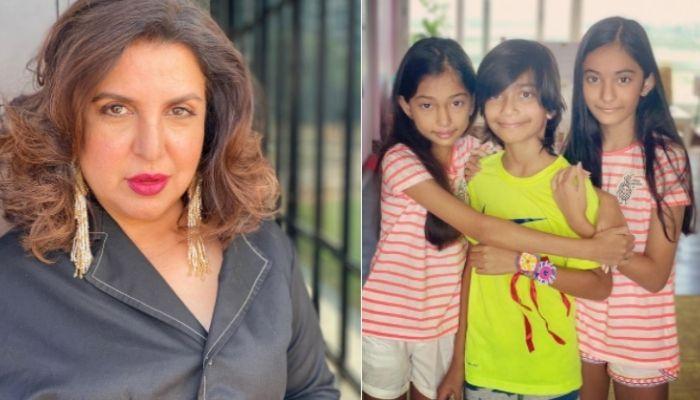 A mother and her child’s bond can never be explained in words. Sometimes it is hard for them to understand each other, still, there is no one, who can understand their bond better than them. Despite the altercations and varying thoughts, a mother gives her immense love to her kids equally