Farah Khan shares an adorable bond with her kids, Czar, Anya and Diva. On June 5, 2020, Farah shared a picture of Czar showing off his long and shiny hair.

Being a mother is the world’s greatest power, and it gives you the strength to fight anything under the sky. A woman’s world takes a U-turn when she sees the two red lines on her pregnancy stick. From that moment, she stops thinking about herself, and her entire focus shifts to her chid. She doesn’t care about the physical and emotional changes she undergoes, all she waits is for the day when she could finally hold her baby close to her heart. She not only nourishes her little one but also makes sure to imbibe good values in him/her. Choreographer-turned-director, Farah Khan Kunder is one such mother who dotes on her kids, Anya, Diva, and Czar Kunder. (Also Read: Sameera Reddy Gave A Haircut To Hubby, Akshai Varde And His Reaction Is Every Husband Ever)

One of the most successful directors of Bollywood, Farah Khan Kunder is a perfect example of a doting mother to her three musketeers, Anya, Diva, and Czar Kunder. Farah keeps on sharing pictures and videos of her children giving inspiration to all the mommies. On August 15, 2019, which was Rakshabandha, Farah had shared a lovely picture of her kids, who had looked adorable in their pink attire. She had captioned her post as "Teaching them to be independent YET wanting them to always depend on each other, the ironies of motherhood!" 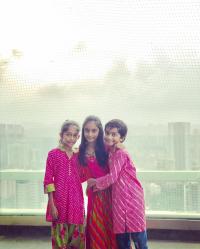 On June 5, 2020, Farah took to her Instagram handle and shared a video of her son, Czar. In the slow-mo video, Czar was seen flaunting his long and shiny hair. Along with the video, Farah wrote a caption stating that Czar is available for shampoo commercials. Her caption can be read as “I am hypnotised!! happy effects of this lockdown… czar gets to grow out his hair( clearly not using the hairband his mother so painstakingly knitted)… I can keep watching his hair in slo mo.. it calms me. p.s - he is available for shampoo commercials.”

Sometime back, Farah had penned an emotional note for her son, Czar, who went for his first out-of-town camp. She had taken to her Instagram handle and had shared a picture of Czar dragging his luggage out of his room. Along with the picture, she had written, "If u think their messy room is hard to look at.. just wait till it’s empty. My boy goes for his first out of town camp and I am already getting the blues." (Also Read: Ziva Dhoni's Laugh, Watching 'Papa', Dhoni Snuggle With Their Two Cute Pooches Will Make You Smile) 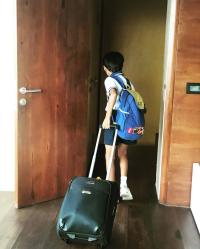 On February 11, 2020, Farah Khan and Shirish Kunder’s kids, Diva, Anya and Czar had turned 12 and to wish them, the doting mommy had shared a throwback picture. Farah had taken to her Instagram handle and had shared a throwback picture where her little girls, Diva and Anya posed with their father, Shirish while Farah was seen carrying Czar. Along with the picture, Farah had written, “My world is small enough to fit into 1 picture… #tripletsturn12... time flies and it’s important to know what is truly important... #timeflies #flashback #birthday.” 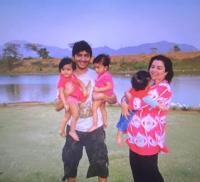 During a launch event of a fertility clinic in 2016, Farah Khan Kunder had talked about her kids and was quoted as saying, “It is important that we come forward and take pride in this because it gives so much courage and so much hope to people who want to do it but are scared to do it. I proudly say that my children are from IVF and no, a pizza man did not deliver you." She had gone on to add, “I am not an actress. I had babies at the age of 43 because sometimes you just get so caught up in building your career that later you realize things. For me, IVF and guidance from a person like doctor Firuza Parikh was god-sent." (Also Read: Arjun Rampal's GF, Gabriella Demetriades Opens Up About Spending Time With Son, Arik Amidst Lockdown) 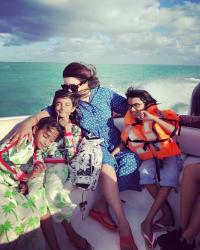 Well, we loved Czar’s hair. What about you? Let us know. 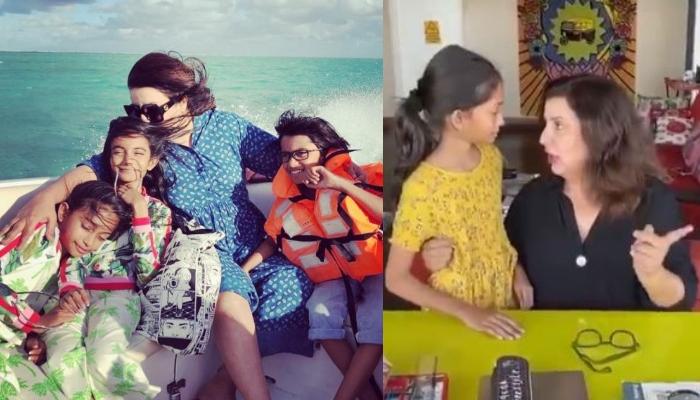 The whole world has turned into a beautiful portrait made by an 8-year-old kid, the mountains are greener than ever before, the sounds of birds chirping is loud and clear sky even in the cities, and every beautiful thing that has been tarnished by the intelligent human beings is rebooting 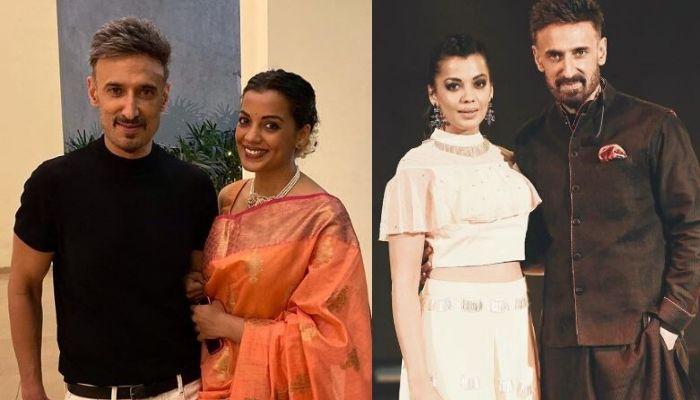