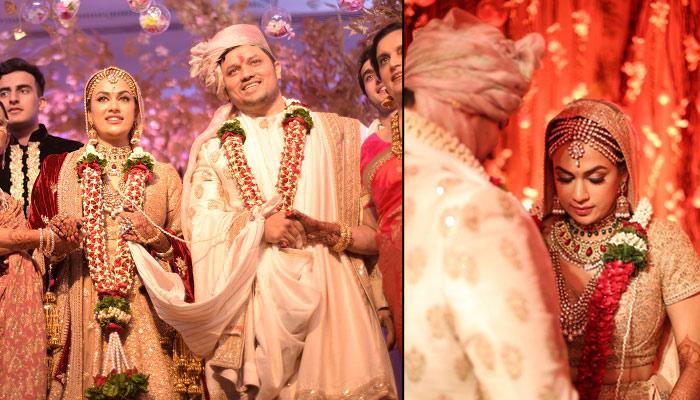 Famous restaurateur, Mihir Desai tied the knot with his girlfriend Disha Mehta, on June 29, 2017. It was a three-day affair and needless to say, was larger than life in every aspect.

Recommended Read: A Bride Chooses Her Wedding Lehenga Through FaceTime And This Is What Happens Next!

Mihir co-owns the popular chain of bars in Mumbai and Pune, the famous The Bar Stock Exchange, along with his childhood friend Amit Singh. Before tasting success with their current venture, the duo faced some failures earlier in life. In fact, there was a time when they had lost Rs. 2 crores in just six months. But today, they are quite an established name in the F&B industry. As per the reports, Disha is an entrepreneur and comes from a family which is into the construction and chemical industry. Disha and Mihir met each other through a family meeting. 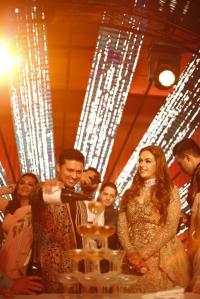 Also See: Love Story Of Nishit And Lisha That Started With A 'Hello'

The celebrations kick-started with a mehendi ceremony on June 27 followed by the engagement on June 28 and concluded with the grand wedding and reception on June 29, at the Taj Lands End in Bandra.

It was a Vrindavan-themed wedding for the couple, and the entire setup of the wedding looked no less than a grand Bollywood movie’s set. Talking about the grandeur of the wedding, the table for the sajan kot ceremony (the elaborate dinner hosted by the bride’s family for the groom’s side. It takes place after the varmala ceremony and right before the pheras), was decorated with the flowers which were brought in from abroad.

Since the groom is from the hospitality industry, every bit of the wedding menu had to be lavish. There was a vast variety of cuisines, and there was a separate banquet exclusively for the desserts! And that’s not all! The couple had a five-tier wedding cake from Mumbai’s famous La Folie Patisserie. Each tier of this customised French cake had different flavours of the couple’s choice. Well, when everything from the décor to the menu of this Indian wedding exhibited opulence, how could the outfits of the bride and the groom be any less! Both Mihir and Disha wore creations of ace bridal couturiers for each of their functions, and we must say their outfits were totally a delight to the eyes.

For the sangeet ceremony, the bride chose a Monisha Jaising creation while the groom opted for an outfit by the designer duo Abu Jani & Sandeep Khosla. 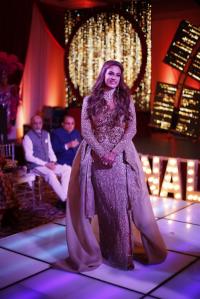 Both Mihir and Disha wore Sabyasachi on the wedding day and looked drop dead gorgeous in their colour-coordinated all-gold attires. 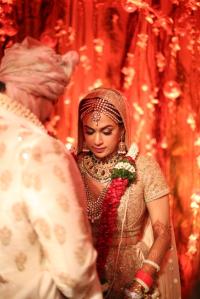 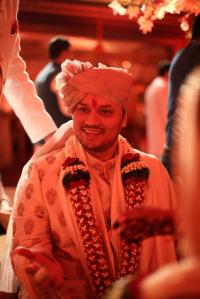 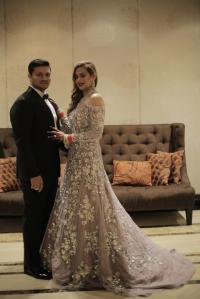 Here’s wishing the newlywed couple, Mihir Desai and Disha Mehta, a lifetime of happiness! In the end, let us leave you with a few more pictures of this big fat Indian wedding: 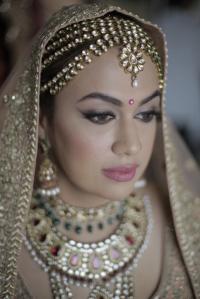