The society in which we live has a certain set of rules to follow. And, anyone going against them or seen defying them is usually frowned upon or shunned. Especially, when it comes to the marriage, family and kids, these norms become even more rigid. However, there are a few, who prefer to live their life their own way and challenge these norms without caring about what society says or does.

Like some of our Bollywood celebrities, who too have defied certain social norms. Some of their actions may raise a few eyebrows, but many have been appreciated as well for their actions.

Here is a sneak peak of few such Bollywood stars who challenged the society and followed their heart.

Recommended Read: 8 Plus Size Television Actresses Who Have Proved That Flab Is Fabulous 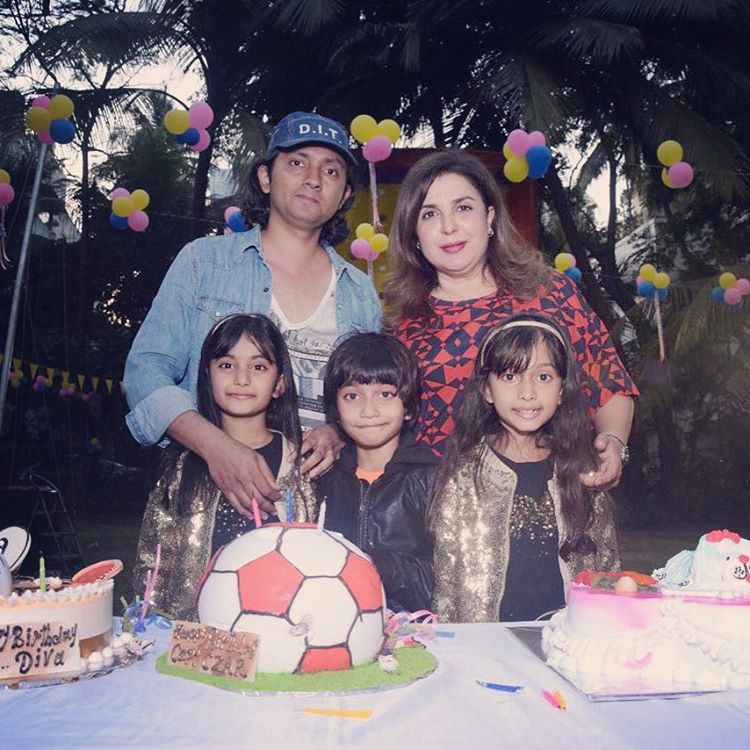 Kudos to tinsel town stars who have taken the route of IVF for bringing little bundles of joy into their lives. It was Farah Khan, who came forward openly to accept that she took help of medical technology to fulfil her desire of becoming a mother. After the director welcomed three lovely kids, a son and two daughters, celeb couples such as Aamir Khan and Kiran Rao, Sohail Khan and Seema Khan decided to opt for IVF. Most recently, Shah Rukh Khan and Gauri Khan experienced parenthood for the third time with AbRam through IVF.

Must Read: 5 Bollywood Celebrities Who Did Not Conceive Naturally In a society where blood relations and getting married at right age have always been given importance, it takes just one woman to break such traditions and that woman is Sushmita Sen. She is a 'happily single' mom, who has adopted two beautiful daughters, Renee and Alisah.

Talking about not needing a man and marriage to raise children, the actress says,

"I don't think I should walk with the system. Our society has made this system that gets graduate at 18, start worrying about marriage by 22, and have your first child by 27. I don't believe in that. Every person's DNA is different." 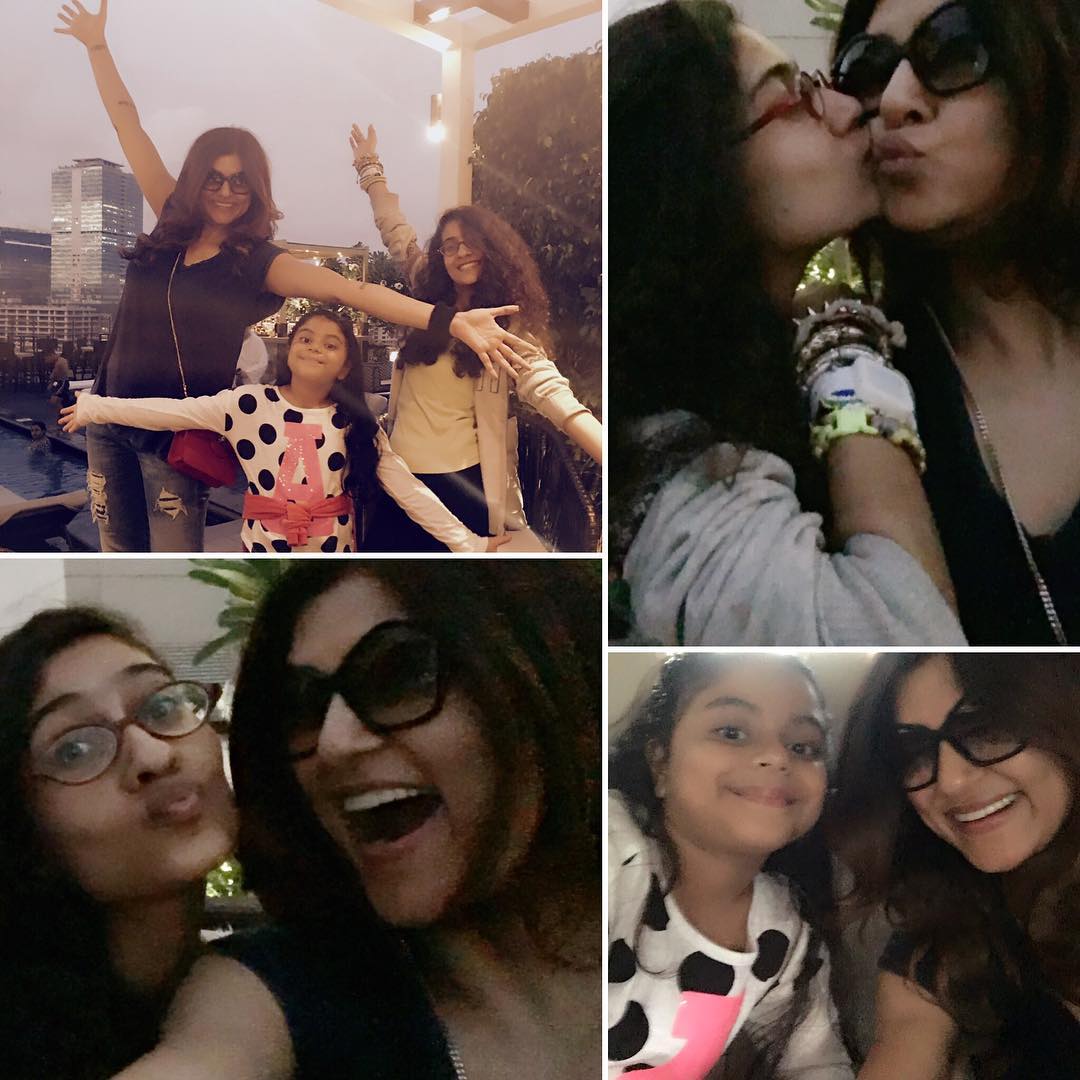 Coming to her decision of being a single mom, Sushmita had faced a lot of staring eyes. During Miss Universe pageant, she was asked, “If you have the time and money to embark on a great adventure, what would that be?”

“Adventure is something that I enjoy within me, and I think children are the little things that can really bring lots of adventure in life. If I have lots of money, I would do something for them.” And she stood by her words!

Must Read: 6 Inspiring Parenting Lessons Every Parent Should Take From Sushmita Sen Live-in relationships have always been considered a taboo by our society. But, superstars Kamal Hassan and Sarika, shunned this taboo and opted for a live-in relationship way back in1988. The much in love couple even had their first child, Shruti out of wedlock. Kamal split from his first wife of 10 years, Vani Ganapathy after he started dating Sarika. They both started living together and later married in 1991. But that marriage too did not work out well, and they separated in 2004.

On the failure of his marriage, the actor said,

"I never believed in marriage. People marry because of peer pressure but I don’t subscribe to the ‘herd mentality’. I married for the convenience of my women. And the society was such that Sarika and I couldn’t book a hotel room together even after we had two daughters." 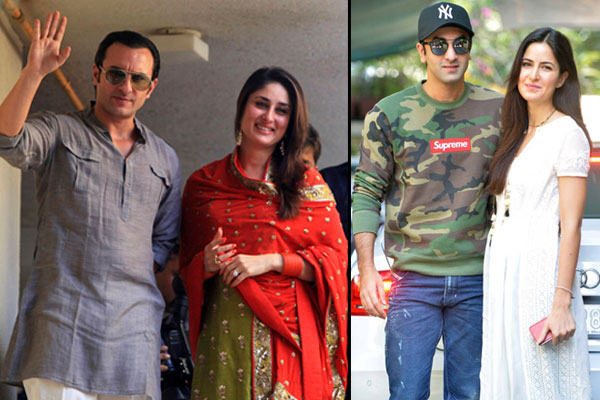 After Kamal Hassan and Sarika, live-in relationships, sort of normalised and several celebs from Bollywood as well as TV industry chose the same. Some of the most famous ones include Ranbir Kapoor-Katrina Kaif, Aamir Khan-Kiran Rao and Kareena Kapoor and Saif Ali Khan.

There are more names in the list, check out: 8 Famous Bollywood Celebrities Who Went For Live-in Relationships 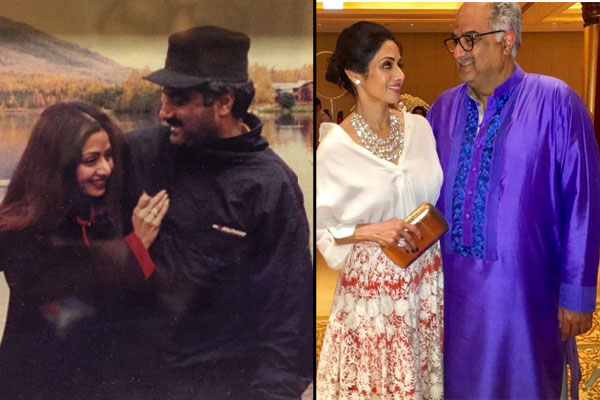 Also See: 7 Bollywood Divas Who Were Pregnant Before They Got Married

#5. Marrying with a huge age gap 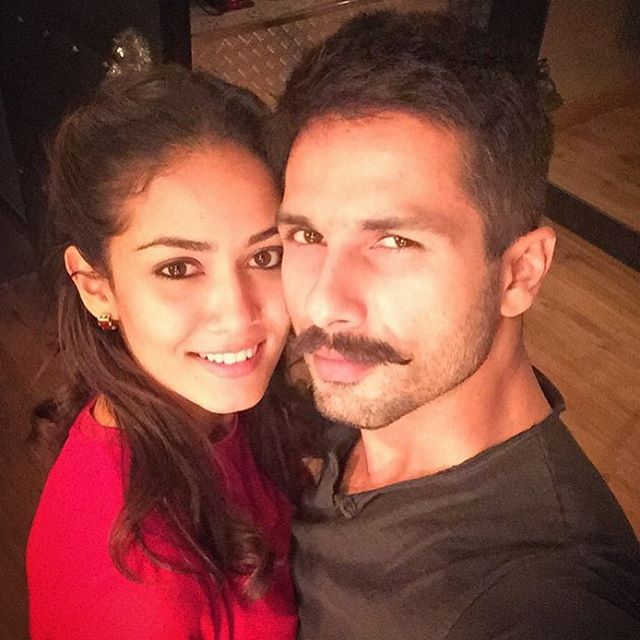 When we think of huge gaps, Bollywood has seen many celebrity couples in the past who had a massive age gap like Dharmendra-Hema Malini, but the most recent one that grabbed a lot of headlines is Shahid Kapoor. He married Mira Rajput, who is 13 years younger. Despite such a big age difference, Shahid and Mira today make a very happy and beautiful couple. With baby Misha entering their lives, the age difference doesn’t look like a problem anymore.

Must Read: 7 Bollywood Couples With More Than 10 Years Age Gap As we said before, our Indian society is such that it always expects a woman to be married at a certain age; anything beyond 30 is an alarming situation. But thanks to a handful of our Bollywood divas who married in their 40s, this norm has been broken for good. Preity Zinta married Gene Goodenough when she was 41, Urmila Matondkar married Mir Mohsin Akhtar, a model by profession, when she was 42 and lastly, the sweetest surprise was that of veteran actress Suhasini Mulay who tied the knot when she was 60.

Also Read: 7 Bollywood Actresses Who Made Us Believe That There Was Nothing Wrong In Marrying Late 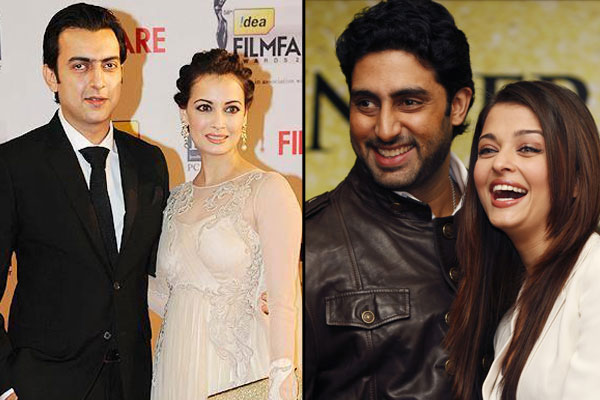 While there was a time when everyone believed that it’s man’s world out there, a few celebs chose to crush this belief and marry women who were way more famous than them. The most common name that pops in our heads is of Aishwarya Rai and Abhishek Bachchan. Recently, more Bollywood and TV celebs like Karan Singh Grover, Sahil Singha and Vivek Dahiya have gracefully moved to this list and broken the chain.

#8. Having a child out of wedlock Adopting babies when you are single is a different but having a baby without marriage is still somewhat a taboo. One actor from Bollywood who not just proudly welcomed his daughter out of wedlock, but also shared this happy news with the world is Rock On! actor Purab Kohli. Talking about his decision of not marrying his girlfriend when she conceived, the actor said:

"When Inaya was conceived, we were not married and it didn't matter to me. When Lucy called me and said, 'Hey, we are having a baby,' I said 'Wow. Let's do it.' There was pressure to get married. My mother was the most concerned and my family did say you guys have to get married quickly when she was pregnant."

Isn’t that a brilliant and a brave thing to do? We salute you Purab!

Next Read: 'Rock On' Actor Purab Kohli Is Happy That His Daughter Is A Love Child And The Reason Is Adorable

Our beloved Bollywood stars keep challenging the customs of the society and we applaud them for doing so! As long as their defiance moves in a positive direction, we wish them best of luck! To know what your favourite Bollywood and Tv celebs are doing these days, stay tuned with us.