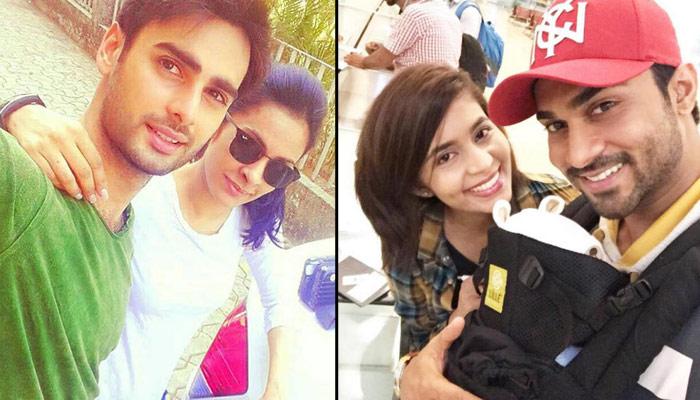 There is one thing in the world called celebrity crush, and almost every girl experiences this even after getting married. We watch actors on small, and give our hearts away to them even when we know that the crush or love (or whatever!) is unattainable.

Sometimes we don’t even know that the actor who we have a secret crush on is already married. Yes, here we bring to you a list of ‘chocolate boys’ and ‘hotties’ who are married and we didn’t even know. Scroll on to know who they are.

Recommended Read: 5 Famous Bollywood Celebrity Couples And Their Stunning Then And Now Pictures 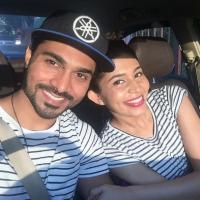 Salman Yusuf Khan broke many hearts of his female fans when he took the wedding vows with long-time girlfriend, Faiza Haramain. Salman and Faiza first met each other when they were in high school. Salman proposed the love of his life Faiza on December 9, 2000, and dated for almost 10 years before taking the plunge on December 27, 2013. 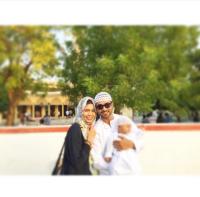 Salman rose to fame because of his outstanding dance moves in famous reality show, Dance India Dance. While he was busy with his work schedule, Faiza was working with an airlines as an air hostess. This gorgeous duo kept the spark of love alive even through a long distance relationship. Together they have a cute little baby boy named, Hamdan who entered the love nest in March 2016.

Do Check Out: Love-Filled Journey Of Salman Yusuff Khan And Faiza Harmain 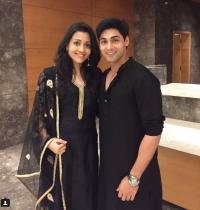 Kehta Hai Dil Jee Le Zara fame actor, Ruslaan Mumtaz stole many hearts when he debuted in this daily soap that was aired on Sony channel. He bagged a lot of female fans after this show, but no one knew that this guy was already taken. This handsome hunk is married to a gorgeous lady named, Nirali Mehta.

The couple tied the knot in a grand style on March 2, 2014. They both first met in a dance class and Ruslaan fell in love with her then and there. Their love story is not so known, but it’s no less than a Yash Raj film story. Didn’t read it earlier, check it out here! 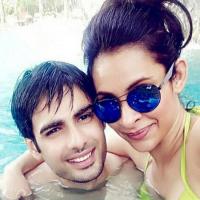 Varun Kapoor became crush of all the girls the time he appeared as Varun Mehra in famous television show, Bayttaab Dil Kee Tamanna Hai. And not just that, girls are going crazy for his ‘chocolate boy’ like charm on the running show, Swaragini. 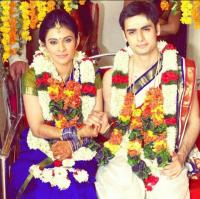 But girls hold on! This cute, sweet and charming guy is already taken. Varun said ‘I Do’ to his long-time girlfriend, Dhanya Mohan on January 24, 2013. The actor is currently enjoying the marital bliss to the fullest. Here’s what he said once in an interview:

You May Like: Love Story Of 'Swaragini' Actor Varun Kapoor And His Wife Dhanya Mohan 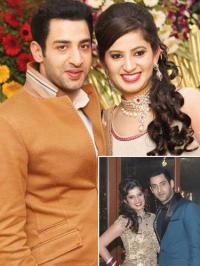 One of the hotties of telly land, Kanan Malhotra is a married man too. Last seen in the popular daily soap opera, Rab Se Sohna Isshq, this guy has made many girls crazy. Kanan had an arranged marriage with an interior designer from Delhi named, Aakanksha Dhingra. The couple got engaged on December 26, 2013, and walked down the aisle on May 1, 2014.

Their wedding was a grand affair, which was full of music and bhangra. And not just that! There was a special reception function also for all the industry friends. Kanan and Aakansha are truly made for each other and are enjoying the elated bliss of matrimony to the core. The actor was earlier engaged to his co-star and famous actress, Ekta Kaul, but soon they parted ways for reasons known only to them. 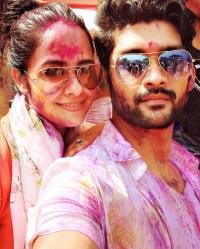 Aditya Redij is a perfect example of a ‘tall, dark and handsome’ guy that every girl wishes for. And when he appeared in Colors TV’s famous serial Na Aana Is Des Laado, many girls wanted to get married to him. He is hot, he is handsome, he is charming, and what not! 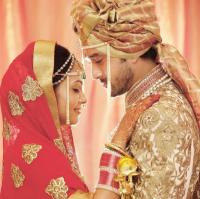 But do you know that this hottie got married to her co-star from the same show, Natasha Sharma. Yes, the on-screen Siya-Raghav jodi soon turned to off-screen Aditya-Natasha jodi. In the presence of their close pals and family members, they got engaged on April 29, 2012, and got married soon after. In an interview, he even talked about their family plans and said:

“It's been a wonderful time for me and Natasha post marriage. Life has changed for good with it. We are thinking of starting a family.”

Don't Miss: 11 Real Life TV Couples Who Have A Steady Relationship Even After Many Years Of Being Together

Sahil Mehta aka Yuvraj Birla of famous television show Suhani Si EK Ladki got married recently on May 1, 2016 to his long-time girlfriend and creative director, Eesha Danait. Sahil and Eesha met for the first time on the sets of Love Express. 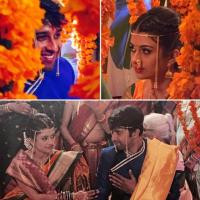 The connection between them started off on the face of it and they became really good friends then and there. After dating for almost two years they decided to take their relationship to the next level by tying the knot. And believe us it was a full-fledged Maharashtrian style wedding (For their wedding pictures, click here).

Yes girls, this Ruk Jaana Nahin fame actor is a married guy! Sometime people find love themselves that’s called love marriage and sometimes, it’s someone who helps them find the perfect match. So, Anirudh’s case is the latter one. He found the love of his life Shubhi Ahuja through an arrange marriage. 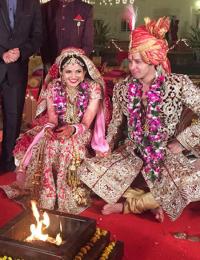 And the twist is that Shubhi has been his co-star for a famous television show called Bandhan where she vowed not to marry him. But soon tables turned and they decided to get married. They tied the knot on November 25, 2015 in a very royal manner. And presently, they are enjoying the marital bliss to the fullest!

Yes guys, this Rudra of Gangaa aka Deepak Wadhwa is a happily married guy. The heartthrob tied the knot with the love of his life, Sayantani, who happens to be a stylist by profession. The lovebirds walked down the aisle on August 14, 2014 in Delhi in a Punjabi-Bengali style. 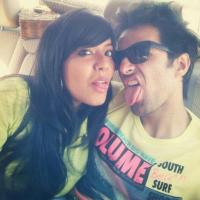 Talking more about their love story, the two had a chance meeting and had very weird first impressions of each other. Here’s what the actor said:

"My first impression of her was that she is a very arrogant girl because she does not know me. I was doing pretty well in modelling at that time."

But the two soon fell for each other and rest is history! Here’s a sneak peak of their aww-dorable love story!

Well, these were a few famous hotties that we see on small, and many girls give their hearts away to them without even knowing that they are happily married guys.