Esha Deol opened up about the paparazzi culture and why she wants to keep her daughters, Radhya Takhtani and Miraya Takhtani out of the limelight.

Veteran actors, Hema Malini and Dharmendra’s daughter, Esha Deol, got married to the love of her life, Bharat Takhtani, on June 29, 2012. In October 2017, Esha and Bharat had embraced parenthood for the first time and had welcomed an angel, whom they have named Radhya. In June 2019, Esha and Bharat became parents for the second time with the birth of their daughter, Miraya.

After the birth of her firstborn, Radhya, Esha Deol had made her come back with a short film, Cakewalk, in 2019. During her second pregnancy, Esha had written a book on her experiences of motherhood. Though the actress is quite active on social media, she rarely posts pictures of her daughters, unlike other celeb parents. 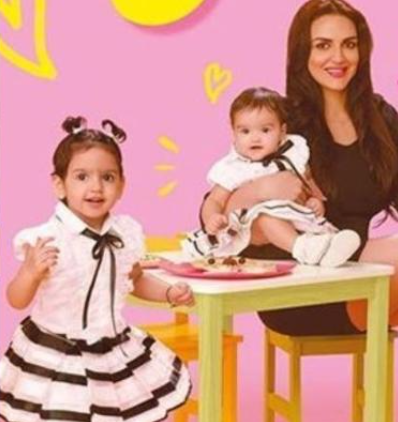 In an interview with ETimes, Esha Deol revealed why she prefers to keep her daughter, Radhya and Miraya, out of the limelight. Talking about the pap culture, Esha said, "Today, I think it is the culture that we have picked up. The paparazzi are just doing their job; they have always given a lot of respect to my family and me. If I am ever not comfortable being photographed, they don’t click me. I share a lovely understanding with them. My kids are for my husband, family, and me, and I prefer to keep them private; it is me who is a public figure. I want my kids to have a normal childhood too." Esha also revealed how things were different when she was growing up. She stated that even after being the daughter of superstars, she had a normal childhood. Speaking about the same, Esha retorted, "Yes, my parents are superstars... They are legends, but both of them have been excellent in bringing us up in a humble and down-to-earth manner with a lot of discipline, and have instilled sanskaar, and taught us to respect our elders. I give them the complete credit of giving us a normal childhood. Even in the school that they sent us to, we were treated normally, not as star kids. I travelled in rickshaws. I played a lot of sports back then and we had to go to tournaments at various places around the country and we all travelled by train. People who know me today, know that I can be as normal as I can be." In July 2021, Esha had announced her next project with her Yuva co-star, Ajay Devgn, ending her sabbatical. To announce the same, Esha Deol Takhtani had written, "Happy to share with you all that I am returning in front of the arc lights opposite Ajay @ajaydevgn who has been a fabulous co-star to me in many films, in the web series - "Rudra - The Edge of Darkness"."

Also Read: Kishwer Merchantt Flaunts A Necklace With Son, Nirvair's Name, Says She Keeps Him Close To Her Heart 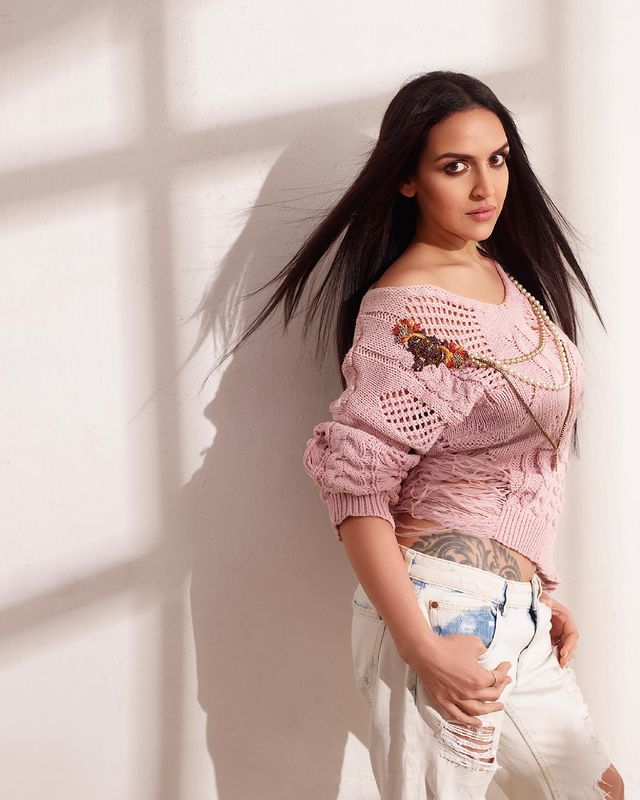 On the work front, Esha Deol Takhtani was last seen on the silver screens in the film, Kill Them Young in 2015. 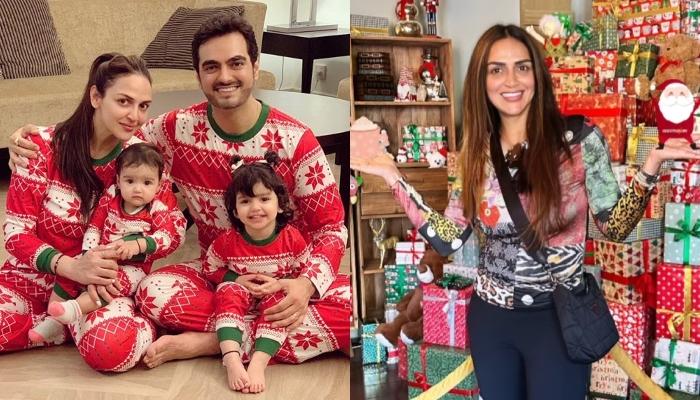 Bollywood actress, Esha Deol tied the knot with the love of her life, Bharat Takhtani, on June 29, 2012, and later in October 2017, the couple welcomed their first child, a daughter, Radhya Takhtani. Later, in June 2019, Esha and Bharat again became parents with the birth of their second