Esha Deol Pens An Appreciation Post For Mother-In-Law, Puja Takhtani, Reveals Why She Dotes On Her

Esha Deol Pens An Appreciation Post For Mother-In-Law, Puja Takhtani, Reveals Why She Dotes On Her

Esha Deol Takhtani penned an appreciation post for her mother-in-law, Puja Takhtani and posted adorable glimpses with her.

Daughter of one of the most iconic couples, Hema Malini and Dharmendra, Esha Deol had always wanted to marry someone as handsome as her father. She had met Bharat Takhtani at the age of 13 but had never thought that they were destined to be together. Being from different schools, Esha and Bharat would often cross paths during inter-school competitions. It was love at first sight for Bharat, however, Esha had taken her own sweet time.

On June 29, 2012, Esha Deol and Bharat Takhtani had exchanged their wedding vows. Together they had weaved a paradise with their daughters, Radhya Takhtani and Miraya Takhtani. Esha had made her comeback to acting in 2018 with her short film, Cakewalk. She had made her OTT debut with the web series, Rudra - The Edge of Darkness. We often get glimpses of Esha's personal life through her respective social media handles. A few moments back, Esha took to her IG handle and penned an appreciation note for her mother-in-law, Puja Takhtani. Sharing pictures with her, Esha revealed why she feels her mom-in-law dotes on her. Her note can be read as:

"When your mother in law comes & spends the entire day on set with you….. you know she really loves you coz it takes a lot of patience to sit & watch one filming. Mummyji’s try this!" 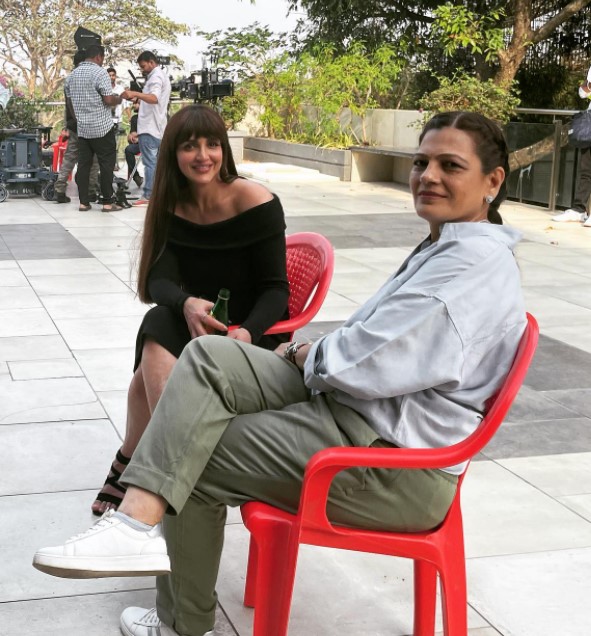 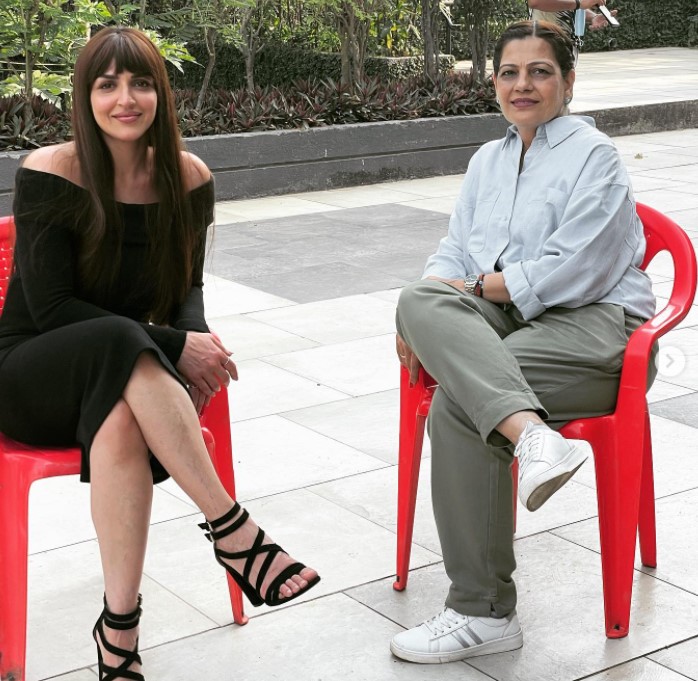 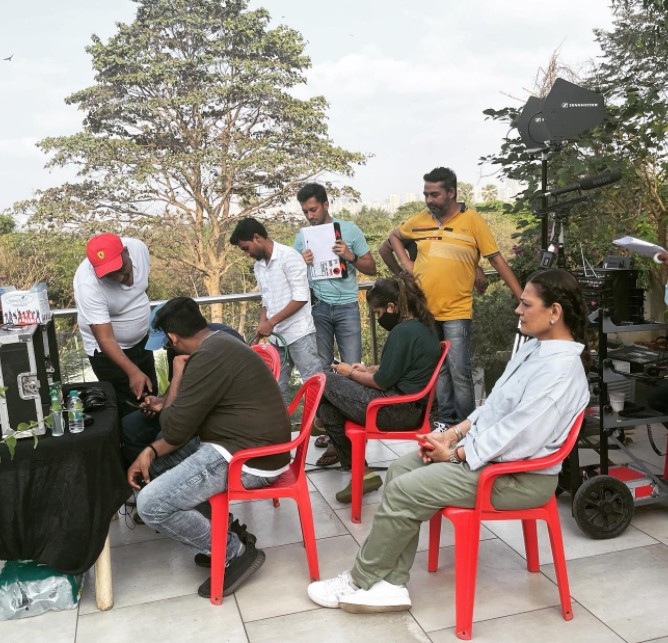 Esha shares a warm bond with her in-laws and has never failed to give us some serious bahu and sasural goals. On Diwali 2020, Esha had taken to her IG handle and had posted an adorable picture from the celebration. Posing along with her mother, Hema Malini and mother-in-law, Puja Takhtani, Esha had written:

"Diwali celebrations at home with my beautiful ladies by my side my mother @dreamgirlhemamalini mum in law @pujatakhtani & loved ones." 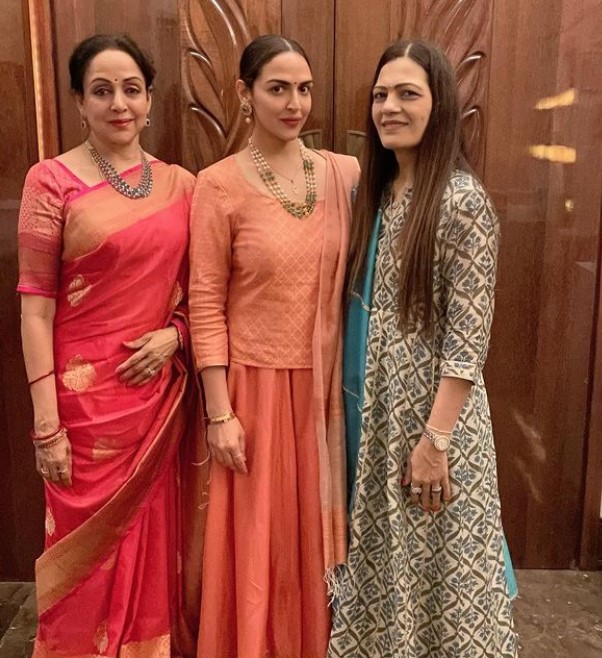 It was at Esha’s devar, Divesh Takhtani’s wedding in March 2018 when the beautiful bhabhi had ensured to enjoy to her fullest! From dolling up in the most gorgeous manner to dancing her heart out on the song, ‘Jumme Ki Raat’ at the baraat, Esha had shown the world how fun it is to have a devar in the family! Esha had taken to her IG handle and had shared fun-filled glimpses from the same.

Esha Deol and her husband, Bharat Takhtani, are currently living the best days of their life, and are in the happiest place. The adorable couple had completed nine years of their wedding on June 29, 2021. To mark the special day, Esha Deol Takhtani had posted a black-and-white picture with the love of her life, Bharat Takhtani. To caption the loved-up and smiling picture, Esha had written:

Recommended Read: 'Mirzapur' Fame, Shweta Tripathi Reveals On World Theatre Day That Stage Has Led Her To Her Husband 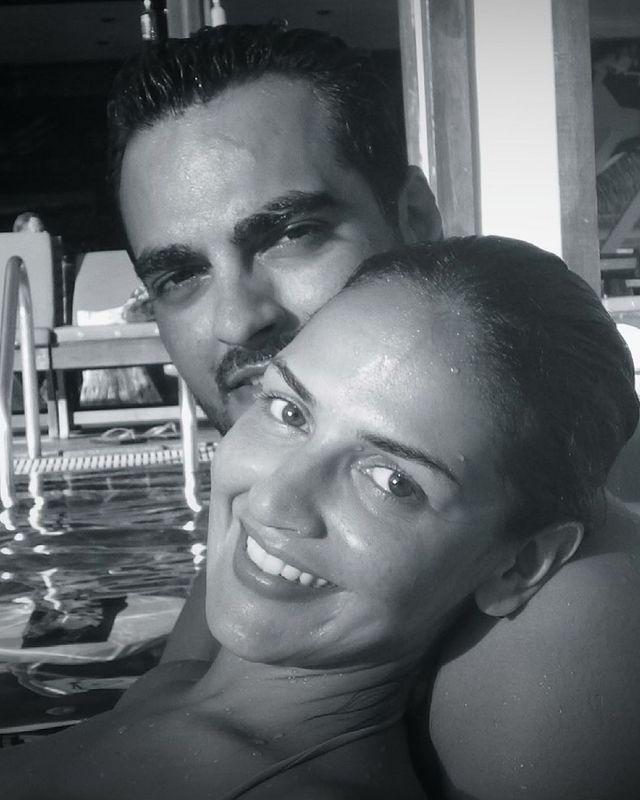 Esha Deol hails from a filmy family, and Bharat Takhtani is from a conservative business family. In the Sindhi joint family of the Takhtanis, Esha was the first bahu in their seven cousins, just like her mother's character in Satte Pe Satta. But she had fit in the family so well that Bharat could not stop praising her. Back in 2013, in an interview with the Filmfare, Bharat had remarked:

"It seems impossible that someone from a film family and I who am from a conservative business family would ever come together. She's the first bahu in our joint family of seven cousins. She takes care of my mother, her moods, she's gelled so well. Actually, Esha's always been gharelu though she liked to believe she was the boy of the house. She's caring and responsible. She's aware of what keeps me happy. I'm a foodie, I live to eat. And she sees to it that my favourite dishes are prepared at home. In fact, for someone who didn't know how to make chai, just the other day, she cooked Khow Suey." 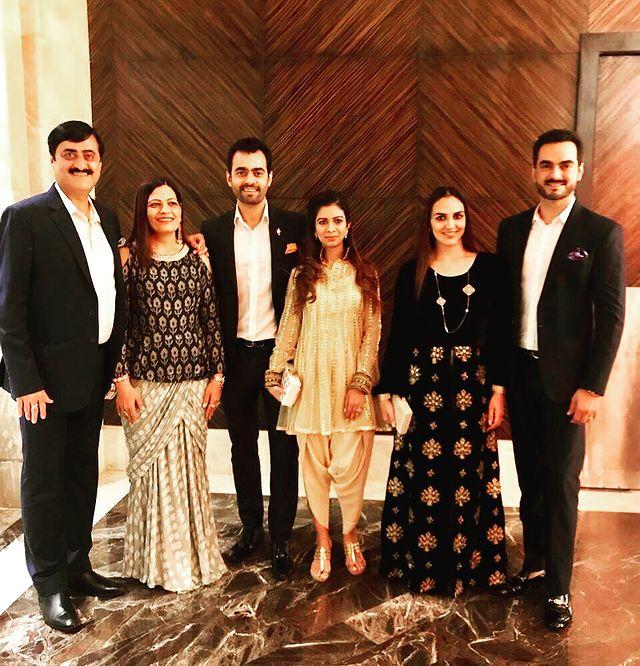 On the professional front, Esha had launched her production house with hubby, Bharat Takhtani.