Eight years ago, Bharat Takhtani and Esha Deol had become husband and wife and to mark their 8th anniversary, the latter went down the memory lane and posted some unseen pictures from their wedding.

As a working couple, it is difficult to squeeze out time for your partner amidst the hectic work schedules. So the anniversary comes as a special occasion when you don't want to compromise on anything and make it extra special for you and your partner. Be it your first, second or nth anniversary, it holds a special space for both of you and you might want to cherish the beautiful memories again with your partner on this day. The day when you were pronounced as husband and wife in the presence of your parents, siblings, relatives and friends, is the day to be remembered forever. (Also Read: Erica Fernandes Admits Dating Someone For 3 Years, Reveals How Rumours With Parth And Shaheer Affect)

For Dharmendra and Hema Malini's daughter, Esha Deol, the special day was June 29, 2012, when she had taken a step towards the happily ever after with her beau, Bharat Takhtani and had exchanged wedding vows. Being from different schools, Esha and Bharat would often cross paths during inter-school competitions and while it was love at first sight for the latter, she had taken her sweet time to fall in love. But since Esha and Bharat had become each other’s forever, their bond has gotten stronger with each passing day. 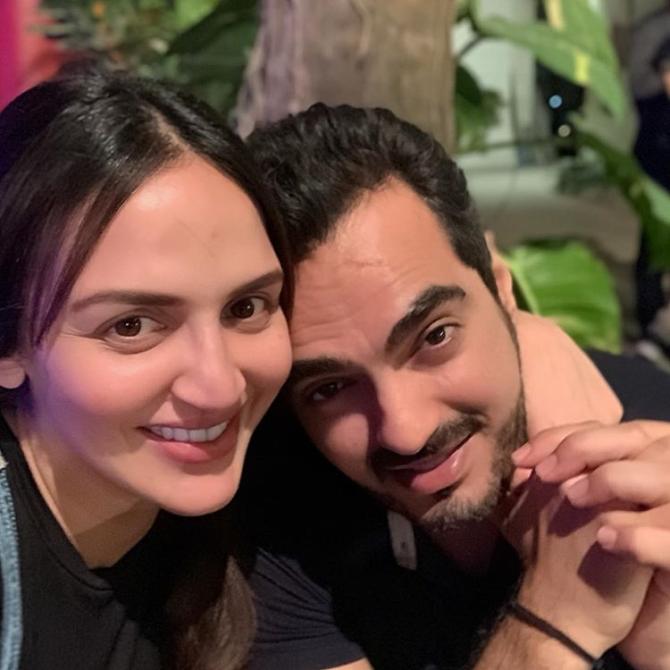 Eight years ago, Bharat Takhtani and Esha Deol had become husband and wife and to mark their 8th anniversary, the latter went down the memory lane and posted some unseen pictures from their wedding. To wish Bharat on their 8th anniversary, Esha posted a picture from their wedding rituals and wrote, "This day many years ago... my forever, my love, together for keeps together for eternity! Love u my BeeTee God bless @bharattakhtani3." On her IG story, Esha posted a picture with her brother, Abhay Deol performing the wedding rituals and her parents, Hema Malini and Dharmendra standing by her side. On May 19, 2020, Esha Deol had posted her vidaai video and it had given us a glimpse of the inconsolable Deol family. The video had perfectly captured the emotional moment of the family, the dewy-eyed bride and her sister and the teary-eyed parents. Esha had said in the video, “I’m someone who doesn’t cry so easily. I don’t remember the last time I probably cried. When I see that vidaai video, I cry, even today I cry. It was the most close-knit group of people of mine out there and it was something that was so magical, so heartfelt.” (Also Read: Esha Deol's Throwback Photo With Mom, Hema Malini And Nani Is A Perfect Capture Of Three Generations)

At the age of 13 only, Bharat Takhtani had lost his heart to the star daughter of the Deol family, Esha Deol. Bharat's affection soon deepened for Esha but he had no idea who she was. Esha had considered him only as her ‘friend’ until 10 years later, when in a chance meeting at Niagara Falls, they had reignited their friendship. Earlier in school when Bharat Takhtani had playfully decided to hold Esha Deol’s hands, she had gotten offended and had said, “How dare you hold my hand?” So, years later, when Bharat realised that Esha has developed a fondness for him, he had asked her, “Now can I hold your hand?” To which, she had then given a nod and to his delight, she had added that he can hold it forever. 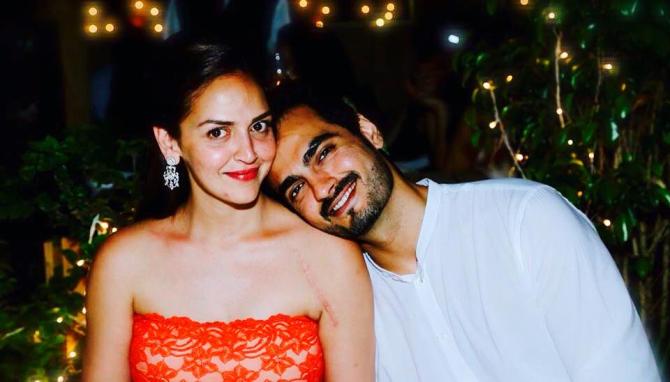 Meeting your partner’s parents for the first time is a mixed feeling of excitement and nervousness. The anxiety and fear of will they like you or not, what if things go wrong in the meeting or how you will impress them and assure them that you’re the right one for their daughter/son, makes everything downright stressful. Do you know how casually Esha Deol had introduced her then-beau, Bharat Takhtani to her parents, Hema Malini and Dharmendra? 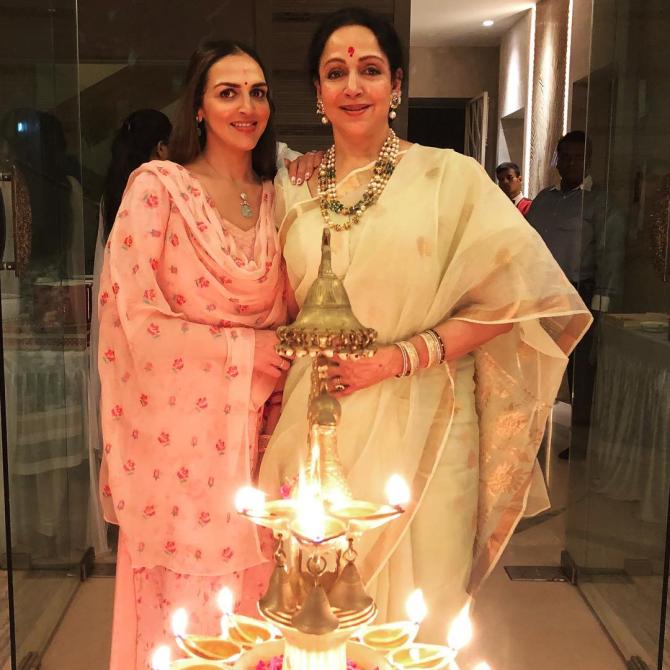 Recalling how casually she had called up her mom in her room to meet Bharat Takhtani, Esha Deol had reminisced, in an interview with the Filmfare, “I called out to her and said, ‘Mama, come up! I’ve something to show you’. Mom came up to my floor, casually playing with the dogs, unaware of what was in store. Then I introduced her to Bharat. Both being Librans, hit it off instantly!” Revealing about her dad, Dharmendra’s meeting with Bharat, Esha had said, “Papa and Bharat sat alone and chatted for an hour.” Bharat had continued, “Dharamji’s seen life. He listed a few things and asked whether I’d be able to fulfil those. I’ve turned more responsible after that meeting. I’ve already fulfilled half of the things from that list.” (Also Read: Esha Deol Addresses Postpartum Depression Post Miraya's Birth, Shares How Mom Hema Malini Noticed It)