Esha Deol shot for an ad commercial for baby care products along with Vrihi Kodvara Bhanushali. Esha proudly flaunted her baby bump during the shoot and her baby girl, Radhya Takhtani joined her. 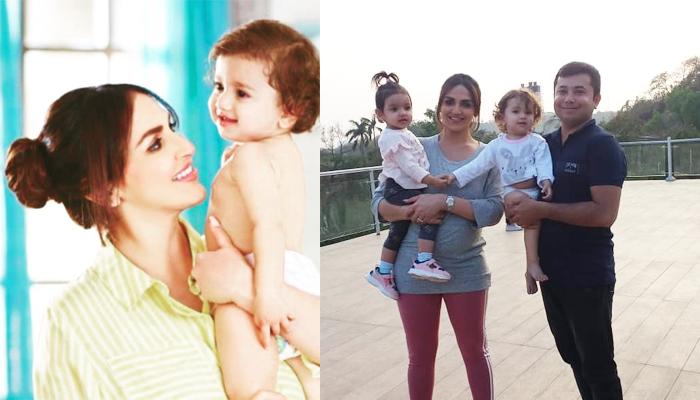 Motherhood is the best phase in a woman’s life and there is no greater bliss than those 9-months and then, the joy of delivering a baby is beyond words. Many of our favourite Bollywood celebrities who have recently embraced motherhood or are about to, in some time, have been giving us major #pregnancygoals and #motherhoodgoals. One such celebrity is Hema Malini and Dharmendra’s darling daughter, Esha Deol who is all set to become a mother for the second time. It was on June 12, 2012, that she got married to the love of her life, Bharat Takhtani. 5 years later, on October 20, 2017, Esha and Bharat became parents to their first child, a baby girl whom they adorably named Radhya. (Suggested Read: Ranveer Singh Cannot Keep Calm Seeing Deepika Padukone Laugh Her Heart Out)

Esha Deol is now pregnant with her second child. On January 23, 2019, Esha Deol announced her second pregnancy with the help of her little baby girl, Radhya Takhtani. Esha took to social media and shared a photo of Radhya with the words, 'I'm being promoted to "BIG SISTER"' written atop it. Reportedly, Esha Deol is due in August 2019. 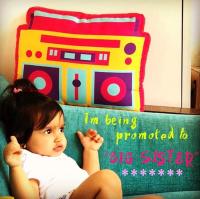 Esha Deol is a power-packed woman in every sense and the way she is conducting her pregnancy is worth applauding. Why? Well, she recently shot for an ad commercial for baby care products along with the infant model and immensely cute, Vrihi Kodvara Bhanushali. Esha Deol proudly flaunted her baby bump during the shoot. This is rare, isn’t it? Against the general notion of no-work-during-pregnancy, Esha Deol has proven to be breaking stereotypes. Sharing a snap from the commercial, Esha Deol wrote on Instagram, “I recently shot for an #addcommercial with this #supercute #supertalented #baby @vrihikodvara #diaper #advertisement #shoots #pregnancy #mommymode #indianbabies #vrihikodvara #styledby @trishadjani & @akankshasavanal #gratitude.” 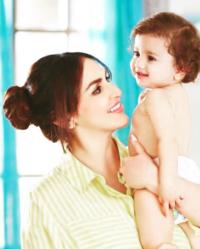 In fact, to add more cuteness to the ad, Esha Deol’s first baby, Radhya dropped in on the sets of the ad. A picture from the same has surfaced on social media and trust us when we say that the cuteness level is too much to handle. Take a look at Radhya Takhtani with mommy, Esha Deol on the sets along with, Vrihi Kodvara Bhanushali: 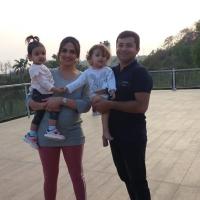 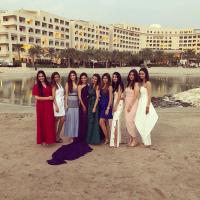 Expressing her happiness about her second pregnancy, Esha had recently shared with the Mumbai Mirror, “I am a mother inside and out. I have a daughter who is one and half. I am expecting my second baby now. Motherhood has definitely made me grow overnight.” 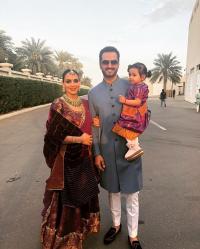 In a throwback interview, Esha shared how her life changed post-Radhya’s birth, “Mamma, Ahana and my in-laws comprise a strong support system for Radhya. My life feels more complete now, after having had her. Motherhood has made me more confident, content and relaxed as a person, it has worked like magic for me. A large chunk of my daily routine involves Radhya now. As soon as I finish this interview, it will be her bath time. We maintain a strict routine for her.” 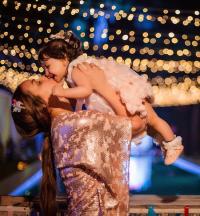 During her two pregnancies, the one person who has been her constant support is her husband, Bharat Takhtani. Esha Deol had once shared reverently the things she love about her hubby, Bharat Takhtani. She was quoted as saying, “I realised that he’s someone who’ll be mine and remain loyal. I’ve always been a protected child but now I feel even more protected. I don’t feel like a lost soul anymore. There’s more purpose to life, something to look forward to. There’s a companion to hold my hand, haath pakdne wala koi hai. Bharat’s outgoing yet traditional. In a way, he’s like Papa; he knows how to keep his family together. If he can love and care for them, he won’t let me down either. Also, he’s comfortable with my celebrity status. He doesn’t view me as Esha Deol, he knows me as Esha, his friend.” (You May Like: Anand Ahuja Shares A Picture With Sonam Kapoor From Their Airport Diaries And We All Can Relate) 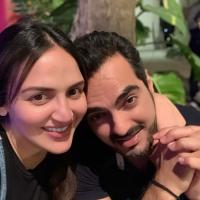 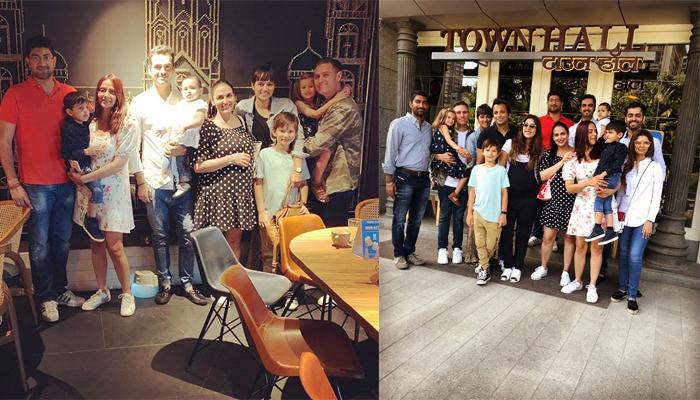 On January 31, 2019, Esha Deol had taken to her official Instagram handle to share the sweetest piece of news of her pregnancy with her fans. By sharing a pic of her first baby, the super-adorable Radhya Takhtani sitting beside a cushion with words, “I’m being promoted to Big Sister” written